In the Posadas Hall of the Duhau-Park Hyatt Palace in Buenos Aires, the general director of BAphoto, Diego Costa Peuser, and the artistic director of the fair, Francisco Medail, presented the programming of the fifteenth edition of the most important photography fair of Latinamerica. Two weeks before the inauguration on September 5, gallery owners, journalists and diverse actors of the scene participated in the presentation of BAphoto 2019 and closed with a lunch at the Arts Saloon s with an exhibition by photographer Carlos Dick-Naya. 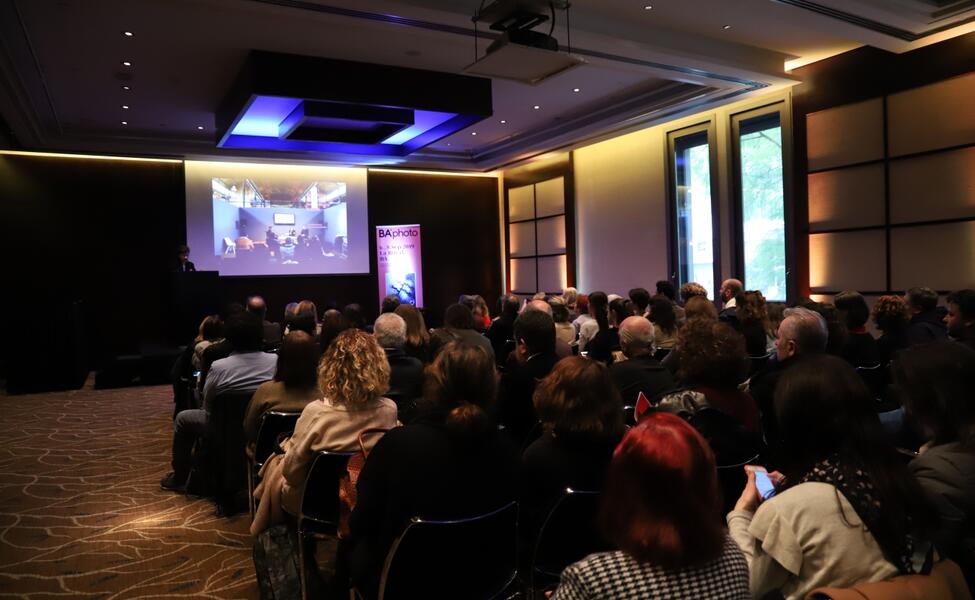 The 2019 edition of BAphoto is the 15th anniversary of the fair that grows year after year. The four days of the fair will take place from September 5 to 8 in the the Fairground of Buenos Aires La Rural. With an extensive programming and a call for artists and galleries from all Latin America, Buenos Aires will be for four days an epicenter for managers, collectors and fans of photographic artistic production.

Throughout his speech, in addition to the thanks to the production team, gallery owners and sponsors, Diego Costa Peuser emphasized the importance of encouraging the acquisition of artworks done by young artists. “Fairs like BAphoto are an exclusive opportunity to boost the cultural production of contemporary artists,” said the director of the fair. "It is the commitment of all of us as actors in the artistic scene to support and motivate collecting so to give strength to artists who, in short, are the protagonists of the cultural industry."

After the words of Costa Peuser, Francisco Medail, artistic director of the fair, announced the programming and the thematic axes that will shape the new edition of BAphoto. With the participation of 30 national and international galleries, the fair will consist of ten specialized sections - Tribute Artist, Wunderkammer, Out of Focus Omint, Links Project IRSA, Fine Art Music Show, Out of Box, Tijuana Photobook, Auditorium and Institutions - within from the diverse perspectives of the photographic medium.

Among the most outstanding sections of the fair is Links Project IRSA. “Dedicated to strengthening curatorial practice within the field of Argentine photography, this special edition of Links Project, curated by Valeria Gonzalez and Mercedes Claus, emphasize the generational cross between artists,” explained Medail, and added: “Using nature as a scenario to repeat the relationships between the human and the non-human in terms of the weakening of the categorizations, the work of established and emerging artists will build dialogue around this themes. ” Under these premises, the section proposes questions to the hegemonic scientific and economic models that place nature as a mere stage and other beings as passive entities lacking agency. Within that framework, among the artists that will be in exhibition are Adrián Villar Rojas, Annemarie Henrich, Cecilia Lutufyan, RES, Estefanía Landesmann, Manuel Fernández, Samuel Lasso, Andrea Ostera, Santiago Villanueva, Nicolas García Uriburu and Grete Stern. "We believe that through this perspective BAphoto will trace a brief history of art that resists planetary predation and that bets on the steep proliferation of all life forms," ​​said Medail.

In addition, sections such as Wunderkammer - dedicated to the exhibition of historical data and exclusive archives - and the Auditorium, managed by the City Government, make the artfair a knowledge and exchange center. Artists, curators, managers and specialists of the contemporary scene such as Michael Marcú (Argentina), Mike Robinson (United States) and Oscar Roldán (Colombia) will give talks that promote dialogue around concepts that haunt photography today.

Tickets: Acquisition at La Rural box office only during the days of the fair.