In its commitment to the new figures in the international art scene, ARCOmadrid awards three different awards to leading artists: this year, women take the lead. 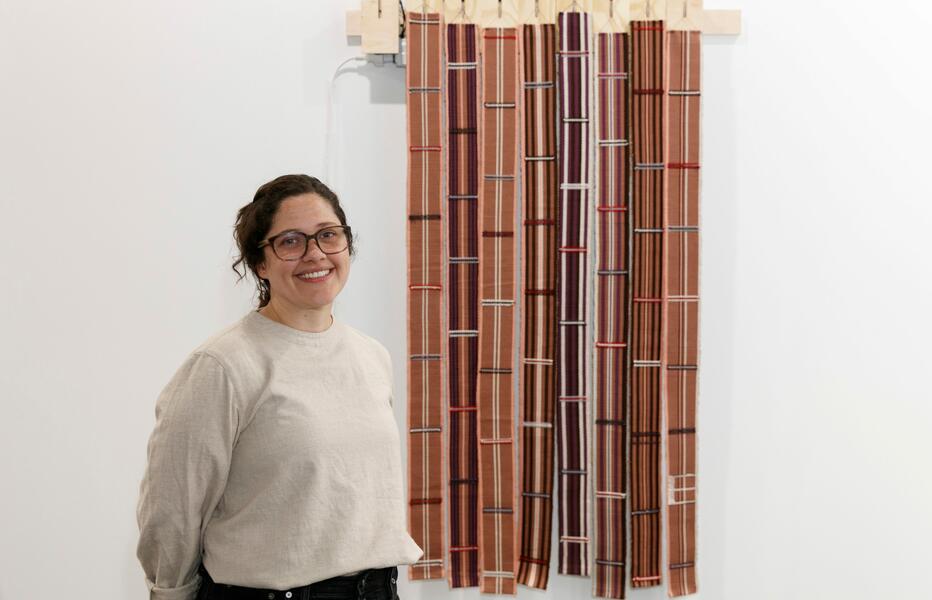 Same as every year, ARCOmadrid, with the collaboration of its sponsors, highlights the work of artists with short careers to encourage the proliferation of their work. In this edition, the IV Cervezas Alhambra Award for Emerging Art was awarded to local Spanish production artists, the XIII illy SustainArt Award, aimed at the recognition of emerging Latin American artists, and the ARTSituacions Award, which highlights the best work of emerging art exhibited at the fair.

First of all, it is worth mentioning the work of Hellen Ascoli (Guatemala City, 1984), not only awarded with the XIII illy SustainArt Award, but also with the I Iberia Prize awarded to Proyectos UltraVioleta stand for Ascoli and Naufus Ramírez-Figueroa's artworks. A veces el cielo se abre (Sometimes the sky opens) consists of a series of fabrics supported on a wooden structure. Through the traditional language of the waist fabric, Ascoli refers to the importance of the body and blurs the borders of the artisanal and artistic. The prize was presented by the curator and researcher Catalina Lozano (Bogotá, 1979); the art critic and Executive Director of the Cuban Art Foundation, Octavio Zaya; and the Artistic Director of illycaffè - sponsor of the award -, Carlo Bach. In relation to the winner, Zalaya placed her among artists such as “Anni Albers or Sheila Hicks” because, like them, she has “expanded the limits of the fabric towards resolutions, associations and open languages”.

On the other hand, the IV Cervezas Alhambra Prize was awarded the first day of the fair to the Spanish artist Irma Álvarez-Laviada (Gijón, 1978) for the work Plano y Vertical. Pedesta Nº0. Alicia Ventura, curator of the Alhambra stand - where the works of the finalists Christian García Bello, Diego Delas, Leonor Serrano Rivas and Lorenzo Sandoval are also exhibited - highlighted the work of Álvarez-Laviada as a reflection of the important contemporary Spanish production. A considerable jury was constituted by the president of the Sandretto Re Rebaudengo Foundation, Patrizia Sandretto; the director of the Dos de Mayo Art Center, Manuel Segade; the journalist Javier Díaz Guardiola; the artistic director of the Botín Center, Benjamin Weil; the curator Isabel Carlos; and the director of the NMAC Foundation, Jimena Blázquez.

As for the most relevant prize of the fair regarding emerging artists, the ARTSituacions Prize was awarded to Asunción Molinos Gordo (Arande del Duero, 1979). The artist represented by the Travesía Cuatro gallery - with headquarters in Madrid and two in Mexico.