In the framework of the ARCO Madrid Art Fair, and the participation of Peru as a guest country, Sonia Cunliffe presents Vigilar y castigar. Fotografías del siglo XIX (Guard and punish. 19th century photographs). Gathering archival materials from the 19th century, the Peruvian artist constitutes a representation and reinterpretation of the prison population of that time. 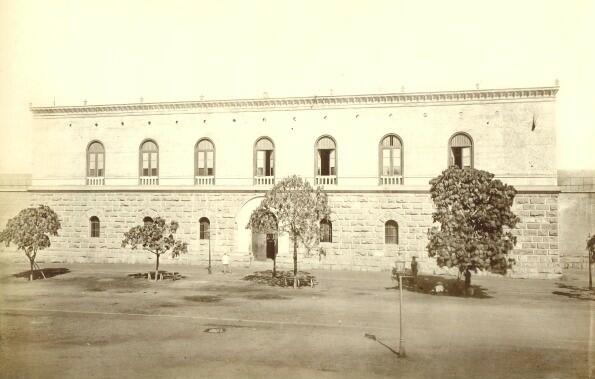 From the archive, first, and the installation, second, Cunliffe reveals a little-known story about the first modern penitentiary in Peru. Under the curatorship of Sophia Durand, Peruvian curator part of the research, the installation of the multidisciplinary artist will take place at the Rafael Pérez Hernando gallery [Orellana Street 18, Madrid - Spain]. Given the distances and the age of the archives, the exhibition is made up of copies.

It is from the appropriation that Cunliffe reveals stories in the penitentiary records of a Lima society that opened the way to modernity. It is a look at 26 modern reproductions of photographic portraits of the prison population from 1863 to 1907. This exhibition will show the first methods of the registration or registration of criminology, being able to systematize from the cause of the crime and type of sentence to the portrait with different biotypes and the type of clothing.

According to the archives, the Penitentiary of Lima had its inauguration in the year 1860, during the presidency of Ramón Castilla. There they were imprisoned, in addition to thieves and murderers, public figures of the time such as President Augusto B. Leguía or politician Víctor Raúl Haya de la Torre. That building, which in those years sought to be a model for the modernization peruvian institutions, had a short life: after its overpopulation, in 1960 it was demolished (at present, its place is occupied by the Sheraton Hotel).

"Contemplating each of these pieces puts us in the place of the photographer-executioner, confronting the look of the condemned, his body language and the coldness of the number assigned to him by the system. They are faces that show the hardness of the temperament, the smiling effrontery or the terror of an innocence impossible to verify. "Adds the curator of the Sophia Durand project.

If you walk through the streets of the Spanish capital, Vigilar y castigar. Fotografías del siglo XIX is one of the most significant exhibitions within the programming of Peru as a guest country for ARCO 2019.