The Museum of Contemporary Art of Puerto Rico (MAC) inaugurated the individual exhibition Retorno al Hogar (Labrando) (Return to Home) by the artist Antonio Martorell (Puerto Rico, 1939). With the purpose of celebrating the 100th anniversary of the Rafael M. de Labra Historical Building, the emblematic artist was invited to intervene with his work the museum not only to highlight its architecture, but the history that has circulated in its corridors. 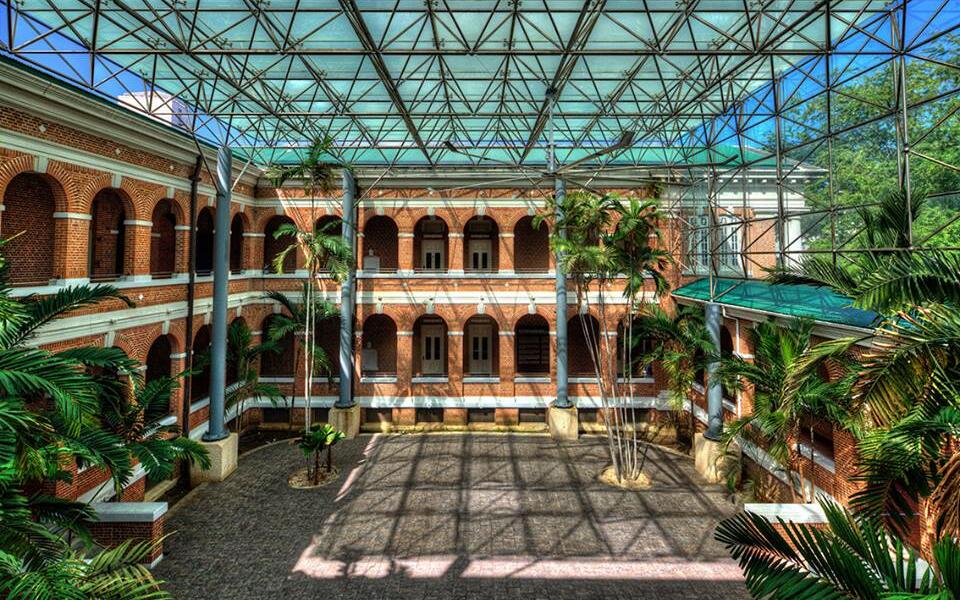 The exhibition exhibited in the MAC is a combination between the history of the museum, from its construction as Labra Intermediary School and, later, as a museum; the effects of the same in the town of Santurce, its cultural development in relation to Rafael M. de Labra; and the prolific work of Martorell who was a student of Labra during his youth and who, already as an artist, has developed workshops in the Puerto Rican locality. As much for its history as for its work, the election of the MAC to be Martorell who carries out this celebration could not be more precise: the painter is the living image of what the building, as an educational center and as a museum, produced in Santurce.

According to the artis,t Rafael M. de Labra Historical Building possesses the quality of being a double home for him. "I return to the home because in this school I lived three years of my life. Formative and difficult years, "explains Martorell and adds that he was "one of the first artists who formed the nucleus that formed the Museum of Contemporary Art of Puerto Rico when it only had a small space at Casa de las Américas ". In addition to his personal bond with the Museum, the artist described the times in which the building was his home and the significance of it in his work. "When I was here, it was the Nationalist Revolution that I barely knew because it was characterized by silence and lies."

From these experiences as a student and artist, Martorell explores the spatial and temporal frontier of home, school and museum, and of Santurce and Puerto Rico with the world. From these dualities the artist developed together with his team a dialogue with the history that crossed Puerto Rico, the building and himself.

The inauguration of Retorno al Hogar (Labrando) was on February 21st. The exhibition has a schedule of guided tours by the artist and guest curators such as Humberto Figueroa, who attended yesterday along with the artist to take a tour.