ALBA FERNANDA TRIANA: THE BEGINNING OF AN INTENSIVE JOURNEY

Convened by COINCIDENCIA- Pro Helvetia program, the Colombian artist Alba Fernanda Triana begins a two-year creative project. With a first journey to the CERN institute - the world's most important particles research center - and the University of Zurich for the Arts (ZHdK) during October, the artist embarks on an extensive research project. 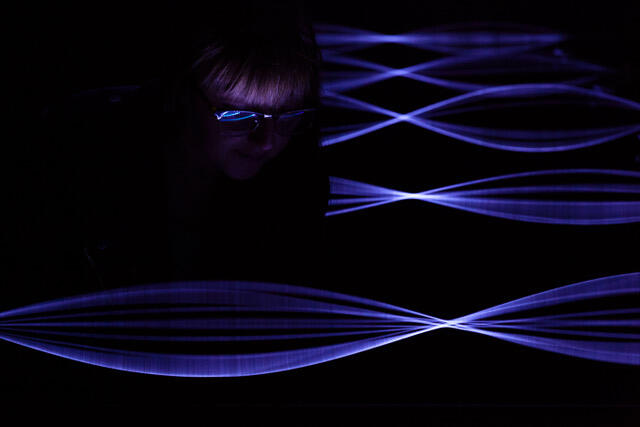 COINCIDENCIA- Pro Helvetia program is an initiative that proposes cultural exchange between Switzerland and South America. On this occasion, the main objective of the project is to develop a body of work connecting Switzerland and Colombia. As the program statement explains, the idea is to have a "telepresent" connection between the two countries.

Collaborating with scientists, artists and engineers of both countries the investigation that the South American artist is developing proposes to explore vibration and quantum entanglement. Triana comes from a residency at the Civitella Ranieri, in Italy, so this first trip will be very influenced by the exchange with those artists who shared with her the residence.

Finally, it should be noted that the work of Alba Fernanda Triana is characterized by this breakdown in the inherent intelligence and functioning of nature. Characterized by musical forms and installations, her artworks are constituted as hybrid and transdisciplinary pieces.