A TRIBUTE TO BEATRIZ GONZÁLEZ: THE MASTER

BOGOTÁ - The Miguel Urrutia Art Museum (MAMU) reopens its doors to the public with a retrospective of the artist Beatriz González. 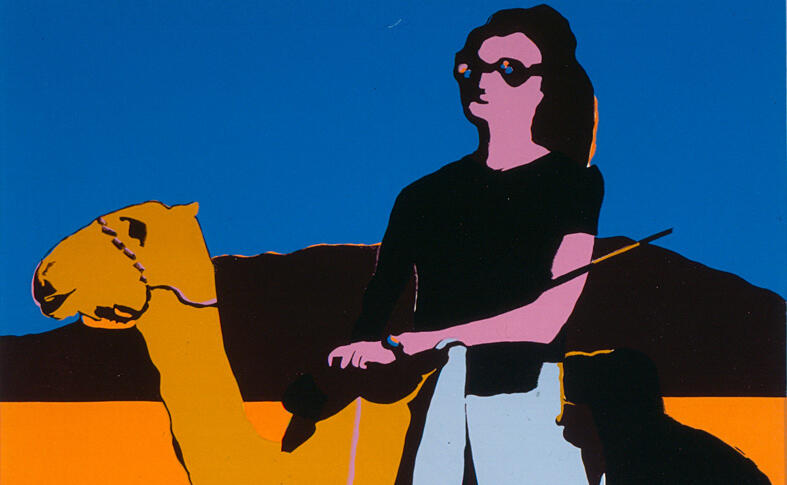 The bumanguesa artist, who has also been a researcher, curator and teacher, is a keen observer of her surroundings and with her own style has been able to represent it. Her works, mostly paintings, but also engravings, drawings and installations, have as their protagonist "Lo colombiano" (what is Colombian), with all the complexities and contradictions that this term can include. The artist has pointed out the aftertaste of the political class, the diverse nature of popular culture and, with a deep empathy for the victims, the atrocities of the armed conflict.

Beatriz González: a retrospective brings together more than a hundred works in various formats and supports, and reviews a trajectory of six decades. The exhibition organized by the Museum of Fine Arts in Houston (MFAH) and the Pérez Art Museum in Miami (PAMM), curated by Mari Carmen Ramírez and Tobias Ostrander, is considered the most complete exhibition that has been made to date of the Colombian artist, which will also have a complementary exhibition that will open on October 30 where her personal documentary and photographic archives will be exhibited for the first time. Other Beatriz González exhibitions have been held in European cities such as Bordeaux and Madrid, among others, and in the American continent.

Province painter. This is how she considers herself, a non-provincial provincial painter. Her works using references to domestic settings and local vernacular traditions show a self-conscious irony and critique of middle-class notions of taste, class, gender, and ethnicity. For this she appropriates images associated with the history of Western art and national mass communication media, from a particular use of figure that includes the flattening of the figures and the use of a strong color palette that evokes commercial advertising.

Uncomfortable court painter. González's art is also deeply related to Colombia's turbulent political history. In the early 1980s, its strategy veered in unison with the country's cultural and political climate, which ushered in decades marked by corruption, political fragmentation, and violence. In her paintings, using irony and humor, she criticized the way the government represented itself in the media, particularly the presidents Julio César Turbay Ayala and Belisario Betancur.