This collection allows us, the viewers, to ponder the cultural moves of the country between the inauguration of Brasília. 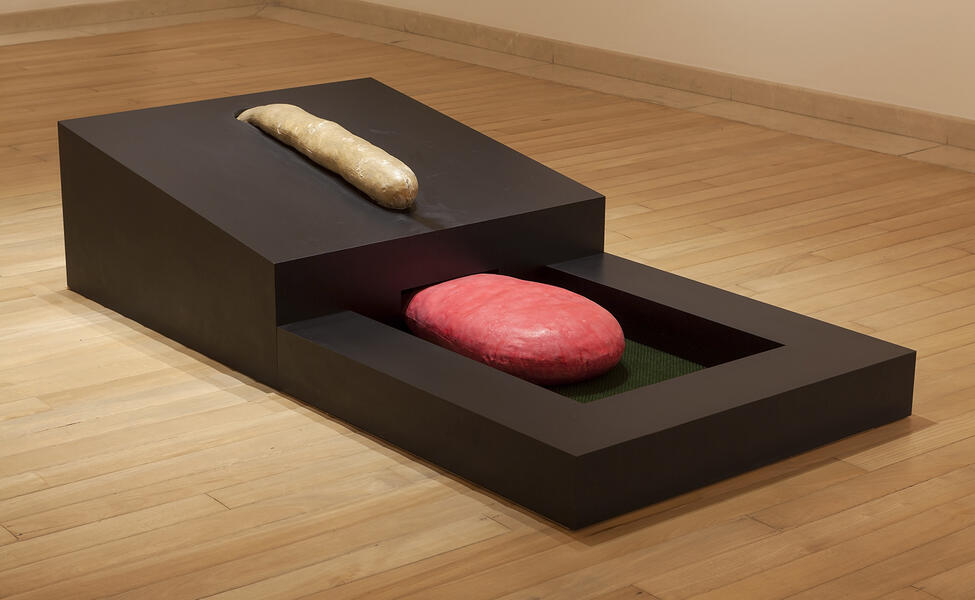 The formation of the art collection of entrepreneur Roger Wright (London, 1952–São Paulo, 2009) became a reference in the Brazilian cultural milieu, especially due to the systematic nature of the acquisitions and the quality of the works of art that he amassed for nearly twenty years, beginning in 1990. It is a collection that stood out as one of the most important collections of art made in Brazil in the 1960s and ’70s, including impressive modernist pieces and installations. They are, in all, more than three hundred works of art, of which 140 are in the custody of the Pinacoteca since March 2015, on loan for ten years.

The museum is now opening new exhibition rooms, named after him: The Roger Wright Gallery. This collection allows us, the viewers, to ponder the cultural moves of the country between the inauguration of Brasília, whose master plan was a point of reference in the Brazilian constructive project in 1960, and the course of the military dictatorship from 1964 to 1985. The exhibition brings together fifty works from this period, belonging mostly to the Roger Wright Collection, interspersed, here and there, with works owned by the Pinacoteca

The cultural movement in the country intensified from 1960 onward with nonconformity movements against authorities and the official status—as a resistance to the repressive situation of the political regime and the distension of artistic categories, whether in theater, cinema, music, or literature. In the field of the visual arts, the notion of the avant-garde was in dispute. The critical stance of concrete and neo-concrete art (1952–1961) in relation to painting and sculpture seemed to pave the way for a wider variety of media, materials, and procedures that would characterize subsequent productions.

From then on, expressions of anti-art and questions on the art institution, the art circuit, and the artwork legitimation became commonplace. In general, the works reflected distinctions between popular and high culture, between “good” and “bad” taste. They borrowed things from the immediate surroundings, reproduced or transfigured everyday scenes (from the streets, from intimate moments) and images circulating in newspapers, magazines, on TV, advertising, and comic books. From that time to this day, these productions are often generically referred to as “Brazilian pop.”

At that time, the country’s artists and art critics refused such affiliation, as they also refused to fit under the definition of French nouveau réalisme. Works made in Brazil, then undergoing an industrialization and urban expansion process, were clearly related to the innovations of mass culture, largely by interest in being infiltrated, in a rebellious and irreverent way, into communication systems and trade—differently from the accumulation, repetition, and emptying of the symbols of consumer society that identify the American pop art, for example.

Recently, many artists and works presented in this exhibition have been included in exhibitions held abroad intending to evaluate the pop art resonance outside the European–North American axis, between the 1960s and ’70s. Therefore, talking about the Brazilian pop school requires the viewer to take into consideration the circumstances under discussion in the artistic milieu in Brazil fifty years ago: the participation of the viewer in the artwork; the social status of culture in the country; the possibility of public intervention in a state of emergency; Brazil’s position in the international art scene; and the viability of establishing an aesthetic vanguard in an underdevelopment, Third-World situation