arteBA 2018: discover all its sections

The new arteBA can be visited until Sunday May 27 at La Rural (Palermo, Buenos Aires). This year the fair renewed its commitment to the selection of curators and the sections of the fair in which more than 400 artists from more than 80 galleries from 27 cities participate, with enriching dialogues between emerging artists, established and proposals for performances, talks , debates and presentations. Below we describe each of its sections. 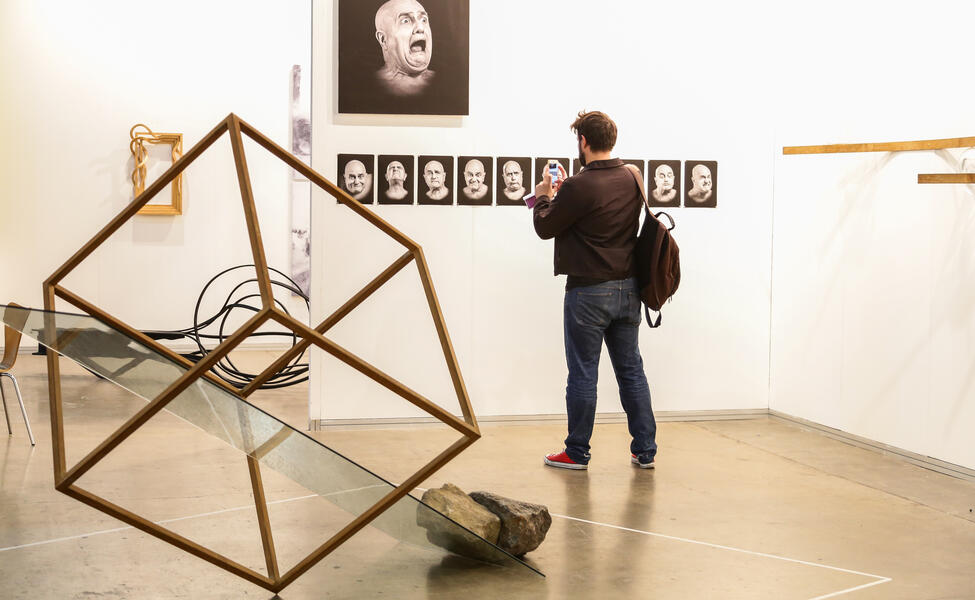 A group of a maximum of 10 young galleries, in stands of up to 40m2. Participating galleries are those that have opened 5 years ago or less, representing young artists and participating in the Fair for the first time and also those coming from Barrio Joven. The same selection committee from the Main Section will be in charge of evaluating their proposals.

Outstanding sectors within some of the Main Section galleries’ stands, where one or several works by a single modern or contemporary artist are exhibited. An advisory committee is in charge of this selection.

One curator invites Latin American artists and the galleries that represent them to participate with solo shows.

Section of the Fair that brings together new, innovative or alternative spaces that represent young artists. The proposals are selected by an autonomous curatorial team.

A curator invites to present specific projects forming a section that proposes dialogues between galleries and local and international artists.

Coordinated by a curatorial team, this section of publications of the fair has 5 guest editorial projects; a library space specialized in contemporary art and a collective table with independent labels. Isla de Ediciones also has its own auditorium with programming of talks and book presentations.  Thanks to the main support of Fundación Proa and with the collaboration of Ternium and Federico Churba.

As a novelty of the 2018 edition, arteBA launches Zoom, a program of artistic interventions that will infiltrate the layout of the Fair. In its inaugural year, the pieces have been selected by invitation and will be located in both entrances of the arteBA pavilions.

Open Forum, sponsored by the Buenos Aires City Government is a meeting forum for leading figures in the local and international art industry. This section contributes, from Argentina, to the debate surrounding contemporary art.