TEATRO DE SOMBRAS (SHADOW THEATER), BY JAVIER TELLÉZ, AT THE GUGGENHEIM OF BILBAO

From July 12th  to October 21st, 2018, the Guggenheim Museum in Bilbao presents for the first time in Spain the exhibition Teatro de sombras (Shadow Theater) by the Venezuelan artist Javier Téllez, a key figure in the development of video installations of the last decades. The exhibition will be held in the Film & Video room, an initiative of the Museum to present essential pieces of video art, video installation and moving image as an artistic medium (the Venezuelan exposition will be the second that takes place in this room). 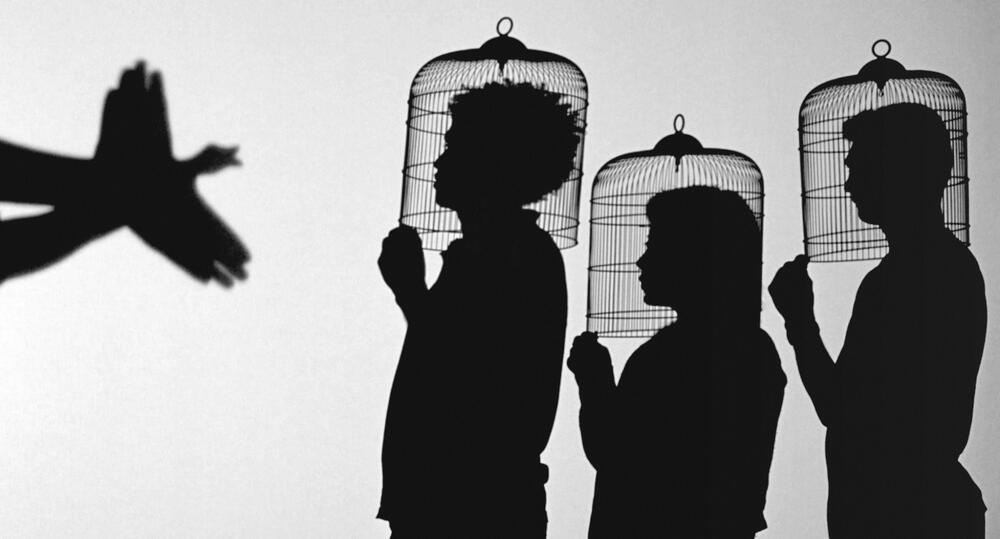 The work of Javier Téllez (Valencia, Venezuela, 1969) is organized around excluded groups and communities. The artist collaborates with people who arpartially alienated from society, either because of their mental health, because of their sensory disability or because of their political condition. The last ones are the case of the protagonists of the two works created by Téllez during 2014 for the Kunsthaus in Zurich that are presented in the Film & Video room: people seeking political asylum and who embody the situation of thousands of human beings who -to be persecuted or to have lost their homes in the war - they must flee their countries and cross numerous borders to continue their lives as exiles.

Téllez involves these collectives in his work with the aim of offering the viewer realities that question the canons of rationality and, at the same time, reflects on the history of the moving image as a language and as a social space endowed with a set of norms and protocols that can be oppressive.

The first of the pieces, Bourbaki Panorama is a 35 mm silent film that shows a group of refugees circling around one of the most important panoramic paintings in European history. This monumental work of 1881, exhibited in the city of Lucerne, tells the Alpine exodus of 87,000 French soldiers seeking asylum after their defeat against the Prussian troops, an event considered to be the inaugural milestone of the proverbial Swiss neutrality, as well as of his vocation as a country of asylum. The artist's film is projected through an apparatus of large dimensions that evokes the beginnings of cinematography and where sound acquires a fundamental meaning. In relation to this topic the artist commented: "For me the mechanical sound of the projectors is an important part of Bourbaki Panorama. In addition, its sound evokes weapons and war. "

In this work, one of the characters that revolves around the panoramic mural carries the original bronze of La mano (The hand), by Alberto Giacometti, a work that the Swiss artist made in 1947 to evoke the terrible vision of an arm amputated by an explosion. The presence of this piece in the film opens multiple reading possibilities: it evokes the tearing of society, the gregarious and marginal role of the migrant or his ignorance of the history and heritage of the place of asylum. But at the same time, it makes one think of the work of art as a migrant object, refugee in the museum of the conflicts of the world, suggesting these in their strange forms (the fragile and fragile arm, the elongated and rigid fingers, their floating in the air ). Accompanying the movement of the actors and the sculpture, the camera rotates in an infinite circular traveling.

The second work, Teatro de sombras, which gives the exhibition its title, is a black and white 35mm silent film that shows the shadows projected on the wall of a group of refugees in Switzerland. These people tell their hard life itinerary in an emblematic and sometimes metaphorical way through their hands and their bodies. The stories refer to the immemorial archetypes of exile: destruction, oppression, censorship, misery and death. As in the previous work, this also appears Giacometti's hand, in this case in its original version in plaster. Turned into a black shadow when projected onto the wall, the sculpture, threatening and fragile, serves as a narrative agent while altering, with its unmistakable profile, the abstraction and universality of traditional shadow theater.