SIXTEEN FLAGS WORTH FIGHTING FOR 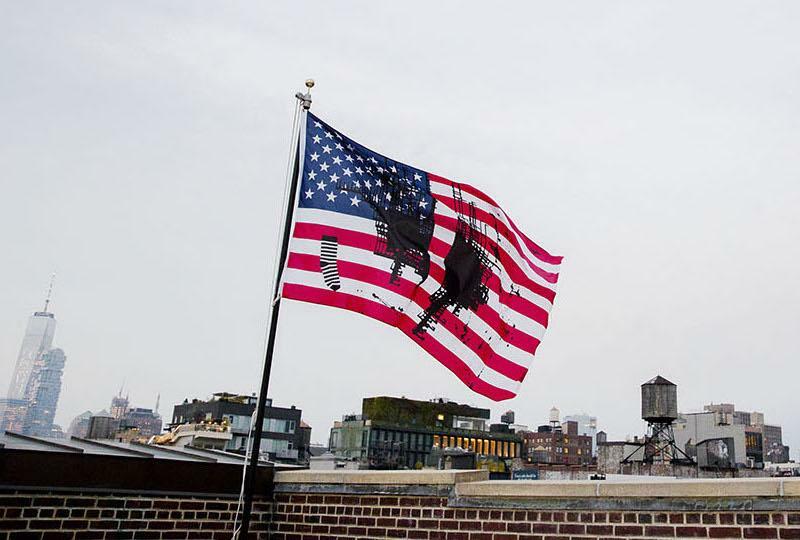 On the eve of Independence Day, Creative Time raised its final flag for Pledges of Allegiance. Since launching this series on Flag Day 2017, Creative Time worked with 16 artists to fly 201 flags with 33 partners across 20 states, bringing together arts organizations, universities, and cities in a nationwide act of solidarity.

Pledges of Allegiance began with a call out to fellow cultural institutions across the country to unite around the issues that artists care about: immigration, racial justice, civil rights, environmental resilience, and peace.

Bringing the series to a close, Josephine Meckseper’s Untitled (Flag 2) is flying at the Creative Time headquarters and at 12 cultural institutions across 11 states through July 31st.

Josephine Meckseper was born in Germany. She uses commercial forms of presentation to demonstrate inextricable influences of consumer culture on society. Meckseper melds the aesthetic language of modernism with the formal language of commercial display, combining them with images and artifacts of historical undercurrents and political protest movements.