In the Sesc exhibition space, located on the emblematic Paulista Avenue (Sao Paulo, Brazil), Gold -The Serra Pelada Gold Mine will be in exhibition since July 17. Under Léila Wanick Salgado’s curatorship, Sebastián Salgado's photographs illustrate the life of those who work in the Serra Pelada mine. The Brazilian photographer was there for more than a month, witnessing and photographing the social daily life and the landscape that has formed around this center of precious metals exploitation. 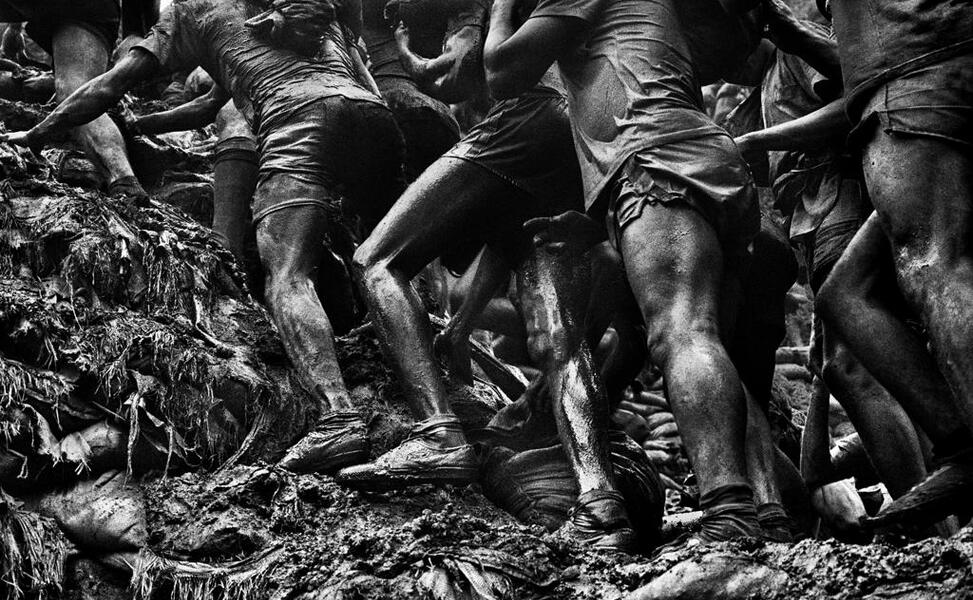 Serra Pelada is part of the state of Pará, in the Amazon region of Brazil. Since the 70s, a gold rush has exploded in the region, becoming an attractive place for hundreds of miners. With the arrival of more and more men, the landscape not only took the filthy aspects of open pit mines, but also became a territory of human exploitation and social and commercial conflicts.

Arriving at Serra Pelada in the mid-1980s, Salgado positioned himself as a central figure for the visibility of the so-called "wild mining". The photographs that will be shown in Sesc present an apocalyptic scenario with absolutely precarious working conditions, as if it were a dystopia. Salgado's work, and even more after the sublime documentary devoted to him by Wim Wenders (The Salt of the Earth), has been a fundamental piece for the awareness of the living conditions in Serra Pelada.

The massive presence of bodies in long rows, plastered with mud and piled up around the holes dug in the ground, suggests the large size, the difficulties and the precariousness of manual labor. That human mass seemed to have lost its subjectivity, working autonomously, almost mechanically. Perhaps this is why the scenes taken by Sebastião Salgado, uniformed in black and white, lend to the wild mining workers a sculptural aesthetic. By imbuing human bodies with brightness, volume and rigidity, the photographer lent them a monumental and objectual aspect.

Another surprising element of Salgado's photographic production is temporality. With the men dressed in rags and half naked, full of mud and carrying bags in rows of thousands, each of the images could have been taken during the Golden Rush that broke out in California in the mid-nineteenth century, the periods of slavery colonial in Latin America, or in a post-apocalyptic future. This temporary imprecision, in addition, is tinged with the critical eye of Salgado, who accuses the brutal society of consumption and exploitation, not only on the environment, but also on mankind.

In this way, Gold- The Serra Pelada Gold Mine aims to challenge visitors from the historical and collective memory to reflect on the human and environmental impact that excessive mineral exploitation movements have.