Malba opened the 2020 exhibition calendar with Constelaciones (Constelations), an anthological exhibition by Remedios Varo (Anglès, Girona, 1908 - Mexico City, 1963), a central figure in Latin American surrealism and fantastic art and an inescapable benchmark for the Mexican scene from the mid-20th century, which brought together an extraordinary group of exiled artists and intellectuals. 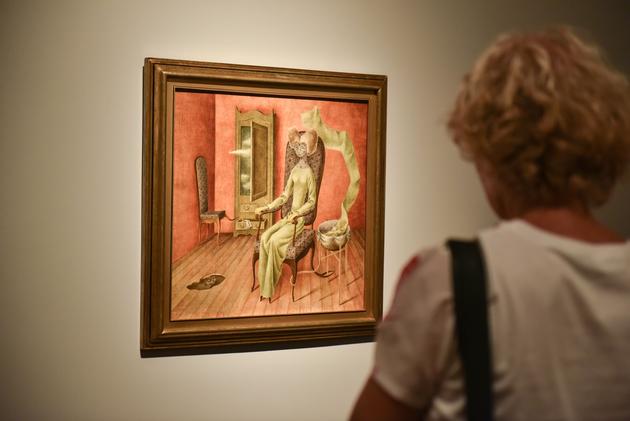 Organized in collaboration with the Museum of Modern Art of Mexico - INBAL, the exhibition accounts for her most relevant production and is the first one dedicated to the artist made in Argentina. Most of the pieces come from the donation of Walter Gruen (the artist's last couple) and his wife Anna Alexandra Varsoviano to the MAM heritage in 2002, 2003 and 2018, and from various public and private collections in Mexico, the United States and Argentina. The oeuvre was declared an "artistic monument of Mexico" in 2001, an expression that implies its consideration not only as an object of aesthetic value, but also of historical one.

The curatorship, led by Victoria Giraudo, Chief Curator of Malba, and Carlos A. Molina, Chief Curator of MAM, proposes a temporary cut that runs from 1938 to 1963 and will focus especially on the works carried out during the exile of the artist in Mexico, from 1942. Approximately 35 paintings, 11 drawings and 60 sketches will be exhibited.

“This exhibition aims to bring us closer to an understanding of the artist's work as a universe consisting of cross references and allusions to a diversity of cultures and historical times. The bet here, from the thematic nuclei that organizes the staging of these pieces, is the reduction to what we could characterize as five inferential schemes, from which to know that painting and its author: elective affinities (s), signs, bestiary , machinations, Eros/Thánatos, and a documentary appendix called “Las manos de Remedios” (Remedios’ hands)”, comments curator Carlos A. Molina.

Also included in the exhibition is a large body of documentation from her personal archive: notebooks, drawings, fantastic stories and other writings; correspondence with other artists and intellectuals of the time -such as Leonora Carrington, Kati Horna, Eva Sulzer, Benjamin Péret, Óscar Domínguez, César Moro, Edward James, Gunther Gerzso and Octavio Paz-, as well as photographs and personal objects that reveal features of the author's personality.

“In her notebooks, Remedios took notes while beginning her first pencil drawings on lard paper; Afterwards, she made studies of hands and feet, of specific details (her logbook), and then went on to make the final preparatory drawing. There is an amazing aesthetic and finality continuity between her painting and her writing”, observes Victoria Giraudo. “For a comprehensive look at the work of Remedios Varo, the possibility of evaluating not only her finished and most recognized work, fundamentally pictorial, but also the preparatory drawings, which reveal her character as a methodical artist, with solid ideas of what is essential, is what I wanted to transmit”, concludes the curator.

Born in Catalunya, Spain, Varo reached professional maturity in the mid-20th century, when she was already living as an exile in Mexico City. As a visual artist, she participated in the Catalan and Parisian surrealism of the 1930s, but in her Mexican period she moved away from the movement by abandoning automatism in favor of highly controlled technical procedures in the realization of her works. She worked on her paintings based on ideas, which she previously sketched and drew carefully, in a complex work process that the exhibition seeks to highlight.

Although Remedios Varo is especially recognized for her dreamlike painting and drawings, she was a versatile and highly sensitive artist. With traditional training at the Royal Academy of San Fernando in Madrid, she studied in depth the laws of perspective, which she had learned from her father, a hydraulic engineer. Both in her thinking and in her work the presence of the natural sciences - botany and zoology - that the artist put into practice, for example, in her participation in an entomological expedition in Venezuela and in the advertising campaigns for the pharmaceutical Bayer, is evident.

She was also interested in cosmogony, alchemy, music, and occult sciences like magic and astrology, which she studied with passion. Like the Pre-Raphaelites, she sought ties between romantic poetry and painting, and her symbolism and the phantasmagoric prevailed. In her eagerness to know and investigate, and following the line of Leonardo, she was an inventor of fantastic locomotion machines and devices. She was interested in the futuristic literature of writers such as Aldous Huxley, Jules Verne or Alexander Dumas, and in the fantastic stories of Borges; all of them contributed new elements that she combined with exquisite humor. In addition, her studies on psychoanalysis and the theories of Gurdieff and Ouspensky, among other knowledge, paid for a personal search for the truth and her own spirituality, in a life marked by her numerous trips and changes.

As part of this exhibition, Malba published a catalog in Spanish and English editions with the reproductions of the works in the exhibition and texts by the curators. In addition, the book includes a specially commissioned essay to Victoria Cirlot, philologist, translator and editor, specialist in medieval culture and literature, who will delve into the spiritual world of Remedios Varo and her relationship with the surrealist tradition.