The Latin American Art Museum of Buenos Aires opens its 2018 calendar with an exhibition of the artist Sara Facio that presents her photographic work on Juan Domingo Perón, between the years 1972 and 1974. A documentary record of the events in Argentina's polics on the Peronism, captured by the unique look of Facio, one of the argentinean referents of photography of the 20th century. 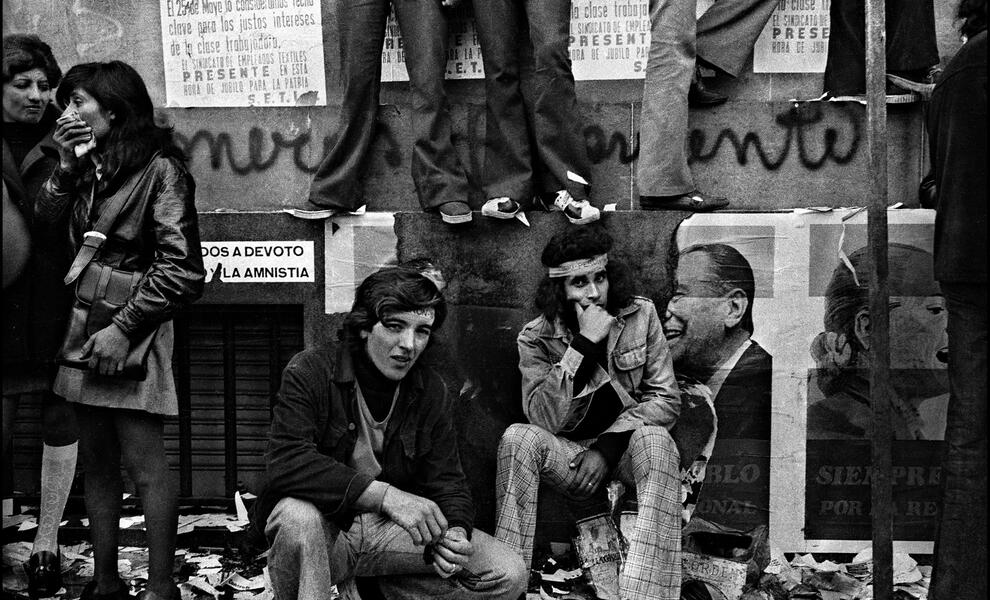 Curated by Ataúlfo Pérez Aznar, the exhibition includes a set of 115 photographs -mostly unpublished- selected especially for the occasion, in collaboration with the artist. The body of work covers the 591 days ranging from 17 November 1972 (the date that marks the return of Perón to Argentina after his exile in Madrid) until July 1st 1974, the day of his death. A selection of documents, newspapers of the time will  also be exhibited, along with and the contacts of the photographs, that Sara saved for decades in a file set with Alicia D'Amico, her partner in those years.

Unitl today Sara Facio only had shown eight photos of this essay in the exhibition "25 years", which she did with D'Amico at the Recoleta Cultural Center in 1985. She later showed some others in the retrospective at the OSDE Foundation in 2008. "It is a job that Sara never considered a material to show; she had denied it both in a ideological and political level.. I think it is the best historical essay of the argentinean photography and part of the memory of our country," said the curator.

Organized chronologicaly. the exhibition includes images of the return of Perón in the Ezeiza Airport, Gaspar Campos, the multitudes in the Congress Square and Plaza de Mayo; a thorough search of the campaign and the assumption of Campora, their posters and the electoral process; the anniversary of the death of Evita; the assumption of Perón in 1973 and the various events linked to Peronism, until the death of the general.

Photographer, curator,  journalist and editor, distinguished by her portraits of characters from the Latin American culture and community for her work in the promotion of photography. A graduate of the National School of Fine Arts in 1953, in 1955 he received a grant from the Government of France and lived in Paris for a year, studying Visual Arts and later, photography.

Between 1960 and 1985 she is the partner of Alicia D'Amico and worked in advertising, graphics and reports written for the majority of the newspapers and magazines of Buenos Aires, Europe and the US. In 1973 she founded "La Azotea Photography Editorial " together with Cristina Orive .

In 1979 he was a founding member of the Argentine Council of photography, for the dissemination and study of the national photography and exchange with the highlights of the international production.

Between 1985 and 1998 she created and directed the photogallery of the Teatro San Martín in Buenos Aires, where she presented 160 exhibitions of world masters. Culminated with the creation of the photographic collection of the National Museum of Fine Arts, National Heritage, which she directed and curated exhibitions between 1995 and 2010.

She exhibited in museums and galleries across North America, Europe and Asia. From 1968 she has published more than twenty books; anthological texts and publications in 2012 and 2016. She has received awards and distinctions as a photographer and as an editor in Argentina and abroad. Among others, the National Endowment for the Arts, Platinum Konex Award, of the National University of Lanus, National University of Rosario, issue of the journal N; Awards for the publication of books in Argentina, France, Austria and Mexico.s

In 2011 she was named Citizen of Buenos Aires.

In 2014 and 2015 presented the Sara Facio donation at the National Museum of Fine Arts, 200 works of photographers from Latin America who donated to that institution.

His photographs are in the permanent collections, among others, the National Museum of Fine Arts in Buenos Aires, The Museum of Modern Art in New York (MoMA), the Reina Sofia Museum in Madrid and in prestigious private collections.