In the framework of the 2018 Ciudad Pantalla Festival, Die Ecke Arte Contemporáni Chilean gallery announces its participation with Nicolás Rupcich video art CHEPU. On exhibition until January 25th, the festival inaugurates tomorrow as part of the LOOP Barcelona Fair. 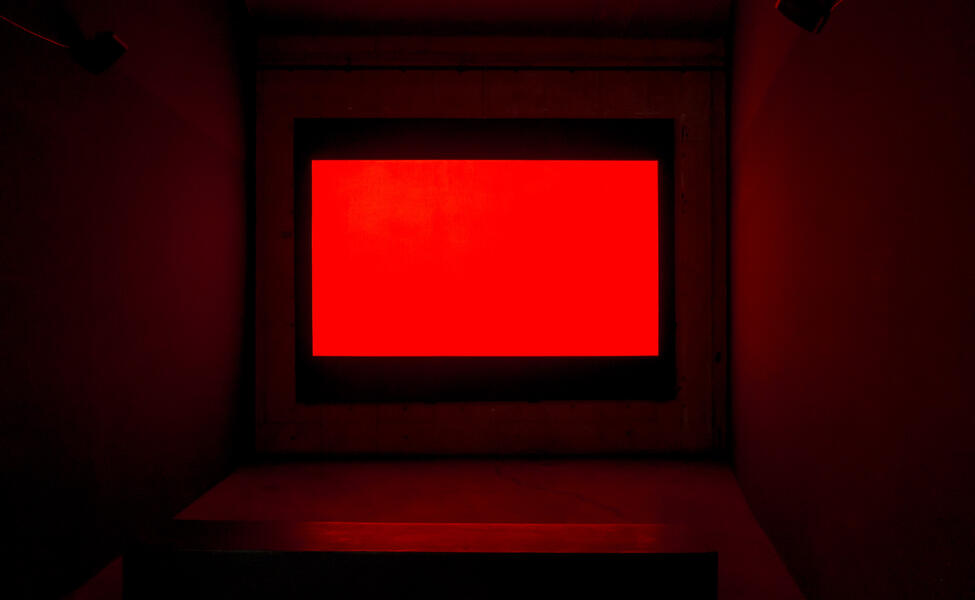 Shot on Chiloé island, in southern Chile, CHEPU refers to the river that runs through the island in a submerged forest. As explained from the Chilean gallery, the location was chosen based on the representation of the antithesis of the commercial landscape. "From the niche of the market ultra-defined image emanates a sense of representation of the bright, dazzling and artificial reality that merges with our everyday reality", explained Die Ecke. Questioning today's image quality standards, where manipulation and styling have become commonplace, post-processed landscapes photographically dialogue with the unreal and the fictitious.

In this video the images of a dead natural referent have been digitally intervened with formal gestures that make visible the violence that manipulation of the image can have in the construction and supplanting of reality.

Lives and works in Leipzig, Germany.

Nicolás Rupcich studied his degree at U. Finis Terrae, he has a master's degree from the University of Chile and Meisterschüler in Medienkunst at the Hochschule für Grafik und Buchkunst Leipzig. Rupcich works mainly with photography, video and installation, his work focuses on issues related to the postproduction of digital images and technologies related to the production of images today.

He has exhibited his works in individual and collective exhibitions in Chile and abroad, but also in international festivals of new media, such as: Festival FILE, Sao Paulo, Brazil. Ars Electronica, Linz, Austria. Transmediale, Berlin, Germany. Loop Festival, Barcelona, ​​Spain, among others. Among the awards and scholarships, he has received are the following: In 2006, first prize in the "Digital Art Contest" of the UDD and Paula magazine. Between 2012-2015 scholarship DAAD (German Academic Exchange Service). In 2014, the first place in the photography contest of Patricia Ready Gallery and Nescafé and in 2015 the second place in the FIVA International Video Festival of Buenos Aires. His works have recently been included in German collections of contemporary art, such as Sammlung Kulturstiftung Sachsen.