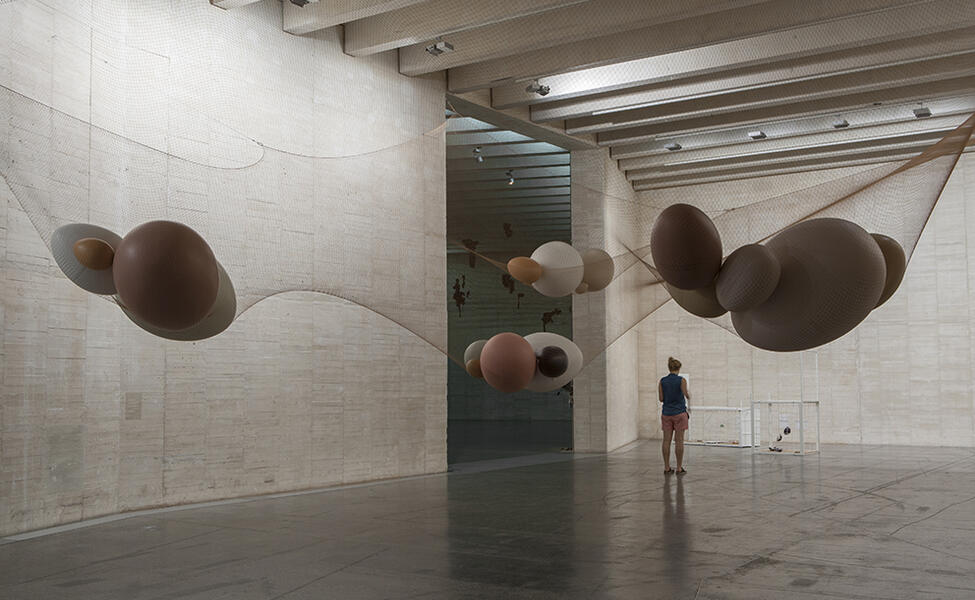 OCD: A Collection of One's Own. Obsessive-Compulsive Disorder and Contemporary Image in the MUSAC and DA2 Collections

In general, art and mental disorders have had a twofold relationship: on the one hand, "the art of the insane," which has aroused so much interest in the medical profession; on the other, to find in the painted or photographed scene the iconography of insanity, hysteria, and alienation, normally in portraits or scenes depicted with one or other medium. How does one distance oneself from the classic image to imagine what someone with OCD is suffering? What do the images and artefacts in an art collection have to say about OCD? Nothing, in fact, until they are prompted with that intention.

This is the theme of OCD: A Collection of One's Own: to approach the pictures with a view to striking up a dialogue with this disorder. The work undertaken has involved five psychiatrists and psychoanalysts and a curator, the project's mentor, with whom the mental health professionals have maintained a conversation based on, or rather with, the works.

All Yesterday's Parties. Andy Warhol, Music and Vinyls (1949–1987) traces a genealogic relationship between popular art and music in the second half of the 20th century through more than 200 pieces, including LP album covers, books, magazines, posters, photographs, prints, drawings, films, video installations, screen tests, music videos and diverse objects and documents related to the artistic universe of Warhol throughout almost four decades.

The starting point for this show is an aspect of the artistic production of Andy Warhol (Pittsburgh, USA, 1928—New York, USA, 1987) that was considered to be of marginal importance until not so long ago: his contribution to the history of graphic design in the music industry through the design of album covers.

Borrowed from the film of the same name by Ingmar Bergman, the title of the show, Persona, makes reference both to the individual self as well as to the mask with which the self presents itself to the world. The exhibition is, in consequence, an incisive reflection on the relationship of the individual subject with its cultural, social, technological and political environs, and on the impossibility of being and existing outside of these realms. In this tension, the artist employs sculptures and installations to create a series of depictions based on hypothesis or suppositions in which she calibrates the fragility of the human or the natural in opposition to social and economic conditioning factors.