Entitled Dream Come True, MALBA exhibits more than 80 works of Japanese artist, composed of videos, films, installations and sound recordings shaft in his famous "Instructions" that invite the visitor to interact and complete the notion of each work. 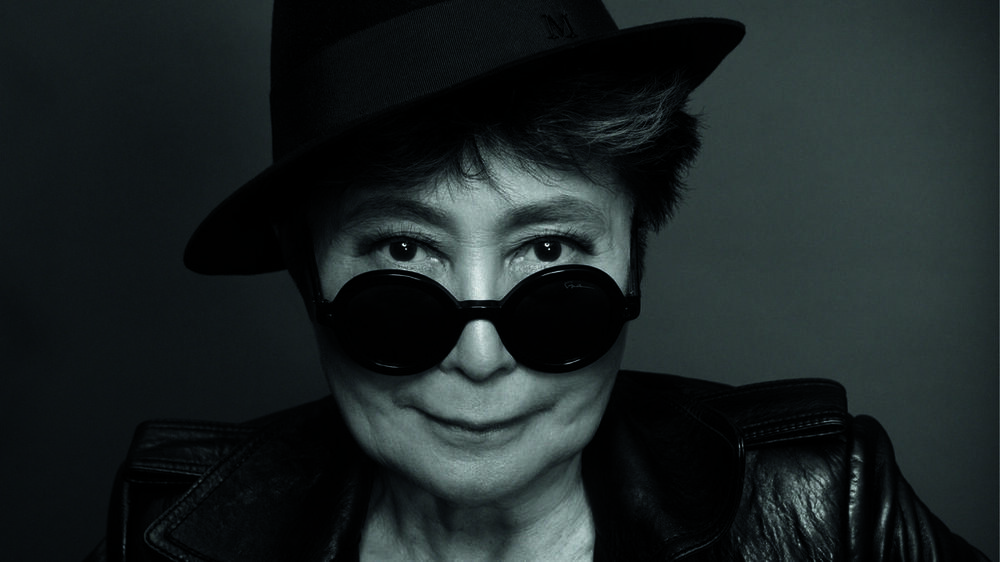 Dream Come True integrates not only a compilation of Yoko Ono’s texts and instructions, but also a large number of works grounded on those pieces. It includes Lighting Piece, the first instruction she ever wrote (au-tumn 1955), which states ―Light a match and watch till it goes out, and Film N°1. Match (1966), where that instruction is carried out. Similarly, Laugh Piece (winter 1961), which reads ―Keep laughing a week,‖ is exhibit-ed with Film N°5. Smile (1968), in which we see a close-up of the face of John Lennon as it goes from a dull grin to an expression of unmitigated joy. Also, The exhibition includes the whispered pieces in which, since 2001, Ono has encouraged people to wear on their clothing words like ―dream,‖ ―touch,‖ and ―laugh.‖ In these cases, a first instruction gives rise to other works that resonate in it, its context, or the desire to transcend. The breadth of forms that Ono’s instructions can take (text, performance, sound, installation, film, object) is evident in the famous installation based on the instruction in her Ceiling Painting, Yes Painting (1966)—the work through which she met John Lennon. The piece says ―Climb up a ladder. Look at the painting on the ceiling with a magnifying glass, and find the word 'YES.'‖ Later on, the word ―yes‖ appeared on billboards as an instruction or goad to positive action, as a desire for affirmation or an act of self-affirmation. Some of the works make use of puns. The two meanings of the word ―fly‖—the noun (the insect) and the verb (to take flight)—are at play in the combination of Fly Piece (1963), which consists of the instruction ―Fly,‖ the film and sound pieces entitled Fly (1970 and 1971, respectively). Since 2001, billboards and pins with the word ―fly‖ as instruction and title have been produced. As written texts, these works can be read to oneself, but they can also be listened to as the artist herself or someone else reads them. In this sense, they are fluid and communicable works conceived to reach the larg-est number of people possible. They attempt to generate new types of relationships with the audience. ―Ono’s works are based on a concept that takes shape in a neutral fashion, one with no psychological dimen-sion, personal association or subjectivity. Their material expression is determined by the viewer/participant to such an extent that the work may eventually dissolve /destruct,‖ explains curator Gunnar B. Kvaran, director of the Astrup Fearnley Museum in Oslo.

Participate online at http://www.malba.org.ar/arising/ In the framework of Dream Come True, Yoko Ono and MALBA have invited Latin American women who have been subjected to gender violence to form part of the Arising / Resurgiendo project. This installation compiles the testimonies received—a text that describes the experience and a photograph of the eyes of the participant—in MALBA’s Gallery 5 and on the exhibition’s website. Through this instruction, addressed solely to women, Ono offers catharsis and the opportunity to heal to those women whose bodies and minds have been afflicted by acts of gender aggression. They are provided with an opportunity to make their stories public in first-person

accounts. A book with a selection of testimonies and photographs will be published. Arising / Resurgiendo will continue to expand; it will be exhibited in a number of countries. ―Yoko,‖ explains Pérez Rubio, ―is one of the first feminist artists. The idea of community makes itself felt throughout her broad artistic practice; one of the cornerstones of her work has been combating violence. Aris-ing is resounding proof of that insofar as it addresses gender violence and allows participants to form an intrin-sic part of the show.