In the framework of the exhibition Lina Bo Bardi: Tupí or not tupí. Brazil, 1946-1992 inaugurating tomorrow, on October 8th at Juan March Foundation (Madrid, Spain) The exhibition explained will be held. In conversation with Mara Sánchez Llorens -curator- and Juan Manuel Bonet -an artistic critic specialized in Brazilian art of the 20th century-, the initiative will be moderated by the architect Santiago de Molina. 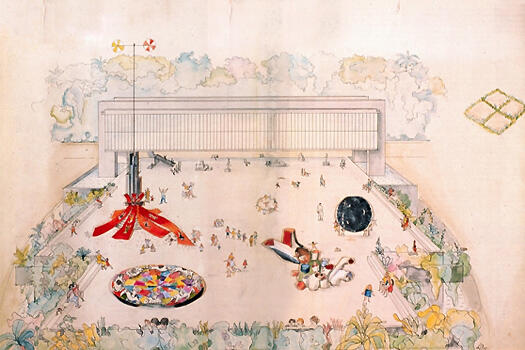 For the first time in Spain, the exhibition by Italian artist, architect, museologist, designer and cultural activist Lina Bo Bardi, is a novelty. Making a direct allusion to the man-made manifesto of Oswalda de Andrade, ¿Tupí or not tupí? That is the question - which comes from Shakespeare's play Hamlet (To be or not to be? That's the question) -, Bo Bardi's work aims to illustrate the European cultural anthropophagy that the Brazilian culture of the 1920s did and its repetition in the 60s to form what she called the aristocracy of the people: "A new people, a mixture of European, Indian, black and native of the northeast of the country; a world full of dreams for a better future. "

Likewise, the exhibition emerges as an extension of the exhibition dedicated in 2009 by the same foundation to the painter Tarsila do Amaral, focusing on the main movements of the decades of 20 and 30 of Brazil. In this way, through the figure of two of the most relevant and avant-garde artists in that country, Fundación March proposes an understanding of the two moments of greatest intensity in the artistic scene of the 20th century.

Thus, with the aim of having a deeper understanding of the figure of Lina Bo Bardi, will be held during the afternoon, from 7.30 pm- 8 a colloquium to the interested public.