Through disciplines such as painting, photography, sculpture, installation and video, a group of artists come to the Museum of Contemporary Art (MAC), of the University of Chile, to resignify the concept of a monument. Húsares Trágicos (Tragic Hussars) alludes to the name of a novel published in 1965, by Jorge Inostroza. In several volumes, the text portrays the life of two of the most iconic figures in the founding history of Chile: Manuel Rodríguez and José Miguel Carrera. The exhibition opens on July 5th at the MAC Forest Park headquarters. 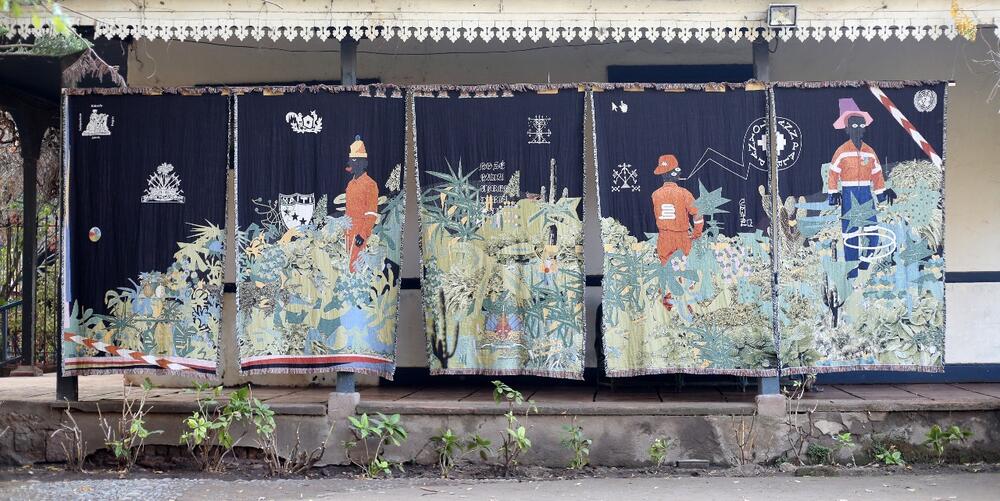 Húsares Trágicos originated as an experimental exercise in the Casas de los Carrera Historical Monument, located in El Monte, where for two days more than thirty works coexisted with the furniture of the house, its architecture and landscape, intervening inside the enclosure, activating a dialogue between the exposed works and the place.

After that first exhibition, Húsares Trágicos moves to the Museum of Contemporary Art to put in crisis the arguments and foundations of the monumental, I come to the zocalo of the museum to activate and resignify this building, considered a Historic Monument.

Organized by Francisco Yávar and Sofía Edwards, the exhibition presents works that respond to the proposal of the curator Sergio Soto Maulén, who problematizes the institutional history as such; and in turn, its form, its evolutionary condition, its omissions, and other contemporary problems. The selection of works responds to two levels: a field investigation, that is to say, to recover works that could dialogue with the problems proposed in the curatorship and, on the other hand, the creation of works constructed from the stories of the House of Los Career.

The exhibition brings together artists based on thematic nuclei, which deal with how history is shaped and which are the transversal elements that allow the continuity of historical accounts. In this way, the exhibition seeks to put the traditionalism of the monument in crisis, experiencing it from the everyday and reconfiguring its identity and politics.

The objective of this exhibition is to trigger a transfer. Create a loop, a path between the Casas de Los Carrera Historical Monument and, on the other hand, the building that houses the MAC. The exhibition seeks to generate a dialogue between these two buildings and, also, considers the possibility of recognizing monuments as spaces for experimentation and review of the stories of history.