Until April 11th, Hilario hosts an online auction with the same importance as always set to promote the collection of arts, literature and trades. 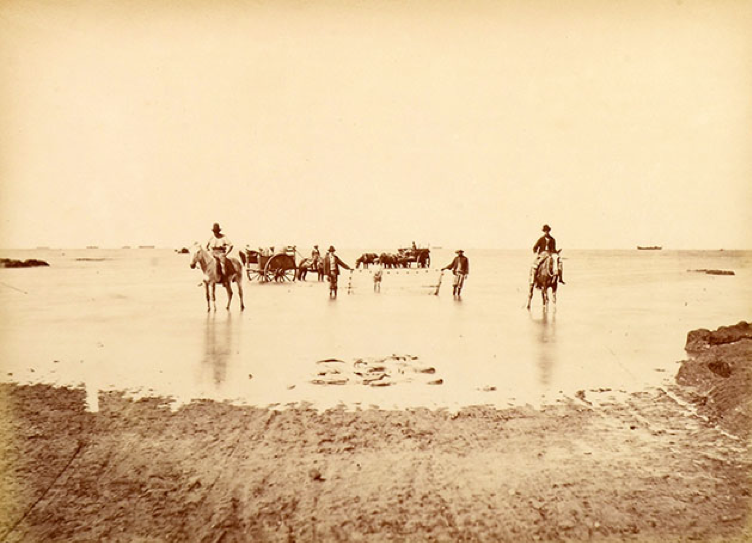 In Hilario's DNA, the presentation of the works was always a hallmark; both in its study and cataloging and the way of displaying them in its space, recreating settings to mount exhibitions with curatorial scripts. This distinctive form turned – note the pandemic- towards a format that is advancing at an accelerated rate: online sales.

To do this they adapted the website and, using a very careful professional mailing, they got down to work. As the initiative matured, they broadcast an art and history "trivia". The communication garnered a high reception; unsurprisingly, all the members of his network were looking to cover the hours of weariness with ingenious options and this seemed attractive. Hours later, in another virtual submission, the answers and a first announcement of the Online Auction came out.

The proposal demanded more explanations and a new email, and finally, on April 2, the first three lots were launched to bid: an albumen photography of the great Brazilian photographer Christiano Junior, an artist with extensive work in Argentina; a Guatemalan Mayan textile from the middle of the last century and an older manuscript with the invitation to a lunch in Versailles written by the former president of the Peru-Bolivian Confederation, Marshal Andrés Santa Cruz and addressed to the first political and military commander of the Falkland Islands, named by the government of the Argentine Confederation in 1829, Luis Vernet. Those three lots inaugurated the initiative, and remain open until Tuesday, April 7 at 7:00 p.m.

On Friday, April 3, many other collectible works came to light: a watercolor with the federal soldiers who responded to the Governor of Buenos Aires, Juan Manuel de Rosas; a piece of leather and silver for use in Creole horsemanship -a manea with the goldsmith's punch J. Podestá-, from the early 20th century, and a form from 1867 dictated by Adolfo Alsina and Nicolás Avellaneda, two Argentine heroes, summoning parliamentary elections. This batch will be closed to bids on Wednesday, April 8 at 7:00 p.m.

The watercolor, a forgery of wood, has the charm of a decorative work with iconographic rigor, and an aggregate value given by the studies that attribute it to the apocryphal production of a Franco-Brazilian antiquarian bookseller, owner of the renowned Casa Brazileira, located in Paris in the first half of the twentieth century. Heymann had among his clientele the great South American collectors of European traveling painters, and unscrupulously swindled their good faith by building a "soi disant" art, without telling them, of course.

Along these lines, new opportunities for collectible works come to light every day. As they explain it from the Hilario gallery, their Online Auction "is above all a game in which you can participate with enthusiasm and joy. A way to our normal days, when current habits included the opportunity to expand your collection and enjoying the search. "