EL LADRILLO, THE SOLO SHOW OF PATRICK HAMILTON AT MADRID

The Casado Gallery Santapau is pleased to present El Ladrillo (The Brick), the first solo exhibition in the gallery of the Chilean artist living in Madrid, Patrick Hamilton. The opening of the exhibition was on June 21st at 7:00 p.m. The exhibition will be open until July 28th, 2018. 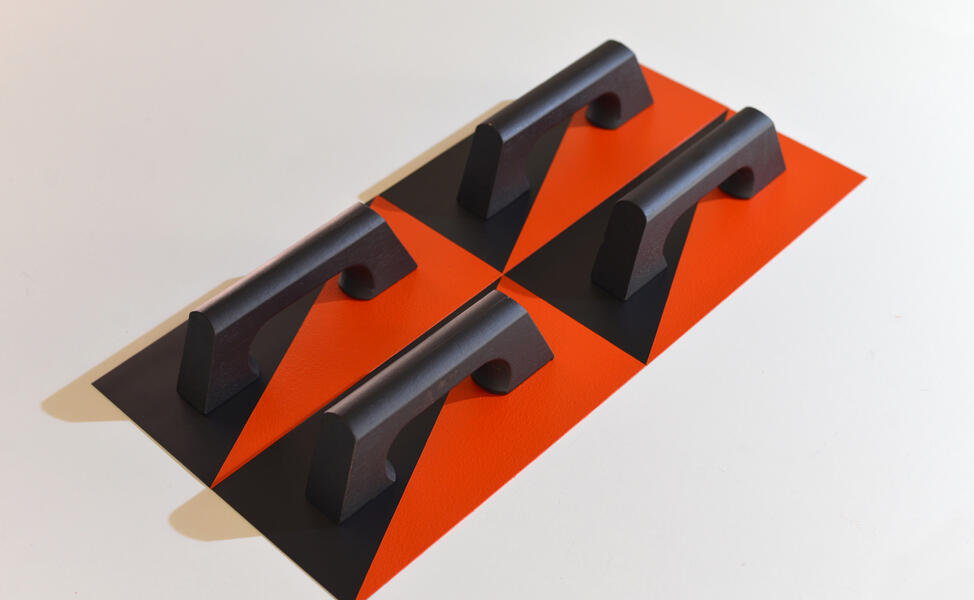 Patrick Hamilton is considered one of the most relevant Chilean contemporary artists of his generation and with a greater presence in the international scene, endorsed in the exhibition of his work in more than 100 exhibitions in biennials, museums, art centers and galleries in Chile as the rest of the world.

With a work of a conceptual nature, from the end of the 90's Hamilton's work has had as a thread the reflection and questioning of the concepts of work, economic development, myth and history in the context of the last decades in Chile, in particular of the period known as post-dictatorship. In this sense, his work has involved a constant aesthetic reflection on the consequences of the "neoliberal revolution" (Tomás Moulian) implanted in Chile by Pinochet and the group of economists known as the Chicago boy's, during the 70s. 80's and its projection in the social and cultural field from then until now. In the manner of a sort of "archeology of neoliberalism" his work and his visual thinking could be understood as a poetic portrait of the complex economic and cultural processes that Chile has suffered -as well as so many countries around the world- in recent decades.

"The brick", is a book of economic policy in which the guidelines of the free market system that was implemented in Chile by the military dictatorship were established. The text was written in the early 70's, by a group of Chilean economists who were students of the controversial new economics prize Milton Friedman at the University of Chicago. In its pages the radical economic measures are proposed that, like an antidote, should cure the Chilean society of the socialist dream, among them: the total opening of the markets, the lowering of tariffs and taxes, the reduction of public expenditure and the promotion of privatizations of goods and services by the state.

From the analysis of this book, Hamilton presents a series of works in which, in a poetic way, he formulates the understanding of the concepts of equilibrium / disequilibrium, equality / inequality, regulation / deregulation, individual / community, that hide behind their lines. For this, it uses common elements in the world of construction work and masonry such as plains, bricks, plasterboard and sandpaper. Creating simple and economical compositions Hamilton plays with different connotations of the word brick: from the name of the aforementioned book, brick as an expression of the crisis of the real estate market, as well as brick in its material and literal dimension, as that element that is used in construction. Under the apparent formality of the work that could be defined as an "abstraction Povera", the artist introduces procedures and elements that refer to the collective memory, as for example, the movement of trade unions in the case of the sculpture "Inverted Pyramid" , painted in red and black; the paintings / collages made with sandpaper and elaborated mechanically and repetitively in the way of a bricklayer who builds a wall or pavement; as well as, the two photographs of objects and archives found, arranged in a "constructivist" key in the manner of still lifes.