The Met Museum will exhibit a monumental work of the famous painter of the XVII century Cristobal de Villalpando. Newly restored, this 28-foot high masterpiece will leave Mexico for the first time 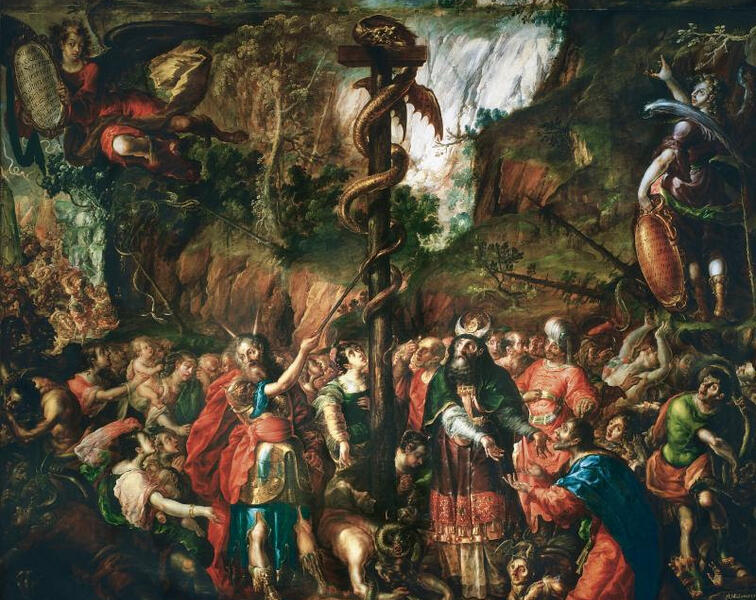 Cristóbal de Villalpando (ca. 1649–1714) emerged in the 1680s not only as the leading painter in viceregal Mexico, but also as one of the most innovative and accomplished artists in the entire Spanish world. Opening July 25 at The Metropolitan Museum of Art, the exhibition Cristóbal de Villalpando: Mexican Painter of the Baroque features his earliest masterpiece, a monumental painting depicting the biblical accounts of Moses and the brazen serpent and the Transfiguration of Jesus that was painted in 1683 for a chapel in Puebla Cathedral. Newly conserved, this 28-foot-tall canvas has never been exhibited outside its place of origin. Ten additional works, most of which have never been shown in the United States, will also be exhibited. Highlights include Villalpando’s recently discovered Adoration of the Magi, on loan from Fordham University, and The Holy Name of Mary, from the Museum of the Basilica of Guadalupe.
The exhibition is organized by The Metropolitan Museum of Art and Fomento Cultural Banamex, A.C.
It is made possible by Citibanamex and Fundación Diez Morodo.
Additional support is provided by the Ministry of Foreign Affairs of Mexico (SRE), AMEXCID, and the Consulate General of Mexico in New York.
Born in Mexico City around mid-century, Cristóbal de Villalpando may have begun his career in the workshop of Baltasar de Echave Rioja (1632–1682). Villalpando’s rise to prominence coincided with the death of Echave Rioja in 1682, just one year before Villalpando painted his ambitious Moses and the Brazen Serpent and the Transfiguration of Jesus. Villalpando was celebrated in his lifetime, rewarded with prestigious commissions, and honored as an officer of the Mexico City painters’ guild.