Researcher and curator from Rio de Janeiro, she takes on the Adjunct Curatorship of MAM Rio as a result of the open call launched in October, which resulted in 139 applications. 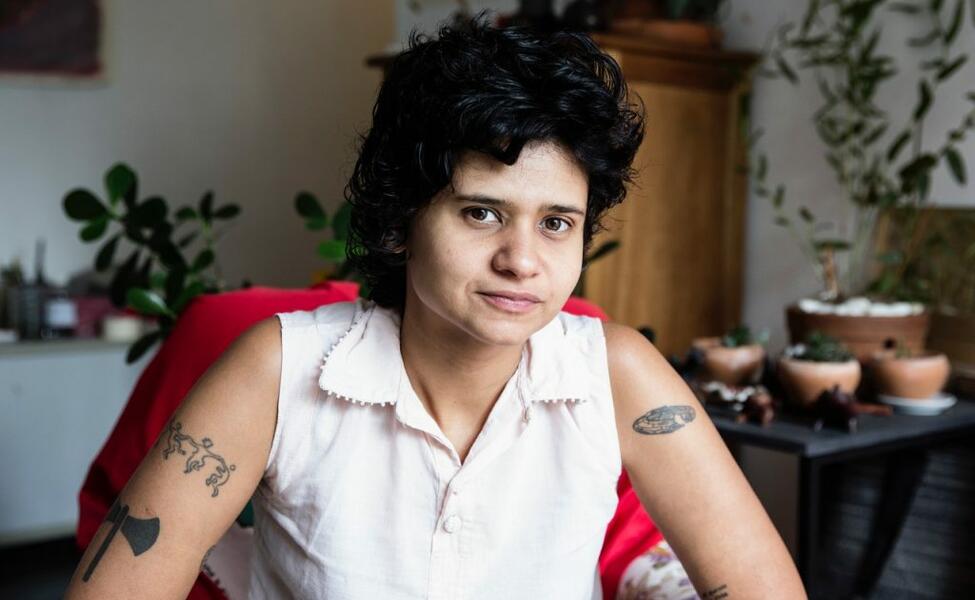 “I am very happy to be part of this team that I admire so much. I have been following the renovation movements driven by the new management of the museum from afar and this is certainly the place where I want to be at this moment, at an institutional project that prioritizes listening and dialogue. MAM Rio occupies a fundamental position in my training process as a cultural professional and as an art appreciator. So, it is in the field of desire that my return to Rio de Janeiro takes place, with the possibility of developing work that means making changes in some world structures that we no longer want”, celebrates Lemos.

With a master's degree in Social History of Culture from PUC-RJ, she is the creator and director of the platform Lastro - Intercâmbios Livres em Arte. From anti-colonial perspectives, Lastro acts in the conduction and articulation of networked and transdisciplinary processes of creation and learning.

In collaboration with MAM Rio, Beatriz coordinated the project to catalog the collections of works and documents by Márcia X (1959-2005), which culminated in the artist's monographic exhibition in 2013. Between 2015/2016, she joined the Visiting Curator program at the School of Visual Arts of Parque Lage (RJ), which was involved in the creation of the current bases of the Library | EAV Research and Documentation Center. In 2015, she worked in the research stage Lastro Centroamérica, traveling with Brazilian artists and curators between Panama, Costa Rica, Guatemala and Mexico, resulting in the exhibition Ballast in the field: ancestral and everyday paths, at Sesc Consolação (SP) in 2016.

She was also part of the curatorial commissions of the 20th Contemporary Art Festival Sesc_Videobrasil (2017) and Bolsa Pampulha (2018/2019), and coordinated the artistic residency Travessias Ocultas - Lastro Bolivia, which unfolded in an exhibition at Sesc Bom Retiro (SP, 2016 / 2017). Currently, he is part of the curatorial team of the 3rd Frestas - Triennial of Arts (Sorocaba, SP).

The Adjunct Curatorship reports directly to the Artistic Directorate and implements the artistic vision and mission of MAM Rio. It is responsible for the development of the exhibition projects organized by the museum and for the relationship of these projects with the activities of the Artistic Center, including research, conservation, education and formation.

“The program we want to develop at MAM needs a group of people working together to open paths and rethink processes and ideas. Beatriz, in her long professional career, has demonstrated the ability to work collectively and to articulate traditional visions with new ways of doing. We are very happy for her arrival”, says Pablo Lafuente, artistic director of MAM Rio.