BEATRIZ GONZÁLEZ: FROM COLOMBIA TO BERLIN

Until January 16, 2019, the KW Institute for Contemporary Art holds a large-scale retrospective of the world-renowned Colombian artist Beatriz González (Bucaramanga, 1938). The space located in Berlin exhibits more than sixty years of production housing 120 works of the Colombian artist during 1965-2017 period. 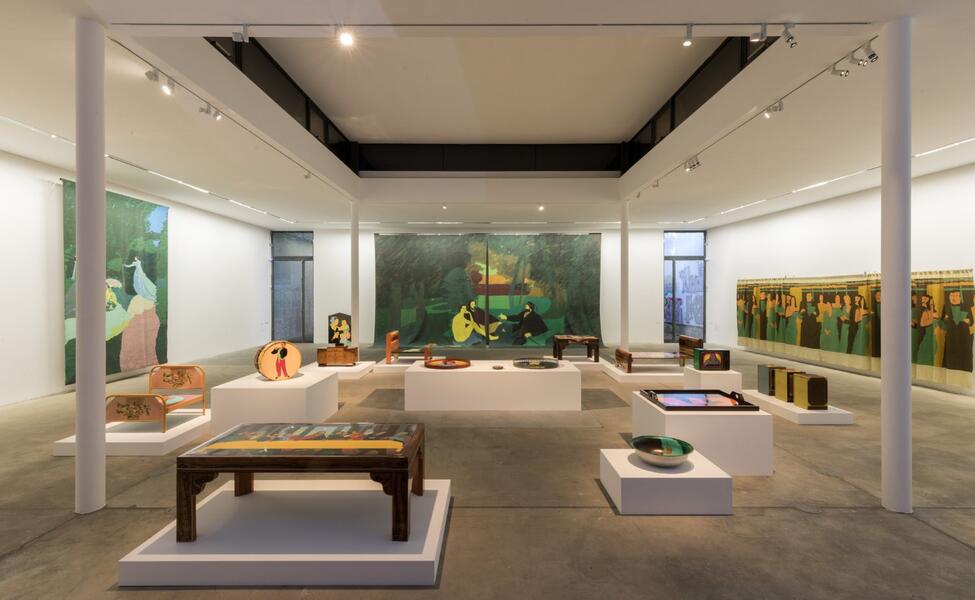 Beatriz González figure assumes great value from a very early age: during the political conflicts developed during the 40s and 50s -known as La Violencia (The Violence)-, the artist positioned herself at the center of the artistic scene, involved, of course, in the political sphere. Those first years gave González the visibility within the Latin American and international modern art scene. Advocating for a political art through performance, protest rituals, paintings and mass media, among other forms of expression, her works opposed the depersonalization and anonymity of pop art.

Under the curatorship of María Inés Rodríguez, Krist Gruijthuijsen and Cathrin Mayer, the retrospective exhibited at the German capital is the largest ever seen outside of Colombia. Thus, with CAPC musée d'art contemporain de Bordeaux and the Reina Sofía National Art Center Museum collaboration, the exhibition makes an extensive tour of the motifs and techniques selected by González according to her needs.

Finally, it's worth mentioning a series of manifest divisions, both in the curatorial work of the exhibition and in González's own work: high and low culture, on the one hand, and art and design, on the other. Taking these distinctions, the retrospective shows the ease with which the Latin American artist uses these "categories" superimposing them and generating polarizations between East and West and the historical art canons and the popular culture.