ARCOMADRID LOOKS TO ITS 2020 EDITION

With a view to ARCOmadrid 2020, the ARCO Foundation announced that the 39th edition of the fair, which will take place from February 26 to March 1st, 2020, will adopt the concept of It's Just a Matter of Time as a central theme. Thus, the fair organized by IFEMA will once again sustain its proposal for innovation and research in the field of the arts to observe the work of Félix González-Torres from that concept. 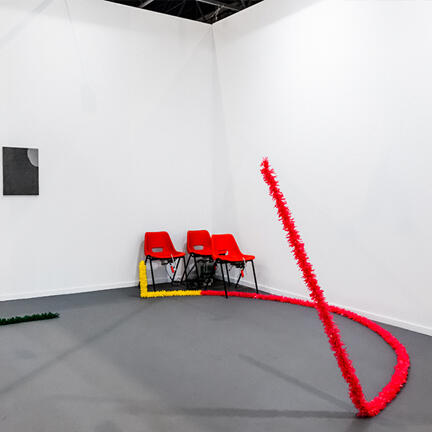 Within this new line of exploration, the curators of the selection, the artist Alejandro Cesarco and the director of Centro de Arte Dos de Mayo (CA2M) Manuel Segade will try to establish a reading on the production of contemporary art from the figure of Felix González- Torres, artist who fled at the principle of authority.

"The work of the artist Félix González-Torres has been growing as a continuous background in recent decades, as an aspiration, a desire or an accompaniment that makes the notion of progressive and linear history more complex. As a kind of contamination, its modes of distribution, the participation of the spectator in its works, the possibility of introducing emotionality in the conceptual patterns, the capacity for transformation from the most every day to the symbolic, political activism as a formal poetic, the suture between the public and the private ... today seem fundamental to understand the role of contemporary artistic practices in the 21st century and maintain their space of complexity. Just a Matter of Time is part of a reflex hypothesis: its tracing in the work of other artists can allow the articulation of vectors -methodological, political and formal- that broaden their meanings, with which they can, in turn, reread Félix González- Torres ", explained Cesarco and Segade.

In addition to the original It's Just a Matter of Time section, ARCOmadrid 2020 will maintain the usual programs of previous editions: its General Program formed by galleries selected by the Organizing Committee, to which the Dialogues sections will be added, whose stands will generate new contents and the in-depth presentation of artists' work, and Opening, focused on galleries with a trajectory of a maximum of seven years.