The great patron passed away yesterday, Sunday, November 15, at 89 years of age with a career and heritage that served her international recognition. 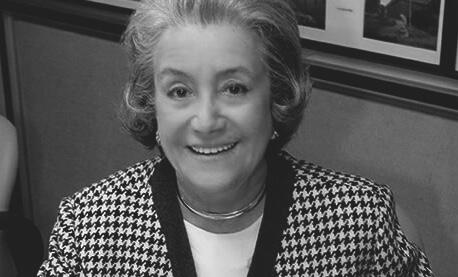 In addition to her work at Ammnba, Nelly also participated in the National Academy of Fine Arts, the Fundación Teatro Colón and the Fundación Fondo para el Patrimonio Argentino, even extending to the fields of medicine, research and education. And, together with her husband Carlos Pedro Blaquier, she has built one of the most important art collections in Latin America since the middle of the last century.

Her work in favor of the expansion and remodeling of the most important art museum in South America, in different stages, earned her on more than one occasion great recognition.

In 2009 she was distinguished as a Cultural Ambassador by the Buenos Aires government and in 2010 she was honored by the Frick Collection of New York for her contributions to art and culture, which also included the presidency of the international council of arteBA and her work as a member of the council for Latin America at the Museum of Modern Art in New York (MoMA).

"From a young age I felt very responsible and obliged by the great luck that I have had in my life. I know that God has given me everything, but I also know, for this reason, that he asks of me more than of others", wrote Nelly Arrieta de Blaquier in the prologue of the book Vida de Mecenas (2017), by Carmen María Ramos. "I have always felt an enormous passion for Argentina. I love my country and I have tried to represent it in the best way, personally or by supporting those who contribute to making Argentina stand out in the world. My work of so many years in the Asociación Amigos del Museo was part of that conviction: that of trying to educate through art and culture in its broadest sense".

"That is the Argentina I dream of, and, before I die, I would like to know that during the years that have passed in this world I have contributed, even with a grain of sand, in that direction. To feel that I did something valuable to bring thought, art and beautiful things closer together to a greater number of people, enabling them to look and see, delight and live more gratified in this world so full of tension and problems".

“I worked with her for more than ten years, starting very young at seventeen. Her commitment and way of being inspired me to work with a very high level of demand and dedication to the arts and culture” Diego Costa Peuser and the Arte al Día team will remember Nelly fondly and will always keep her in mind.