The Ministry of Education and the National Institute of Fine Arts announce the participation of Mexico in the 56th edition of the Venice Biennale. The selected project, Possessing Nature, curated by Karla Jasso, brings together the work of artists Tania Candiani and Luis Felipe Ortega. 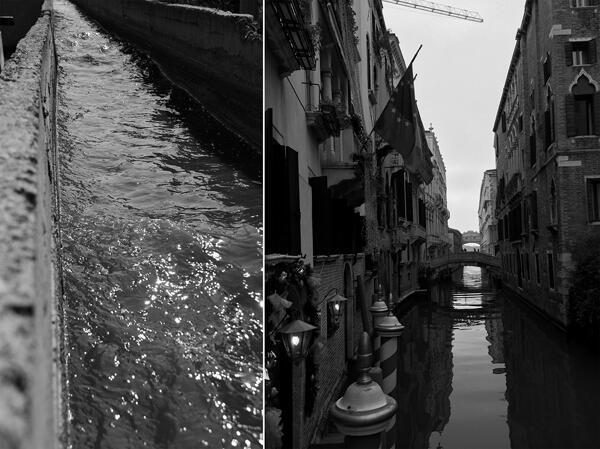 A single work, signed by two

A ditch that runs into the lagoon is of great value to this beautiful row of arcades and galleries, as everything the neighbors need from afar is brought through it in canoes with long poles, which the natives use instead of oars.

Upon hearing this information, Alfaro the ‘“foreigner,” replied in astonish- ment: It’s as if I’m looking at Venice itself.

The land in which the city was founded was entirely water and therefore, the Mexicans were unconquerable and superior to all other tribes. As inhabitants of the lagoon they constantly made excursions against their neighbors using large hollowed trunks as boats. They were not harmed by their enemies, hav- ing the ability to retreat to their houses, as a safe haven, defended by nature.

These are some of the lines found in the dialogues by Cervantes de Salazar, a foreign visitor to the lands of the New World. In 1554 he wrote, “showing you what you have not seen, I will learn what I want to know”.

Mexico and Venice share amphibious traits, yet this same condition distin- guishes one from the other. While their urbanization histories and paces of change have been diverse, there is “memory” that connects them. For, what more common trait than social memory that oscillates between fasci- nation and fear towards water-high or submerged? Woven between archi- tecture and aquatic space, we find catastrophe or contentedness. The Mexican Pavilion’s curatorial concept arose from a clear idea: to recover the value of the trace and the cartographic line to create the possibility of shifting and juxtaposing specific realities resulting from the exercise of sovereign power —city of canals, city of drains.

The artists’ piece for the pavilion, is a (counter)infrastructure work; a hydraulic project of large scale that digs and suctions, and that follows a trajectory to violently liberate, the liquid mass that both cities, in different ways, contain.

Karla Jasso holds a PhD in Art History from the Faculty of Philosophy at the National Autonomous University, UNAM. For over fifteen years her work has explored the history of technology as well as the language of new media and art. Jasso is a member of the curatorial and programming committee at MUAC, University Museum of Contemporary Art, Mexico City. She was curator in chief at Laboratorio Arte Alameda, INBA (2007-2013). Selected curatorial projects include: Tania Candiani’s Five variations of phonic circumstances and a pause (2012) which obtained the Prix Ars Electronica “Award of Distinction” (Linz, Austria, 2013); Dynamic (In)Position organized by Festival de la Ciudad de México at Laboratorio Arte Alameda, Centro Cultural España and MUAC in collaboration with Ars Electronica (2010); Contra Flujo: Independence and Revolution, Rubin Center, University of Texas, El Paso (2010) and Distortions: Contemporary Media Art From Mexico, The College of New Jersey (2009). Author of Arte y Tecnología: Arqueología, Dialéctica y Mediación (WebPress, 2014), co-author of (ready)Media: Towards an Archeology of Media and Invention in Mexico (INBA, 2012); Machina- Medium-Apparatus, (in press, 2015).