Following on from the third edition of PINTA Art Fair, a new wave of Mexican Art is breaking on to the London art scene. 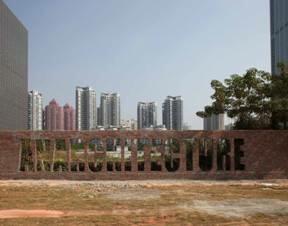 Next July, art dealer and curator Marina Kurikhina will present a unique group show at gallery space, 33 Hoxton Square. The exhibition is entitled ‘Misrepresentation, Mistake and Non-Disclosure’ and will show new as well as critically acclaimed past works by five of Mexico’s leading contemporary artists: Stefan Brüggemann, José Davila, Gonzalo Lebrija, Jorge Méndez Blake, and Tercerunquinto. Although each of the artists shares the same nationality and come from the same generation, this will be the first time that the artists have exhibited together.

The exhibition focuses on the ways in which the works of these artists interact with one another, and explores the immediate similarities between their artist practices. Often using ambiguity, irony and humour in their work, a common theme among the artists is the desire to critique contemporary culture, highlighting itscomplexity and frequent hypocrisy. These artists confront society’s accepted way of thinking by challenging the viewer’s perceptions of what they perceive to be the norm – be it architecture, philosophy or language.

Stefan Brüggemanncreates work that focuses on contrasts and contradictions. In particular his practice deals directly with language, using it as a primary tool in his experimentation with the fluidity of words and structure of meaning. His series of works, Untitled (Joke & Definition Paintings), each feature a Richard Prince joke from his series Joke Paintings, and a Joseph Kosuth definition from his series Art as Idea as Idea. The artist uses sentences previously loaded with specific philosophical and humourous ideas to create new meanings.

José Davila is interested in the relation between place and fiction, space and temporality. Sharing similarities with the derivative work of Bruggemann, Davila’s Homage To The Square translates the composition and title of Josef Alber’s infamous series into a three dimensional form. Gonzalo Lebrijainserts a sense of humour with his video installationThe Distance Between You and Me, which presents an image of a magnificent landscape with a small figure, the artist himself, who enters the film frame and then runs away from the viewer as fast as he can. It is a surprisingly unnerving image as we are left to wonder whether we are the cause of this retreat and whether we should join him in abandoning our present location. The work suggests either a total departure from meaning, or an enticing invitation onto a shared journey.

Jorge Méndez Blake uses literature as a conceptual tool, to articulate a discourse that navigates between the peripheries of writing and visual arts. His work explores possible connections existing between classic literature, art and culture. His use of linguistic entropy in his ongoing Libraries series depicts literature as a monument forgotten in remote, unreachable locations.

Tercerunquinto is the collective project of Mexican artists Julio Castro Carreón, Gabriel Cázares Salas and Rolando Flores Tovar. The collective is responsible for dozens of actions designed, in their words, ‘to question the boundaries between private and public spaces’. Tercerunquinto's Anarchitecture directly addresses the urban environment of Shenzhen & Hong Kong. The construction of portals from a barrier opens a filtered view of the city’s landscape, commenting on its rapid, recent transformation, referencing Matta-Clark’s deconstruction of urban spaces.