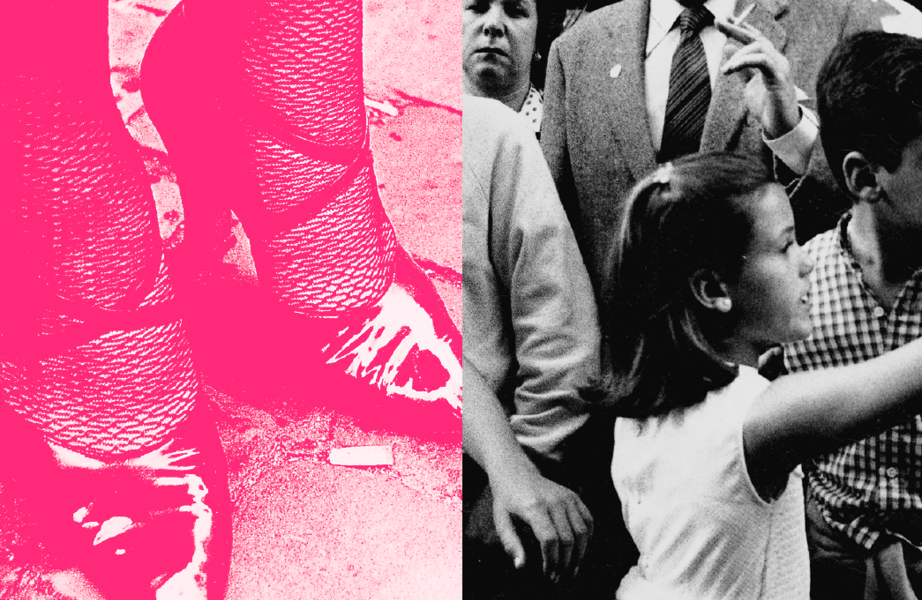 The exhibition text, written by Doctor of Philosophy Sandra Pinardi:

Luis Brito: variations on the topography of the bodies

“I am from Río Caribe. It is a place that revolves around three things: religion, madness and death ”

Photography “captures” the presentation of the world and its bodies, its spaces and situations, an autonomous presentation of the gaze - of perception and its ways of appearing - in which the topography of the various surfaces is described and discovered - skins or meat - that populate reality. This topography manifests - makes visible - those properties of bodies that are maintained despite evolution, changes and modifications, and that become traces - marks, memories, vestiges - carved by time and the environment. A topography of the apparitions, capable of accounting for what is hidden with the naked eye, that index of invisibility that accompanies all that is visible and sustains it.

In effect, photography “captures” because it involves some type of persecution, a search in which one manages to catch, apprehend or stop something –the index of invisibility- that is elusive and avoids constituting itself as an explicit and univocal figure or meaning. "The decisive moment" (Cartier Bresson) seems to be, precisely, that "capture" that makes it possible to analytically stop - in a snapshot - the proper movement of the world and bodies, their flow. Also in the temporal sphere: it seems to transform the "moment" in eternity (stop it). The “capture”, then, gives a kind of perpetual visibility in which life itself is surprised and detained in its most unpredictable, unthinkable and unexpected situations. On the other hand, this “capture” of photography, its ability to find the invisible in the appear, makes it possible for a complete story to be shown within the frame (in the snapshot) since it stalks and traps a situation or a body, a gesture or event, when it fully expresses itself.

Luis Brito manages to “capture” the bodies in their skins, in the sensitive and sentient appearance of their forms, of their topography, thanks to which their photographs are proposed, at the same time, as the recognition of the essential organization of visual forms in their expressive condition and the significance of the registered bodies and events. Indeed, his images seduce because they have a careful and deliberately searched composition, in which an extraordinarily expressive visual grammar is imposed that reinforces the interrelationships between lines, shapes, rhythms and light values, and that they construct the "place" that is the image as the transcription - the number - of a multiplicity of formal, emotional, intellectual and poetic elements that cut meanings into appearances.

As we said, his work constructs a topography of the bodies and ways of life of those people that society in a certain way has abandoned, a topography that is inscribed in the marks and wounds that everyday life has left on their appearance. For this reason, in his images there is a great attention to elements that are imperceptible on a daily basis but that in Brito's "framing" appear as testimonies in which reality, simultaneously condensed and expressed, manifests his "way of being" . In other words, in this photographic making, the visual forms and figures and the different formal components, become a discourse of a "reality" - an intimacy, a living - that states its own condition from its appearance, without mediation of words , from the communicative and revealing force of the forms themselves. In the words of Cartier-Bresson we would say that, for Luis Brito, "Photography is the recognition in reality of a rhythm of surfaces, lines or values ​​... a new visual ... a kind of presentiment of life ...", a recognition where visuality and life imply each other, and in which the forms are said in their showing and the surfaces tell their own stories in their grooves and fissures.

Most of the time this recognition is, in the case of Luis Brito, a product of the fact that he uses unusual “shots”, perhaps close to the filmic discourse, and for that reason they incorporate a dense narrative and experiential dimension. His images are captured in extreme closeness or at oblique angles, at "ground level" or highlighting and stopping in details, always with an unusual and strange "focus". Thanks to this, he constructs intimate scenes in which he visually tours what he photographs, recounting it, narrating it. Thus, his images are dynamic and dramatic, they are concentrated and contained in the force of foreshortenings and deformations that densify them thanks to the unusual relationships that he manages to establish between sizes, angles and times within the frame. In this way, he manages to guide and focus intentions, feelings and emotions; he generates places of identification.

Luis Brito was a tireless photographer and constantly oriented to experiment with the image, a photographer who reflected on his world from the point of view and the “capture" of the sensitive appearances of the world. On this occasion, the set of Series on display constitute a specific period within the work of Luis Brito, in which human bodies are the very statement of their "condition" and their way of life.

In Los desterrados (The vanished)  (1975-76), Brito records the religious fervor of the most humble: that mystical desire that is installed as the only resource of salvation, as a space for survival and recognition. Brito makes present in these images the force of hope, the difficult resignation of a promise always delayed. That is why they are the "exiles", those who must find outside their own territory the possibility of their existence, those who have no place or way of appropriation of the world.

In the Sevilla series (1986), Luis Brito records the formal composition of the "Easter" festivities, their rites and processions, the participation of parishioners, some passionate, others indifferent. It highlights, in this ritual of life and death, of pain and passion, the clothes and the fear that figures in them, an emblem of the fragility of life and its losses.

In Geografía humana (Human Geography) (1979-82) the skin becomes territory, in faces that have been photographed too closely, almost touching them; faces in which a dwelling is discovered and described, circumstances and situations, a life. Faces in which the wrinkles of the elderly become topographies, with grooves and wefts. Tanned and aged faces that are heartbreaking in the way they bear witness to each of the stocks they record. Lonely and forgotten men, who seem to be inhabitants of a difficult and darkened world, but dense in their authenticity and consistency.

Anare o Crímenes de la paz (Anare or Crimes of Peace) (Circa 1976) is a series of photographs in which the images present subjects forgotten by society, strangers and abandoned, those who live with loneliness and pain. We find glances without destination or place, twisted or hidden bodies that express the unapproachable of their situation, the strangeness that defines them.

A Ras de tierra (At Ground level) (1978-80) is a an example of the encrypted condition of the image, of how an image can generate a world of links and allusions that unfold exceedingly over the registered and the figurative. Photographing feet and shoes in various scenes and places, Brito manages to summon from that fragment the appearance of the totality of a person, of a being and a cultural act, of a nationality or a social class, of a place. Each image comes out of its contours, its frame, and presents itself as a specter of itself, each image expands to reveal the world and the history to which it belongs.

Invertebrados éramos (Invertebrates we were)(1980-81) seems like an adventure in search of an “animal” memory that defines us as bodies and lives, and that connects us with the earth and nature. These images are like fragments of a detained time, of a past that becomes eternity and present, they are memories that mutely reveal themselves as unnoticed moments. A sort of fragmentary narration, made of heterogeneous elements and scenes, in which a world adrift is described.

Segundo piso, tercera sección (On the second floor. Third section) (1985-86) the protagonists are the hands and their gestures, their various ways of perching or grasping. In these images, in the rhythms generated by the hands, in the cadence of their gestures and postures, a “sign language” is constructed. Without codification and free, but capable of being read by each viewer when reconstructing, from the silent expression of the gesture, the history of the body and the person to which that hand belongs.

In Relaciones paralelas (Parallel Relationships) (1983-84) Brito confronts, contrasts, scenes and characters, creating images that critically inquire about the various cultural and power narratives that seem to historically determine our socio-political reality. Linking each character with their own scene or relating it to the symbol that determines their living space, these photographs open up a system of links that converts them into allegories of the various spaces of the social body, of its different levels of power and existence, of their multiple tasks. A kind of semblance of the world in the plurality of its cultures and ways of life, in the diversity of its places and existence.

This expressive, dramatic and narrative photography, which crosses the topography of the bodies, takes charge of existence in all its dimensions and aspects, capturing lives and people with a gaze that manages to discover –evidence– in tanned faces, or in the details of clothing and attitudes, the authenticity of an experience to deliver to the viewer as a secret to discover, as a trace that must be carefully contemplated. Luis Brito is a visual chronicler who collects in his observation a world of images, of appearances, and his works are integrated into the world as a set of "essays" in which Brito critically reflects on the reality he has to experience and does taking care of its aesthetic dimension as well as the accuracy of its compositions and shades, of its chiaroscuro, which are also explicitly linked to political, historical and popular references. A mysterious and allusive work, a work that invites the delay of the gaze in the encounter of multiple meanings, in the discovery of the invisible and the unspeakable, a work that is made of the variations in the topography of bodies.

The opening date would originally be March 13, 2020. However, on the same day COVID-19 was declared a pandemic and the room was closed until further notice. The opening date will be rescheduled once the quarantine has ended.