BAphoto, the most important Latin American art fair specialized in photography, creates a virtual platform where conversations will be held between important artists, curators, collectors, gallery owners and museum directors from local and international circles, who will reflect on different aspects of photography and contemporary art. 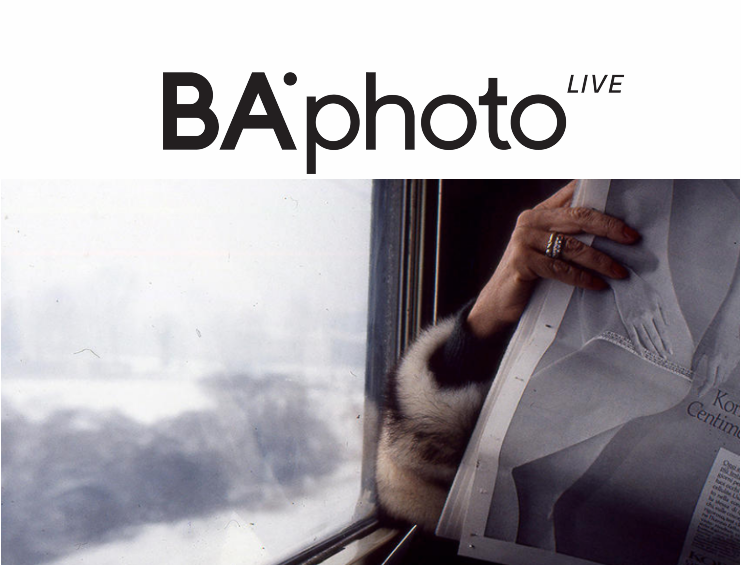 Following the expansion of the Covid-19 and the global pandemic situation, BAphoto transforms for the first time its annual fair into a special online edition open to the international community. Thus, BAphoto Live was created, a virtual space dedicated to the promotion, circulation and commercialization of Latin American photographic art. A platform designed according to current circumstances, offering the public a specific selection of works from 40 art galleries from different regions and trajectories.

The program will start on Saturday June 20th with the Conversations with Artists section, where Guatemalan photographer Luis González Palma will talk with María Paula Zacharías, the journalist specialized in visual arts, about his work and the creative challenges facing the pandemic.

He was born in Guatemala in 1957, lives and works in Córdoba, Argentina. His solo exhibitions include: The Art Institute of Chicago (USA); The Lannan Foundation, Santa Fe, (USA); The Australian Center for Photography, Australia; Palace of Fine Arts of Mexico; The Royal Festival Hall in London; Palazzo Ducale di Genova, Italy; MACRO and Castagnino de Rosario Museums, Argentina; Fundación Telefónica in Madrid, Galician Center for Contemporary Art, Santiago de Compostela, University of Navarra Museum, Spain; and in photography festivals such as Photofest in Houston, Bratislava in Slovakia, Les Rencontres de Arles in France, Singapore, Bogotá; San Pablo and Caracas among others.

His work is included in several public and private collections including The Art Institute of Chicago, The Daros Foundation in Zurich, Switzerland, La Maison European de la Photographie in Paris, The Houston Museum of fine Arts in USA, the Foundation pour l'Art Contermporain in Paris France; the Fondazione Volume! in Rome, Italy; The Luis Angel Arango Library in Bogotá, Colombia; The Fogg Museum at Harvard University, and The Minneapolis Institute of Art, Minneapolis, USA; Kiyosato Museum of Photographic Arts, Japan; The Montreal Museum of Fine Arts, Canada.

He received the Photo Spain Grand Prize "Baume et Mercier" in 1999 and collaborated with the staging of the Opera production "The death and the maiden" at the Malmö Opera in Sweden in 2008.

She was born in Buenos Aires in 1978 and graduated with honors from the Bachelor of Journalism at the Universidad del Salvador as well as being a Professor of Journalism at the same university, where she did the Pedagogical Programme. She obtained a Diploma in Cultural Management in Idaes, University of San Martín and finished studying her Master in History of Argentine and Latin American Art, also in Idaes-UNSAM. She studied Photography at the Avellaneda School of Photographic Arts and with Pablo Garber. For two years she attended Arturo Carrera's poetry workshop and, for eight years, she was a lecturer in the journalism career at USAL. Since 2001 she has collaborated in the newspaper La Nación, specialized in visual arts since 2004. And since 2012 she writes about art in Clase Ejecutiva, the newspaper El Cronista’s magazine, and in the Hoornik magazine. She has three published books: Guillermo Roux in his own words (Ariel, 2018), Art State (India 2016 and 2019) and Interview with Art (India, 2019). She participates in the Why are they so cool? show with Fernando García on Radio Cultura since 2016 and in 2015 the Argentine Association of Art Galleries awarded him the Lifetime Achievement Award. In addition, in 2019 she received the Adepa First Prize in the Culture and History category.

On Saturday June 27, in Collection Dialogues, the collector José Luis Lorenzo and the photographer Gabriel Valansi will reflect on the particularities of photography collecting and the changes in the ways of producing and acquiring works in times of social isolation.

On Saturday July 4, within the Curatorial Discourses section, Idurre Alonso, Associate Curator of Latin American Collections of the Getty Research Institute in Los Angeles, will be in conversation with Francisco Medail, artistic director of BAphoto, about institutions’ new strategies to face the needs of the sector.