BAphoto, the most important art fair specialized in photography in Latin America, transforms its annual face-to-face fair for the first time into a special online edition open to the global community. From September 1 to 15, you can access BAphoto Live, the content and marketing platform for photographic art designed especially for this edition. 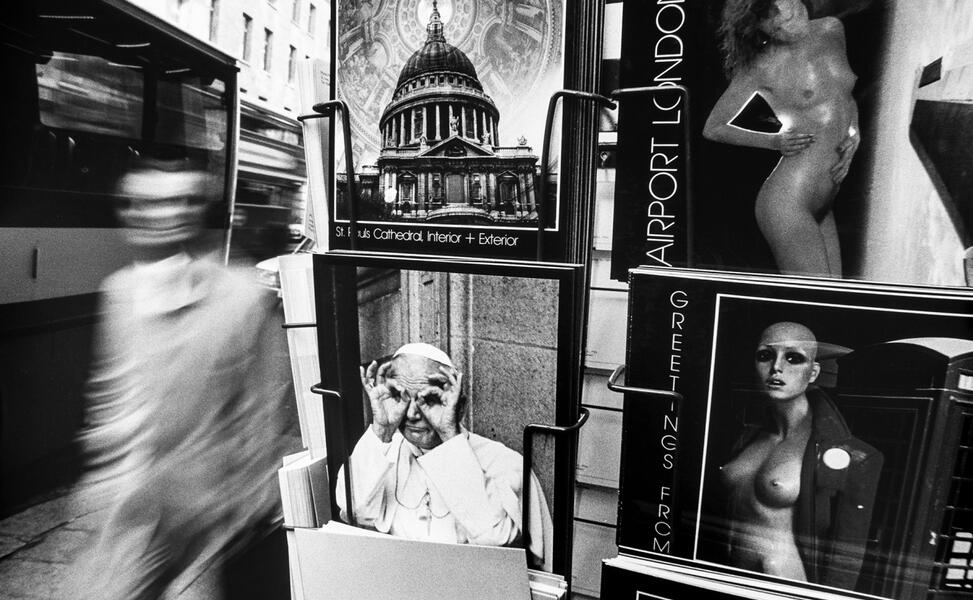 BAphoto Live is a platform dedicated to the promotion, dissemination and commercialization of photographic artwork that will be available from September 1 to 15 in the BAphoto website. It is a virtual place adapted to the present, which offers the public a selection of photographic works through the participation of more than ninety art galleries with a long history, from different countries. At the same time, BAphoto Live will introduce curatorial content that aims to continue to stimulate interest in artistic production and expand its reach to new audiences.

"BAphoto Live seeks to adapt our classic fair to current circumstances, and, at the same time, it intends to make use of the tools and potentialities that the digital world enables" stated Diego Costa Peuser (Director of BAphoto).

Among the different sections that the platform will have available is the GalleriesShow, the main sector of the fair, sponsored by EFG. In this space you can visit more than ninety galleries, which will offer a selection of works by their best artists for sale. Among them are 42 Argentine galleries, 11 from Brazil, 10 from the United States, 8 from Chile, 7 from Peru and 5 from Spain, among other countries in the world. In the current context, virtuality has allowed the presence of different cities in the world such as Barcelona, ​​Bogotá, Caracas, Mexico City, Córdoba, La Paz, Lima, Madrid, Mar Del Plata, Miami, New York, Pueblo Garzón, Punta del Este, Quito, Rosario, San Andrés Cholula, Santa Cruz de la Sierra, Santiago de Chile, San Pablo and Valparaíso.

In the PlayRoom section, sponsored by Zurich Argentina, you will be able to access four curatorial proposals that offer different tours and experiences in relation to photographic production. The Spanish curator Alfredo Aracil will present Lines of Virtuality, an online exhibition that analyzes the transformations in artistic production in recent years through computational design and now also in its biotechnological version. Lines of virtuality features works by Alan Segal (El Gran Vidrio), Amalia Ulman (Barro), Carlos Fernández Pello (García Galería), Enrique Radigales (Casanova) and Florencia Rodríguez Giles (Ruth Benzacar). On the other hand, Francisco Medail, artistic director of BAphoto, will introduce Where the ham was not ham, a journey through the history of Foto Estudio Luisita (Hache Galería), where the most important vedettes of magazine theater, tropical music singers, TV actors and other popular culture characters. Medail is also in charge of Correspondences, a visual dialogue between Annemarie Heinrich (Vasari) and Gaspar Gasparian (Luciana Brito), two founding artists of modernist photography in Latin America. The Playroom is completed with Pictures within pictures, an exhibition that proposes new views of old Buenos Aires through the details of a set of photographs from the late 19th and early 20th centuries. The project is promoted by the Hilario Artes Letras & Oficios gallery, along with historian Abel Alexander’s advice and participation.

Moreover, BAphoto Live invites you to discover PrintPreview, a section sponsored by ArtexArte, Fundación Alfonso and Luz Castillo, dedicated to the promotion of photography books. There you can view and purchase different titles from Ediciones Lariviere, specialized in books by Argentine photographers and Ediciones ArtexArte, dedicated to theoretical books on photography. In addition, there will be a special selection of fifteen contemporary photobooks via the invited publishing houses Asunción, La Balsa, Sta Rosa Editorial, Sed and Vaciarte.

During the fifteen days of BAphoto Live, visitors will be able to enjoy films about photography and audiovisual projects made by artists in the CineClub section, which is free and will offer a specific film each day. Its programming includes documentaries about Oscar Pintor and Juan Pí, and the latest film made by the artist and filmmaker Andrés Di Tella.

Likewise, BAphoto Live will continue to carry out its LiveTalks, a cycle of online interviews with different artists, curators and collectors to discuss their projects and careers. Scheduled conversations include collectors Jean-Louis Larivière (Argentina) and Johann Mergenthaler (Mexico) and renowned artist Graciela Iturbide (Mexico). OpenFile will also go on, sponsored by the ICBC bank, which features a series of short interviews conducted by the journalist Marina Oybin with different artists participating in the fair, all available in IGTV. At the same time, there will be an alliance with Fundación Proa to promote the incorporation of photography in its educational program, and OMINT will present guided tours by photographers such as Claudio Larrea, Lorena Fernández and Daniel Merle.

BAphoto is the most important art fair specialized in photography in Latin America. Since its emergence in 2005, BAphoto has worked to promote the development of photography within the artistic field and to value its production internationally. With sixteen years of experience, the fair has managed to become a point of reference for Latin American photography and a meeting place for artists, curators, critics, specialized journalists and new collectors increasingly interested in this medium. Chaired by Diego Costa Peuser, BAphoto aims to consolidate the development and promotion of the photographic medium, thanks to the participation of specialized galleries and the support of different institutions and sponsors, who make it possible for this project to be carried out.