Karina Peisajovich’s recent exhibition, entitled “The eyes, sometimes”, features in the manner of an exploration of the intimate process of creation, the three possible scenarios: the studio, the encounter with nature, and the experience itself as a space for reflection. 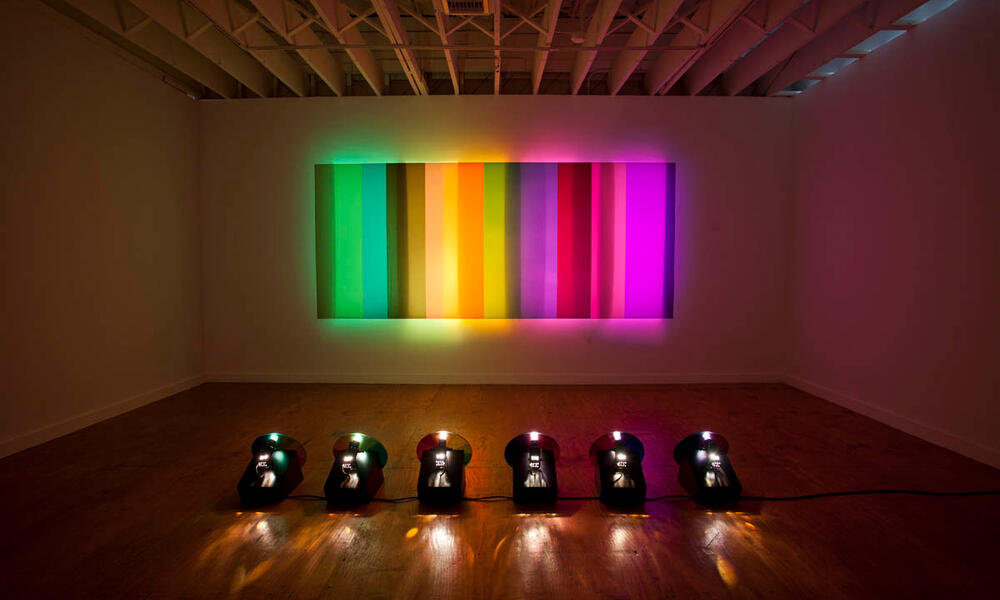 The first exhibition space in the gallery shows, on two opposing walls, two radically different series which, however, complement one another in a strange way. The first of these, Color Theory, 2011, features fifteen geometric drawings, meticulous studies carried out by someone who is obviously deeply interested in the history of the different color theories − such as those of Runge, Goethe, Newton, Osvald and Hering, among others − throughout the history of art and who, through the geometry of the forms she utilizes, recalls chromatic circles and other color schemes in a sort of ludic play involving theory and practice. In the series Every Time I See a Rainbow, 2011, on the other hand, the artist shows snapshots she has taken of rainbows encountered randomly in the street, in a more poetic approach which undoubtedly complements in the viewer that which might actually be the true personal experience of color based on the poetry of its finding in nature, and invites him/her to learn the complete lesson: the perception of color must be “lived”.
In the following room, visitors are faced with the installation RGB/CMY, 2011, where they are invited to make an obligatory stop to sit down and contemplate the true magic of color and perception: two color gamuts coexist on a wall, one of them painted and the other featuring the light projection of six rotating color discs, RGB (acronym for red, green, and blue) − additive colors − and the subtractive colors CMY (acronym for cyan, magenta and yellow). The result is a constantly changing work, a painting made of light and color whose tones are never the same; the work creates and recreates itself endlessly, like the water of a river which is always different although the river continues to be the same; it is an evocation of life as constant change.