Le Bal (independent space devoted to photography, videos, cinema and new communication media) invites visitors to an unprecedented experience that is the product of a Homeric search led by Horacio Fernández: the exploration of an unknown and uncharted territory, that of photography books edited between 1921 and 2012 in Latin America; conclusive, disquieting, complex, sometimes forgotten, secret or condemned books. 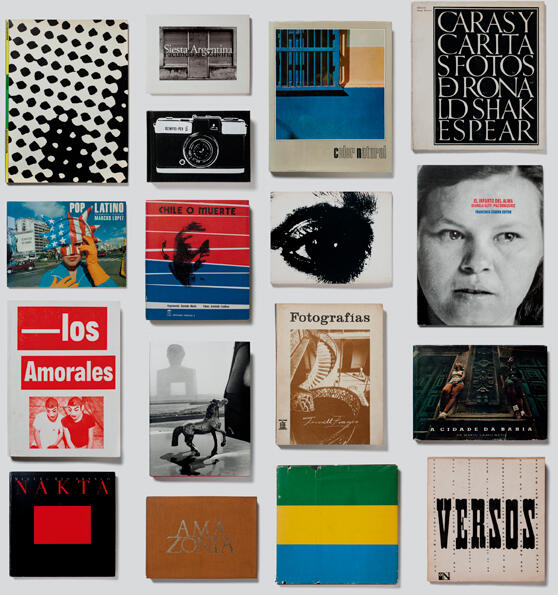 “Foto / Gráfica”- A new history of books on Latin American photography, is based on the selection of 40 books extracted from Los libros de fotografia de América Latina; a project born of the first Latin American forum on photography held in Sao Paulo in 2007. As a result of this event, a crucial lack of knowledge on photography books edited in the 20th century in Latin America became evident. For three years, in nineteen countries, from Cuba to Patagonia, Horacio Fernández together with a consultative committee (Marcelo Brodsky, Martín Parr, Ramón Reverté, Lesly Martin, Iatã Cannabrava) interrogated photographers, collectors, researchers, graphic artists and editors. This research, vertiginous and galvanizing, resulted in a surprising book, which proposes a critical selection carried out on the basis of a rich variety of photography books produced in Latin America. It comprises publications from the entire South American continent and includes books published in the main editorial capitals: Buenos Aires, Mexico and Sao Paulo. It contains works by the most eminent Latin American photographers: Horacio Coppola, Martín Chambi, Manuel Álvarez Bravo, Graciela Iturbide, Manuel Río Branco and Paolo Gasparini, and introduces the less attentive viewer to the excellent work of photographers little known outside their respective countries and to the reading of their archival works.
Books are not easy to exhibit, in fact, they are resistant to exhibition, but in this show the equivalent of a “compilation album” is successfully avoided. Fortunately, the show successfully evades the trap. Instead of structuring the exhibition around the different countries, it is articulated in a series of six sections: “History and propaganda”, “Urban photography”, “Photographic essays”, “Artist books”, “Literature and photography”, and “Contemporary books”. These categories go beyond the traditional boundaries of the photographic album, widening its definition to something like “books that contain the photography”, which makes the terrain much more diverse and interesting; like the volume on revolutionary propaganda, Argentina en marcha (1950) or the artist book Auto-fotos (1978) which documents a performance by Brazilian artist Gretta. There is enough material in each one of these sections to whet the appetite, but without the need to spend several hours in the exhibition space only to cover all the exhibited material.
The staging of “Foto / Gráfica” is particularly good. The books are shown in different ways, from the classic display cabinet to the personalized bookshelves hung on the walls. The exhibition also makes good use of the photographs, films and scale models of the time, which are shown together with the books and are a useful reminder of how different these are from the communication media.
In the first room the books are exhibited in showcases, accompanied by photographic proofs of the time; most noteworthy is José Medeiros’ book Candomblé, whose name originates in the prohibited Afro-Brazilian rites. A small room houses the images of the book Amazonia published in 1978 by Claudia Andújar, dedicated to the Yanomami, an indigenous peoples of the Amazonia, presented as one of the most important pieces of the exhibition.
The temporary walls of the cellar have been covered with reproductions of books and in that room more original proofs may be found, some of them particularly attractive; among them, the series by Colombian artist Fernell Franco is noteworthy.
The success of “Foto / Gráfica” lies in the fact that it opens Latin American photography to wider horizons, leading it to commit with the broader Latin American culture by shaping politics, literature and art in a different way at the center of the stage. The exhibition not only offers a very necessary context, but also expresses a series of interesting roads for research.
After Paris, the exhibition will travel to Ivory Press in Madrid, Aperture in New York and the Museo del Libro y de la Lengua, in Buenos Aires.