In January 2009, the Venezuelan Julieta González accepted the challenge of being associative curator of Latin American art at Tate Modern, one of the four international museums (the others are MoMA, New York; Museum of Fine Arts, Houston; and The Blanton Museum of Art, Austin) that host Latin American art in their collections. 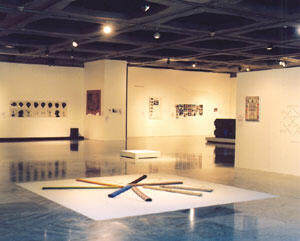