The name of Brazilian curator Adriano Pedrosa is inseparable from the process of creation of the role that an international curator may play in the 21st century. In his curatorial practice, there is an interesting re-contextualization of the foundational text of Brazilian Modernism, Oswald de Andrade's Manifesto Atropófago (Cannibal Manifesto). His exhibitions open up new horizons –which are sometimes polemic− on the way in which contemporary art draws upon and provides feedback to culture in processes that incorporate contaminations and re-appropriations. 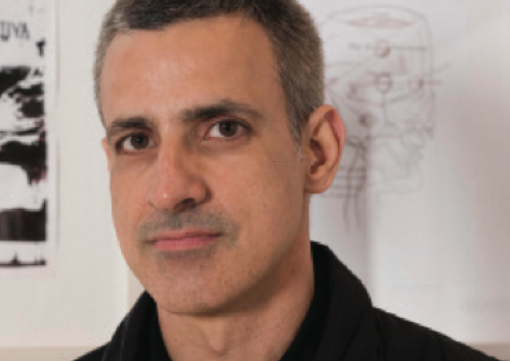 In particular, Pedrosa has moved away from the tradition of historiographic exhibitions, breaking with chronologic succession (and subjection) and increasing the free transit between origins, periods and spaces in art. He extends the confines of the domestic, even in the case of events implicitly labeled as national. His curatorship of the 31st edition of the Museum of Modern Art’s Panorama da Arte Brasileira (Panorama of Brazilian Art) in 2009, questioned the definition of what is Brazilian art. As curator of an exhibition generally restrained to national art, he invited foreign artists whose work had been influenced by Brazilian culture. Juan Araujo, Damián Ortega, Allora and Calzadilla and Franz Ackermann, participated in the exhibition Mamõyguara opá mamõ pupé. Its title, inspired by a work of the collective artist Claire Fontaine (also included in the show), means, in ancient Tupi –the original language of the Brazilian territory– “foreigners everywhere” and, at the same time, it refers to the famous phrase associated to the Anthropophagic Manifesto: “Tupi or not tupi”. The photomontage of a sensual adolescent on whose naked chest the Venezuelan Jorge Pedro Núñez juxtaposed a version of Hélio Oiticica’s Cosmococas on LeWitt’s triangular isometric shapes, could not be exhibited. Oiticica’s relatives disapproved of the work and the museum excluded it. Pedrosa defends the legitimacy of these re- appropriation strategies. He has sought another context in order that the removed piece may be displayed in a Brazilian gallery. Thus, he ratifies the free transits and reconnections between works belonging to different periods, traditions and categories.

Invited by the Jumex Collection, Pedrosa plans an exhibition on the genre of travel that will imply the incorporation of works from earlier periods in this contemporary collection. The itinerary will include works by Andreas Gursky and videos by Fernando Ortega, in a dialogue with artists of the 1960s and 1970s like On Kawara and Richard Long, and with European travelers visiting Mexico in the 19th century.Pedrosa constructs his visions in constant friction with the established notion of art history. As reflected in F(r)icciones (Reina Sofía Museum, 2000), co-curated with Ivo Mesquita, he opposes to history a notion of “fiction”, critical and definitory of his curatorial practice. He confronts its hegemony based on the dialogue with the works of the present, constructing other histories/stories within history. This play is equivalent to the one that makes it possible, in Spanish language, to extend the meaning of the term “historias” to narrative fictions, connected to the archaic Portuguese term estória. “This implies,” he explains, “the deconstruction of narratives, not in the strictest sense of the term fictional, but with the aim of questioning history”.
He is passionate about “working for art, in a close relationship with artists”, in a dialogue which may eventually be conducive to the discovery of unexpected creative paths. A decisive learning process as a curator was that of always respecting the integrity of the artist’s work in terms of taking care that artists feel comfortable with the context in which they will be exhibited, without yielding to any pressure −not even to the pressure of visibility− when they are not convinced by a project.
Pedrosa privileges the idea of the creative writer over that of the art critic, as did Roland Barthes, a key inhabitant – like Borges or Calvino − of his world. “If we realize that the obtainable truth is not an absolute truth, it is clear that one may only produce readings and interpretations and not final truths or judgments”. His own training included a Law degree, his initiation as an artist, an interest in the connection with other fields – he also studied Comparative Literature at the California Institute of the Arts, Calarts – and his shift to curatorial work in the early 1990s, marked by an exhibition he did not see − The Play of The Unmmentionable − in which Kosuth juxtaposed works from The Brooklyn Museum’s Collection which had been subject to different forms of censure, and texts on art by different authors. Going a long way back in the genesis of Pedrosa’s gaze, which tends to subvert orders and to propose juxtapositions between the works (and related texts) which are amazing, but which are the result of an in-depth exploration of contemporary creation – the term researcher does not fit him, due to its academic overtones – we find the gaze of the ten-year-old boy who discovered a dazzling Rio de Janeiro when he saw it for the first time through a pair of eyeglasses. Given his acute short-sightedness, the difference between not seeing and seeing was an unforgettable contrast. “I subjected the city center, the elaborate movement of people and things, to a severe scrutiny”. That “great moment” when he saw everything for the first time with brilliant clarity, which he describes in his essay on Daniel Senise1, marks to some extent his later relationship with art.

The discovery of the fact that his eyes do not see the world as it actually is rendered him even more aware of the veils − often associated to subterranean memories and conditionings− that stand between perception and reality. He wrote: “Conditioned through a set of expressive elements, we perceive through language. But whereas we still lack a visual dictionary comparable to a language dictionary, it is in the realm of images that the unstable, the unspeakable and the elusive takes place”2. His quest is also that of obtaining, from the arts and from texts, tools that allow him to go beyond conditionings in the perception of reality. The dilemmas of representation and of the “translation” of the iconographic onto the written text are inseparable from Pedrosa’s different searches, as well as of the understanding that the curator also operates in a vast and mysterious zone. The countless trips of this quasi-nomadic curator, who has followed emerging art along a horizon line including cities as distant as Lima and Istanbul, Buenos Aires and New York, are an essential feature in any attempt to catch a glimpse of this zone with certain precision. It is not a matter of chance that he should show a passion for exploring cities in his literary or visual texts, and for the dilemma of representing maps as networks and fabrics, as copies − and juxtapositions − of the territory (geographic, cultural, political and emotional). As curator of the Colecção Madeira Corporate Services, he has gathered together a consistent selection of drawings of territories which were exhibited in Desenhos: A-Z3. What we find in Adriano Pedrosa is a kind of guide − although he does not consider the term particularly convincing − to lead us in an alternative navigation in that huge nocturnal sea of contemporary creation. Pedrosa −together with Jens Hoffmann − will be the curator of the 12th International Istanbul Biennial, organised by the Istanbul Foundation for Culture and Arts, to be held from 17 September to 13 November, 2011.