The Cintas Foundation is probably best known for the fellowship it grants every year to architects, writers, music composers and visual artists of Cuban origin. 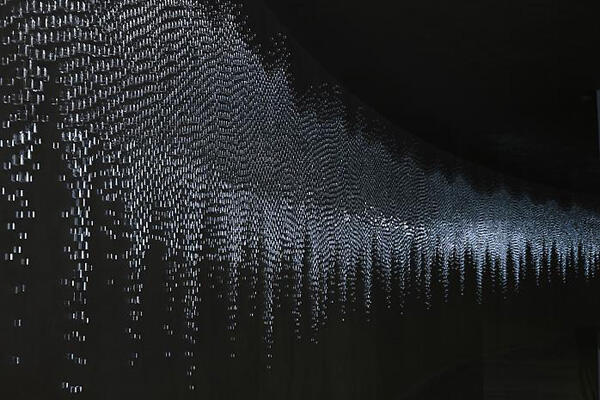 It is one of the most prestigious institutions of its kind, and in the context of Miami, it is definitely the most important one for the Cuban art community. Up to the present, the scholarship has been awarded to 185 visual artists, 21 architects, 81 writers, and 24 music composers from around the world. It has helped many artists going through difficult times, and several of them mention the scholarship as the decisive factor in saving their artistic career in the context of exile. The recipients of this fellowship in the field of the visual arts include some of the most important names in the Cuban Diaspora, such as Félix González-Torres, Carlos Alfonzo, José Bedia, Luis Cruz Azaceta, Julio Larraz, Guillermo Calzadilla, Cundo Bermúdez, Mario Carreño, Teresita Fernández and Carmen Herrera, among many others.

However, the Foundation’s mission is not restricted solely to offering fellowships, and its vision and objectives are closely linked to the life of its founder and benefactor, Oscar Benjamín Cintas, despite the fact that it was created to carry out his wishes following his death, fifty years ago. Cintas was born in Sagua La Grande, then province of Las Villas, Cuba, in 1887. He amassed a fortune mainly as a result of his incursions in the sugar and railroad industries. He also served as Cuba’s ambassador to the United States. An avid collector, Cintas resorted to the advice of important personalities of his time, such as Alfred H. Barr Jr., who was the first director of New York’s Metropolitan Museum of Art. Over the course of his life, he acquired important Old Master artworks and pieces of modern art. Among the former, mention may be made of several paintings by the famous Dutch artist Rembrandt Harmenszoon van Rijn. He also collected books, among them, the sole first known edition of Miguel de Cervantes’s Don Quixote. His collection also included manuscripts, most noteworthy among them, a copy of the document known as The Gettysburg Address, the only copy known to have been signed by President Abraham Lincoln, which was donated to the White House, where it still remains. Before his death, Cintas entrusted the administration of his estate to the Chase Manhattan Bank, appointing Ethan Alyea as legal counsel. One of his objectives was to create a foundation, a project which was encouraged by David Rockefeller, another well-known philanthropist of the time. Although Cintas passed away in New York in 1957, his wishes were fulfilled, and the Foundation was established in 1962 with funds raised through the sale of part of his collection. Its original name was Cuban Art Foundation , but it was soon changed into its present name to honor its founder. One of the essential aims of the Foundation was, precisely, to offer support to artists of Cuban origin. The Cintas Fellowship, which became a vital part of the Foundation’s project, was created to this end, and the first five were awarded in 1963. It currently consists in the amount of $10,000, paid in quarterly stipends and enabling artists to work for a year. Finalists are announced every year, and following a group exhibition of their works, the winners are announced. This year the recipients were Angela Valella in the category of visual arts, Yosvany Terry in music composition, and Daniel Castro in creative writing.

Since 1963, the successive Cintas fellows have donated a work that is representative of their art to the Cintas Fellows Collection. This Collection will be featured in the exhibition titled Impact and Legacy, organized by the Miami Dade College Museum of Art and Design, as part of the celebrations on the occasion of the 50th anniversary of the fellowship’s creation. The celebration program includes events such as lectures and also an auction sale aimed specifically at raising funds for supporting the Foundation’s fellowships. The works that will be auctioned have been donated by the fellows.

The Cintas Fellowship fulfills a function of vital importance for the Cuban Diaspora. It is one of the few institutions that offer direct support to artists belonging to the Cuban community that helps them to produce and promote their work. Above all, years ago, when there were almost no institutions that supported Cuban artists, the Foundation provided the material means that enabled them to continue creating, a mission it has continued to carry out up to the present.