On the façade of the three-story building in Miami’s Design District that will house Rosa and Carlos de la Cruz’s remarkable collection, there will be no distinctive name; only a billboard featuring Félix González Torres’s solitary bird soaring into the sky. Of this essential 20th century artist, whom Rosa knew and whom she supported for many years, the de la Cruzes treasure what is likely the most significant group of works. “Treasure”, in this case, refers to the responsibility in the custody of the legacy of one of the true genuine transgressors, capable of altering the notions of contemporary art. 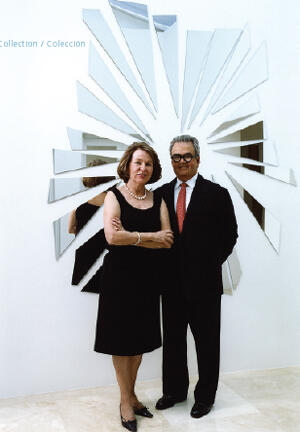