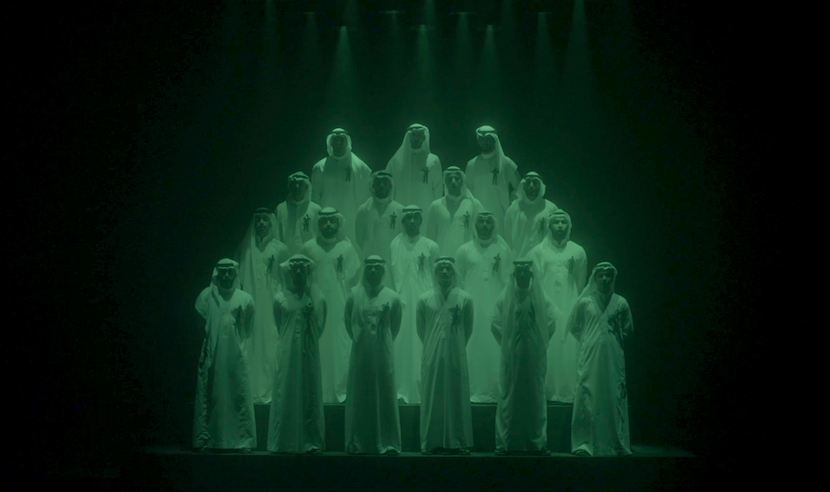 First, on November 10th, the exhibition “The green light”, by the young Saudi artist Ahaad Alamoudi was inaugurated on the 5th floor of the Kirchner Cultural Center with curatorship by BIENALSUR’s artistic director, Diana Wechsler.

Alamoudi takes mimicry as her starting point and explores the creative power that such mimicry contains. “The green light” is a video installation centered on the ways in which information is shared and at the same time constitutes us as subjects in society.

Born in Jeddah in 1991, Alamoudi grew up between England and Saudi Arabia. She graduated from Dar Al Hekma University in Jeddah with a BA in Visual Communication in 2014 and earned an MA in Printmaking from the Royal College of Art in 2017. Many of her photographs, videos and installations aim to alter the historical interpretation of Saudi Arabia. She exhibited in cities around the world, such as Sharjah, London, Venice, New York, Miami, San Francisco or Lewiston, among others. In the context of BIENALSUR 2021, she participates in the collective exhibition "Echoes. A world between the analog and the virtual", which inaugurated on October 15th in the Jax District of Riyadh, and will also open on November 30th at the Qasr Khuzman in Jeddah.

Wechsler, the curator, reflects on the exhibition: "Her gaze, focused on the processes of identity constitution, unfolds symbolically in this work through a complex dynamic of lights that are activated in relation to the voices that come from a chorus of men who sing an Arabic pop song. In it, the lyrics are repeated over and over again: 'No, no, don't leave us, we were always with you / No, no, don't leave us, even if we weren't with you.' Assuming a parodic character, there are nuances given by the voice inflections, the ways in which the intensity of some words is modified or how the sentences are cut, and this adds to the proxemics, the camera shots that subtly alter the message regardless of whether it always stays the same. Each voice is identified with a unit that is built and rebuilt as the light turns on and off. The messages remain latent and, as the lights turn on, they are broadcast again. This piece generates a hypnotic immersion that gets us thinking about one of the most complex issues of our present global context when it comes to information: the ways in which messages are transmitted, how attention is captured and how ideological stances are intentionally shaped".

The exhibition can be visited until December 10th, free of charge.

On the other hand, on November 17th, two new exhibitions add to BIENALSUR at its Kilometre 1.3. On the one hand, "Transfer", an exhibition made up of two videos by Gernot Wieland, from Austria, curated by Leandro Martínez Depietri.

"A critical exploration of the limits of psychoanalysis and psychiatry encourages Gernot Wieland's audiovisual collages, in which the “I” is confronted with a radical empathy for living beings and landscapes. A curious look at cruelty and the strangeness of the world is articulating possible answers to two questions that define his work from a childish insistence: What do we see? What do we want to see? His narratives operate on the present, past and future as if these were caked layers of plasticine that he slowly molds with images, words and silences which shape absurd creatures, born from the incestuous cross between memory and fiction. The Grimm Brother’s tale 'The Musicians of Bremen', the script for 'The Birds' by Hitchcock and the mythical Guaraní figure of El Pombero are some of the fables of an animal world on which Gernot projects new human stories, ranging from autobiography to Austrian history. The exhibition’s name plays with the affective networks that he draws from the Freudian notion of transference, understood as the repetition of traumatic experiences from childhood which translate to today’s relationships, but extending it to relationships with non-human agents. This selection of videos –which includes a work commissioned by BIENALSUR- ucello, in Italian, means bird– responds to these vital tales of cross stories between different species, landscapes and objects that share a collective unconscious. Through them, Gernot emphasizes the possibilities for a posthuman ethic, which is already present in popular culture and which opens paths within the nonsense, to which the belief of Man as the center of the universe has led us”, the curator explains.

Gernot Wieland was born in Horn in 1968 and currently lives in Berlin. He studied at the Academy of Fine Arts in Vienna and at the University of the Arts in Berlin. His works have been exhibited at the Salzburger Kunstverein, the Rotterdam International Film Festival, the Kassel Kunstverein, the Graz Kunsthaus and the Liverpool Biennial, among others. Wieland has received several awards, the most recent being the EMAF Media Art Award 2019 from German film critics.

Parallel to "Transfer" comes “Desde la herida” (From the wound), an exhibition curated by the Spanish Virginia Roy with productions by female artists who investigate the multiple fissures present in our societies. Participating in this exhibition are the Spanish Lúa Coderch, the Chilean Cecilia Vicuña, the Peruvian Claudia Coca, the Portuguese Grada Kilomba, the Argentine Graciela Sacco and the Mexican Tania Candiani, among others.

"The exhibition addresses the idea of​​injury as a place for reflection and vindication, and presents the condition of vulnerability as the necessary strength that one needs to fight. The work urges us to listen to the multiple open wounds that pierce us, and challenge ourselves as a community. Those that suppurate from our texture and epidermis: social, colonial and gender tears; racial, historical and environmental fractures, whose cuts and scars pierce us and do so in the real world. In these times of uncertainty, thinking about the wound and its scar leads us to apprehend the volatility and fragility in which we are immersed. The wound is part of us and from there the artists recognize their position of fragility in order to reconvert it into potentiality. The pieces are presented as acts of connection, threads that re-emerge and weave a new resistance starting with artistic languages. In this way, the exhibition delves into the poetics of the wound, that is, the significance of images and narrations in the face of different scars. A poetics is necessary to reconnect with the fragments of experience as a link between us and our absences, and that creates an exercise in visibility and empowerment ", Roy remarks.

Both "Transfer" and "From the wound" can be visited free of charge until February 17th. All these projects will be presented on the 5th floor of the CCK and have the support of Argentina’s Culture Ministry. 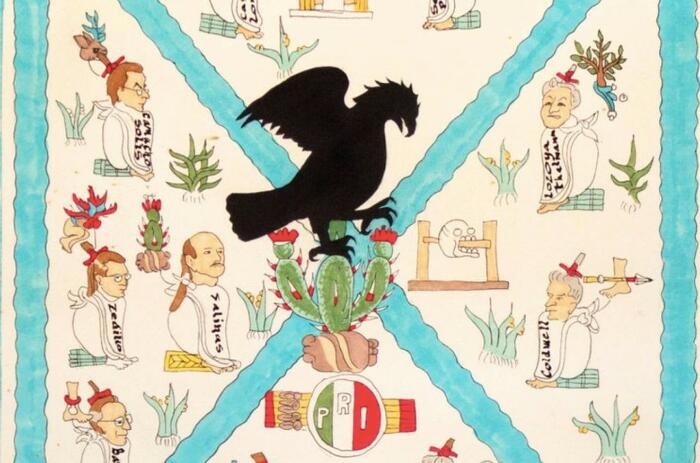 Two new exhibitions were presented last week in the framework of BIENALSUR, the international biennial of contemporary art that is held simultaneously in 124 venues in 50 cities around the world. In this case, the expo’s are held at the Enrique Udaondo Provincial Museum Complex in Luján (Province of Buenos Aires), and are dedicated to the native peoples of the American continent. 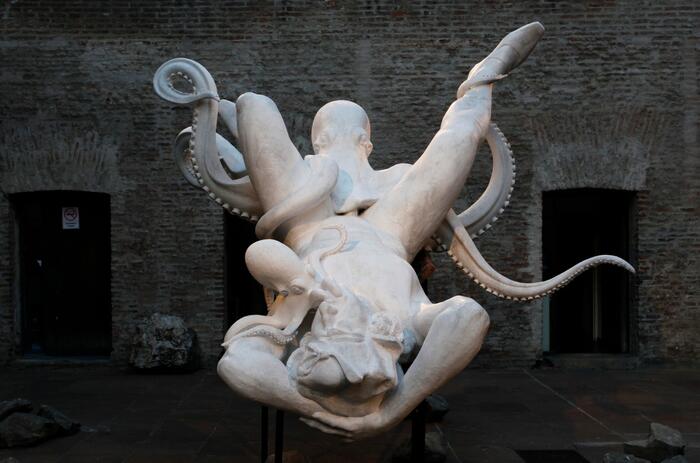 The echoes of the bells from the Church of San Ignacio of Loyola, in Buenos Aires, resound on the stones of the old Manzana de las Luces historical complex, one of the last buildings from the colonial era that survive in the city’s historic center. The place, which through the centuries has been a convent, a Museum of Natural Sciences and even a Faculty, transpires hispanic barroqueness. It is now a museum without a permanent exhibition; it is, in its way, a monument of its own. In the courtyard, the spectator looks upwards and there stand the balconies of the old cloisters, higher up the glass and steel walls of the skyscrapers of the financial district and, poised on the museum’s ceiling, observing this ancient patio, an unwinged angel that looks out of place. And it is. Or maybe not.

AN ANGEL, COLUMBUS, WRESTLERS AND A PAIR OF WINGS: THE COUNTER ALLEGORY AS A RESIGNIFICATION OF HISTORY 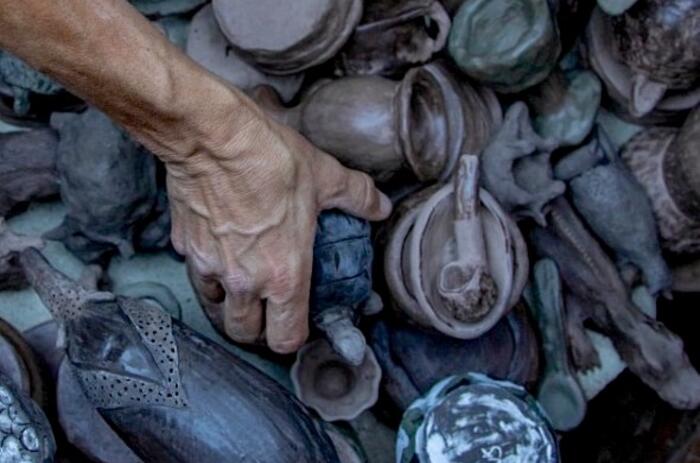 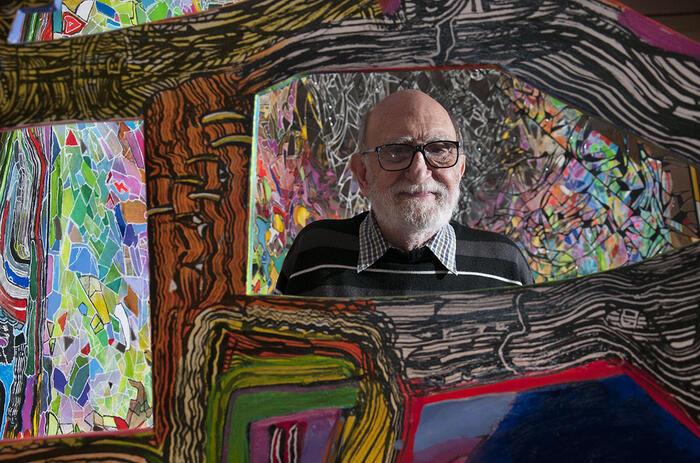 The renowned Argentine artist Luis Felipe “Yuyo” Noé is also a part of BIENALSUR 2021, the International Biennial of Contemporary Art of the South, which emerged at Argentina’s Universidad Nacional de Tres de Febrero and is held in 124 venues in 24 countries around the world. The installation "Entreveros BIENALSUR / MUNTREF" can be visited in Buenos Aires, at the MUNTREF Centro de Arte Contemporáneo (at its Hotel de Inmigrantes venue), until the end of December. 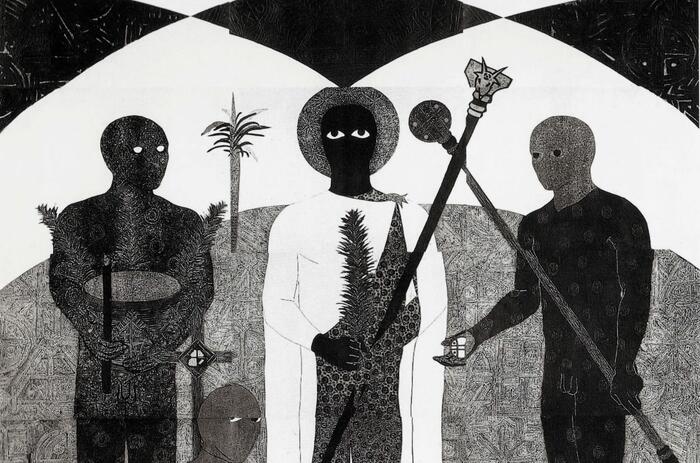 Colografias, the first European retrospective in honor of the Cuban engraver Belkis Ayón (Havana, 1967-1999) was inaugurated on November 16th at the Museo Nacional Centro de Arte Reina Sofía, in Madrid. The exhibition, which brings together around 80 works produced between 1986 and 1999, constitutes Km 10048 of the International Biennial of Contemporary Art of the South (BIENALSUR), since it is a part, as an associated exhibition, of the biennial held in 124 venues around the world.

BIENALSUR: AT THE REINA SOFIA, CUBAN ARTIST BELKIS AYON HAS HER FIRST RETROSPECTIVE IN EUROPE 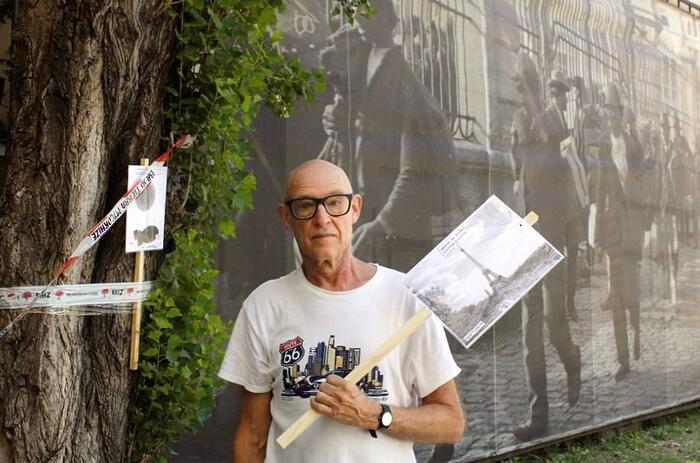 Almost 51 years after the inauguration of an artwork that extolled communication and symbiosis between non-human living beings, science has now come to reinforce and update artistic concepts, with the reversion of an exhibition by the renowned Argentine artist Carlos Ginzburg. The conceptual and theoretical artist returned to Buenos Aires with the exhibition "MYCORHIZES: Trees communicate with each other through an ecological internet formed by the root-fungus symbiosis". The exhibition takes place within the framework of the International Biennial of Contemporary Art of the South (BIENALSUR 2021), and can be visited at the MUNTREF Sede Hotel de Inmigrantes, kilometer 0 of the international biennial that emerged at the University of Tres de Febrero in Argentina and is held in 50 cities around the world.

CARLOS GUINZBURG IN BUENOS AIRES: AN ODE TO SUSTAINABILITY, SCIENCE AND ART