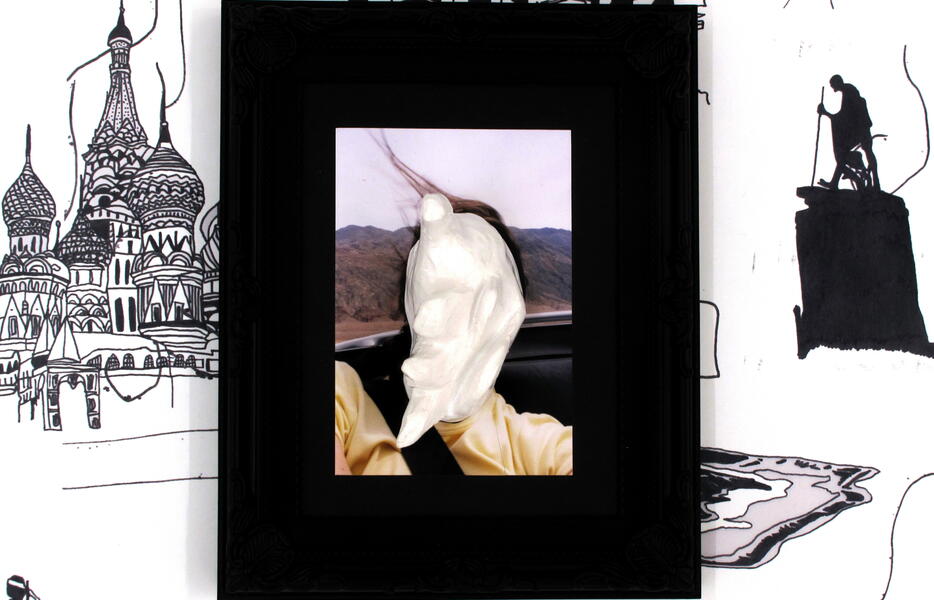 To undo the face is to decolonize the body, to release it from a regime of identifications. It would seem that Ohne Titel—the nom de guerre of Florence Drake del Castillo (1976)—has understood that in the collages on exhibit at Nora Fisch, photographs where the faces, those zones where we expect to find the domain of the self, are disfigured.

The images come before us like the place of an obstructed relationship. The characters have been removed from the photographs with utter disregard for their shapes, which means we are also barred access to their silhouettes, traces of absence. Instead, we see layers of fragments of photographs reframed and in different positions.

The places that the figures would occupy are like workshopsin which we see a changing state of things, where fragments of the image take part in processes we have trouble reading. Excavation sites in which we do not understand the meaning of the things that surface: cuts in photographs—separations and superimpositions—performed precisely so that we cannot put together anything that comes before our eyes. Identifications are ruptured and meaningless connections, connections prior to our ability to assign meaning, proliferate.

To look at these images is to fail to recognize and, in that failure, to make way for engagement with that which has no form. The viewer’s empathy and transference are relegated to a second plane. The detail only perseveres in the remains of legible surface that endure at the edges of the image. It is only from the edges of the photograph, from the confines safeguarded from the work of destruction, then, that the punctum can jump out at the viewer. And all we find in that place where we expect the figure is proof of its impossibility.

As Hal Foster recalls, vision is as much a screen that blocks the real as it is a sieve that endlessly filters it. Though they are technologies designed to obstruct meaning, Ohne Titel’s images still let meaning through because they are made of its very materiality.