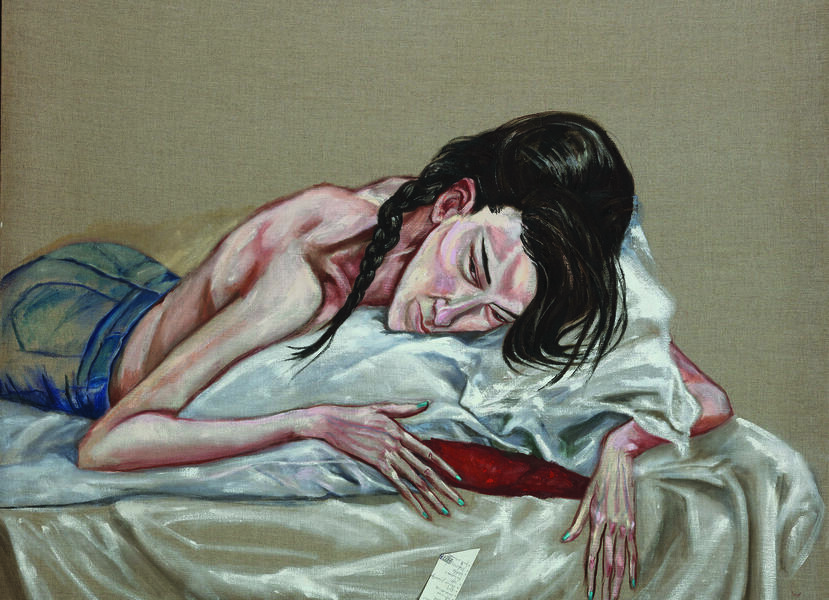 “A good mood is like a religion at a bargain price,” said the Indio Solari, with the eloquence of an anarchist baker, in an interview by sociologists Daniela Lucena and Gisela Laboureau that aimed to shed a little light on the emotional work of Argentine artists during the seventies and eighties. For Solari, that work consisted mainly of generating spaces—concrete (theaters) and abstract (songs)—where he could shelter his mood from a hostile political environment.

Ojo, the remarkable show on exhibit through January 2017, makes it abundantly clear that, as an artist closer to mobilizers like Solari than to Pirozzi and Pietra, Marcia Schvartz (Buenos Aires, 1955) is an extraordinary mood artist.

The curators are emphatic in their determination to develop a non-retrospective narrative on the basis of a selection of mostly very recent works: there is no Schvartz in exile, just a trio of works from the seventies, and almost nothing produced before 1996.

Yet, a symptomatic measure of Argentina’s political processes as mood makes itself felt in the circuit that the show formulates, where a strange process of psychic transition is explicit in the central gallery. That is where Erinia (el misterio del arte) [Erinia (The Mystery of Art)]—a painting from 2003 and one of the most remarkable works of Argentine art from the 21st century—is housed. The pre-2001 Marcia that appears in Ojo is the Marcia that stumbled her way through the systematic fog of the nineties, a vexed Marcia who retreated into nature as she studied the abstraction of violence.

After Erinia, Schvartz got her bearings back and set out—quite naturally—to find the culprits. Those responsible not only for Argentina’s historical traumas or for the “state of culture,” but also guilty of having once again channeled the flow of empathic action, the victims, the good guys. Revered students, corrupt cultural bureaucracy, traitors that sell the country out turned into personal enemies through the portrait—and vice verse.

That’s why, for Schvartz, the question of mood is not to be sheltered under a bell jar like a precious orchid in the middle of a forest fire. Moods swing, for better or for worse, and they can be the starting point for historical research, the way into the world—its bodies and its economic policies.