Candría’s images suggest the space in a distance not only geographic, but also temporal. On the basis of a series of images taken in Iceland and California, the artist reconstructs the phases of a journey that wanders in memory and imagination. 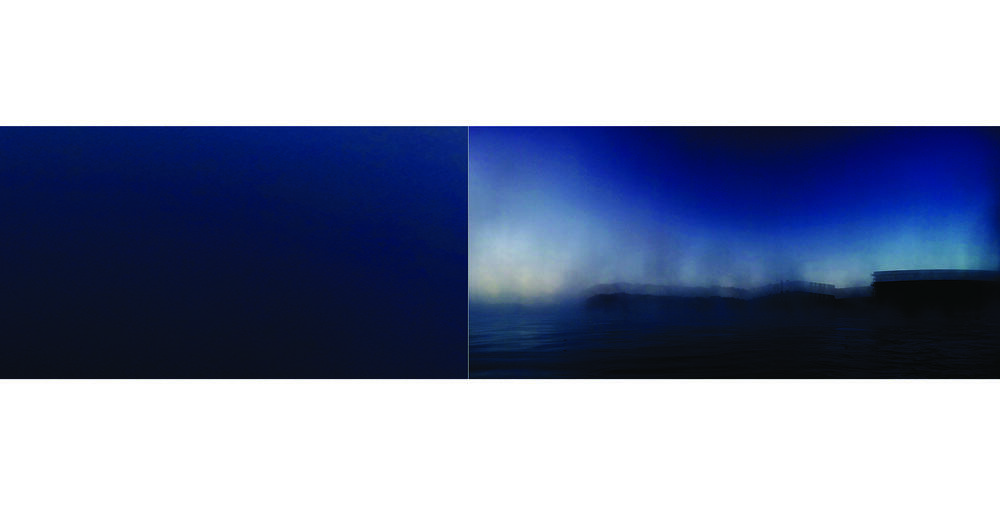 Commotion/Extroversion. It seems at times as if photography were, in spirit, a legacy of Munch’s alarming The Scream ratherthanof that slanted and blurry scene—the first photograph—that Joseph Nicéphore Niépce took from the window of his estate in Burgundy. Since then, the “great screams” of documentary photography—among them Nick Ut’s unforgettable Napalm Girl—have moved millions of viewers around the world. In the landscape, a foundational photographic genre, high levels of commotion have been central throughout history due to the impact of mimesis and the virtuosity of the procedures of illusion. Extroversions of detail and technique have, at times, nuanced the search for the vastness of the natural landscape envisioned as creation that exceeds the logic of anecdote and of verbal language.

Luján Candría’s introspective landscapes, meanwhile, seem to operate in other registers. Her ethereal images circulate in the nebulous and imprecise, yet revealing, stillness of the empty, of the Sfumato of the immaterial, and of the contemplation of silence—all of which tend to be absent in Western culture, due to the horror vacui syndrome, but are rich and complex in, for instance, Eastern worldviews. Entitled Afar,the show curated byAlba de la Paz brings together a selection of recent works by Candría, who lives in Miami.

As the title indicates, Candría’s images suggest the space in a distance not only geographic, but also temporal. On the basis of a series of images taken in Iceland and California, the artist reconstructs the phases of a journey that wanders in memory and imagination. Her diptychs act like pieces of a puzzle that would reconstruct the idea of an ungraspable whole in a manner reminiscent of Jorge Eduardo Eielson’s attempt, from the distance of imposed exile,   to capture the shores of his country in a series of paintings rich in material he called Paisaje infinito de la costa del Perú [Endless Landscape of the Coast of Peru].

Candría also makes use of fragmentation in the installation of photographs that seem to extend her evolution towards a contingent box where the figurative dissolves to become, at times, a simple color plane or a surface of hazy forms barely insinuated by the light of dawn or dusk. But the empty spaces in the image are also a blind field thatgoes beyond meaning into a dimension not implicit to the iconic register. In that spirit, these landscapes are akin to certain pre-photographic forms of the image, insofar as universe that exceeds the iconic, just as classic haiku perpetuate the contemplation of the instant in a meter as synthetic and revealing as the simple act of pressing the camera’s shutter button: some of Luján Candría’s seem to confirm that “On this road/ where nobody else travels/ autumn nightfall” (Matsuo Basho).