Josefina Guilisasti's work restores the anthropological, historic, and cultural value of objects that no longer have a voice. 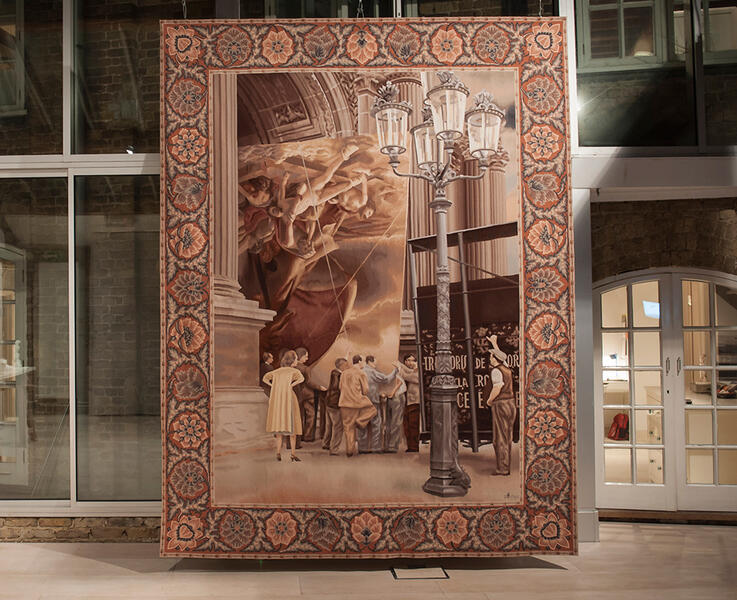 For over a decade, Guilisasti’s practice focused on the secular still life genre and the tricks it plays on the eye. She was interested not only in observing a largely obsolete tradition within art history, but also in studying obsolete household objects. Her work restores the anthropological, historic, and cultural value of objects that no longer have a voice.

This exhibition features a new body of work originally produced for the Museo de Artes Decorativas, Santiago, in 2014. For that earlier show, Guilisasti intervened on the museum space with a series of silicon renderings of porcelain birds, cups, and jugs from the museum’s collection. Entitled Objetos Light, the 2014 showconsisted of fifty-five silicon pieces cast from existing porcelain objects. The silicon objects in the intervention were placed in glass display cases alongside the original porcelain pieces in a visual trick that made it hard to distinguish the works in silicon from the original pieces used to make the casts. It is thanks to a video showing the objects falling to the ground that the trick is uncovered and we understand the use of elastic silicon.

Silicon is used to make very simple objects like kitchen utensils. In this sense, then, Giulisasti worked with both classic and contemporary materials. Mass use of silicon to manufacture objects as varied as breast implants and pastry molds began after World War II. With the title of the exhibition—Objetos Light, or Light Objects—the artist sought to emphasize silicon’s lightness and elasticity, traits diametrical to porcelain, the material used in the original objects.

The exhibition in London includes her most recent and ambitious work, La balsa de la Medusa [The Raft of the Medusa], a wool and silk tapestry measuring some 326 x 259 cm. In it, a band of laurels surrounds a color print of a photograph showing the moment in 1939 when Théodore Géricault’s famous The Raft of the Medusa was removed from the Louvre before the German troops arrived in Paris. The work harmoniously weaves different time periods together: the tapestry tradition of craftsmanship and master weavers, the moment when Géricault painted the canvas, and the moment when Hitler’s invasion of France was perceived. In making this work, Josefina Guilisasti was aware of the recent looting of artworks and monuments in Syria. With it, she formulates a complex network of historic contexts.

Guilisasti’s current research revolves around the robbery and destruction of artworks as a consequence of the armed conflicts that have ravaged the world for the last century (the Nazi regime and the Islamic State are prime examples). She began studying photographic materials related to plunder, which gave rise not only to this tapestry but also to the four large-format oil paintings to be featured in her forthcoming exhibition at the Museo de la Memoria y los Derechos Humanos in Santiago, Chile.