The point of departure for this exhibition curated by the Aluna collective is fragmentation as a constant of contemporary society. 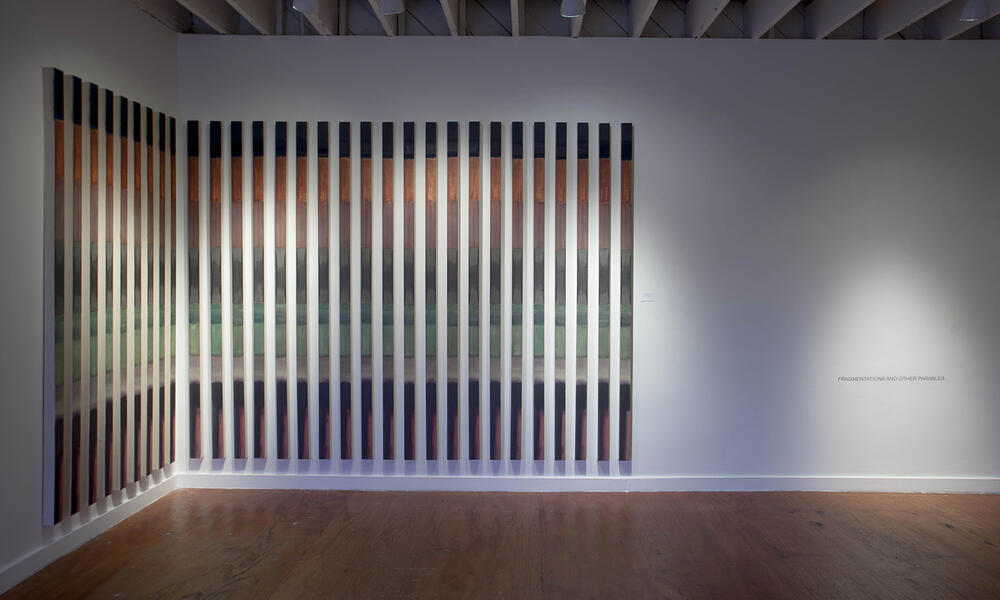 The point of departure for this exhibition curated by the Aluna collective (Adriana Herrera and Willy Castellanos) is fragmentation as a constant of contemporary society. The show brings together nine artists who address that theme either by questioning the artistic practice and the art object or by exploring memory and other mechanisms to interrogate individual and/or collective experience.

The gallery brings together an array of approaches to fragment as creative material, one that plays different roles in the definition of taste and the determination of current aesthetic behavior. Two extremes might lie in the work of Sam Winston and Mabel Poblet: whereas for Winston the fragment comes from a literal act of splitting, Poblet’s photographs construct a personal narrative from details. In the first, the destruction of the art object gives rise to another object where the question of art, its possibilities and limits, is once again questioned; in the second, the exploration of memory is a window into the action of the subject and her affective connections to the time and space she inhabits, whether a real physical setting or the maze-like and overpopulated universe of memories.

Works by Florencio Gelabert and by Viviana Zargón also dwell in that relationship of contrasts, as do the proposals of Alfredo Álvarez Plágaro and Miguel Acosta—though, of course, communicating vessels can always be found between seemingly divergent stances in, say, Gelabert’s work. One of the few Cuban artists of his generation to dedicate his production to the exploration of sculpture and its potentials, Gelabert deploys a minimalist delicacy in his approach to the fragment. It is absolutely coherent with the rest of his production that the ruin, the fractal beauty of shattered material, entail a revision of the functionality and definition of sculpture as such, as well as an archeology of his individual and family history.

In what Italian semiologist Omar Calabrese might call Neo-baroque concert, the works in Fragmentación y otras parábolas question, on the basis of art, the unconvincing unity of modernism and its dubious lineage. Poly-dimensionality and the value of the replica collide with the homogenous, though—startlingly—the fragment as motif often betrays its value as isolated element to act as symbol for the whole, for a lost and yearned-for integrity, which may perhaps be the greatest of the parables that has marked the history of man.