The show Slow Motion features the most important outgrowths of the creative universe of an artist that invites the viewer to take a new look at the art of movement. 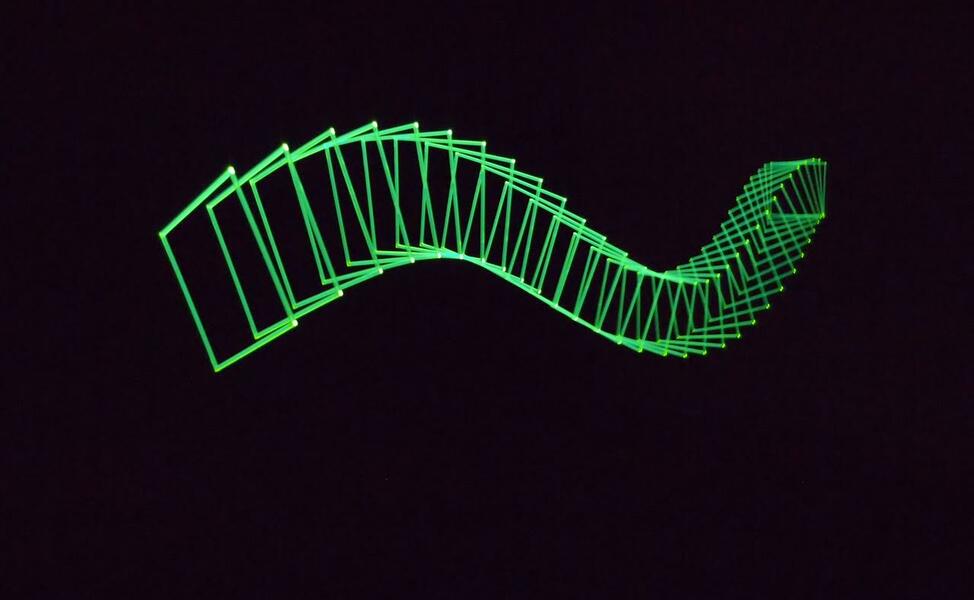 Circles, squares, triangles, ellipses, and aligned bars give shape to abstract forms that, in a slow and fascinating choreography, hang in space or work their way down the gallery at the Maison de L'Amérique Latine in Paris. The show Slow Motion features the most important outgrowths of the creative universe of an artist that invites the viewer to take a new look at the art of movement.

Elias Crespín sculpts on the basis of mathematical algorithms with which he controls the movement of the works as if they formed a musical score that dictates the choreographies. Composer Jacopo Baboni Schilingi created an original work of generative music for Crespín’s Circular Inception, a piece discovered in real time as it accompanies the movements of the red circles. The composition thus follows the choreography of the work in movement imagined by the artist, setting up a dialogue between the world of sound and the world of the visual arts.

Crespín’s electrokinetic sculptures hanging from barely visible nylon threads are made of, among other materials, hand-modeled wire; they form geometric shapes that move from order to chaos. As he investigates form, space, time, and movement, Crespín often engages in color study by experimenting with the qualities of different materials—the luminosity of plexiglass, the graphic delicacy of metal, and the contrasts between copper and brass—making the most of their aesthetic properties.

Elías says that he wants to create “fluid, winding, organic, and aquatic” movement in all of his works, movement open to each viewer’s interpretation and imagination. And—when we see viewers huddle together before the surprising set of works to observe, silently, their appealing movements in an unlikely floating ballet where structures create worlds, capture vision, and free minds—we can say that he has certainly accomplished that feat and provided a poetic experience of a visual and sensorial nature.