The Main Hall of the Usina del Arte houses an imposing installation by the Argentine artist Eduardo Basualdo, which can be seen until April 22nd. 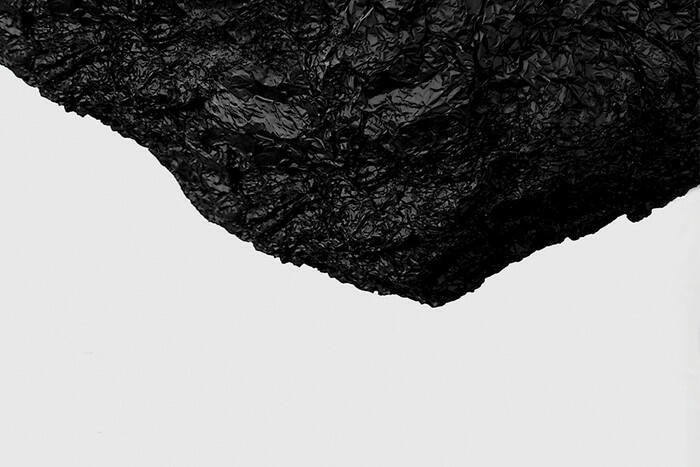 The head of Goliath. The giant beheaded by King David after knocking him down with a stone, according to the biblical account. Theme addressed in art history by great artists such as Caravaggio, Rubens, Titian. Also used by the Argentine writer Ezequiel Martínez Estrada, who called The Head of Goliath to a recognized essay of 1940 to allude to the disproportionate growth of the city of Buenos Aires in relation to the rest of Argentina. The imposing installation of the Argentinean artist Eduardo Basualdo (Buenos Aires, 1977) takes up the name of this essay and by this he resituates the story of the Old Testament back in time in relation with art.

The head of Goliat of Basualdo, at the Usina del Arte in the Buenos Aires neighborhood of La Boca, confronts us with an object of aluminum painted black, seven meters high, with a texture of rough appearance and a weight close to 400 kilos . For a moment we hesitate to place ourselves underneath, observing the thin, short chain from which it hangs and the small distance that separates the work from the floor. But impossible not to do so, driven by curiosity and an enigmatic sound that we can not specify if it is emitted by the object. The illusion created by the artist Nicolás Varchausky reproduces the sound of infinite free fall and works as a disturbing and hypnotic mantra. Then, we began to ask: how did that huge object get there? Is the giant's head fossilized by time? Is the stone thrown by David that returns immense to remind us of the law? Is it a city whose atmosphere became a dense layer of smog or polluting crust?

The artist presented a first version of this work at the Palais de Tokyo, in 2014. The works of Basualdo - invited to the Venice Biennale in 2015, among other outstanding international participations - offer as many clues as a productive uncertainty when raising questions linked to aspects of the existence of man. Like the helicopter that could not take flight - in the edition of last year of arteBA -, the lagoon that was emptied and refilled or the installation of dozens of clocks on the floor linked to the impossibility of measuring the time of a confinement or captivity. His head of Goliath also recalls René Magritte's painting, The Castle of the Pyrenees, 1959, whose central image represents a stone, similar to the object of the installation, suspended between a sky with clouds and the sea. At the top of the stone the Belgian artist imagined a castle. A scene as unreal as the scenery in which Basualdo submerges us. But if this painting refers us, perhaps, to a utopia, the work of the Argentine artist seems to presage a certain drama or tragedy? or the after them. We do not know and that impossibility places us before the option of surrendering or entering the challenging framework of the work until we are part of it.