Carle Catafago’s vistas celebrate the extraordinary landscapes south of the South, and convey, at the same time, their disturbing fleetingness. 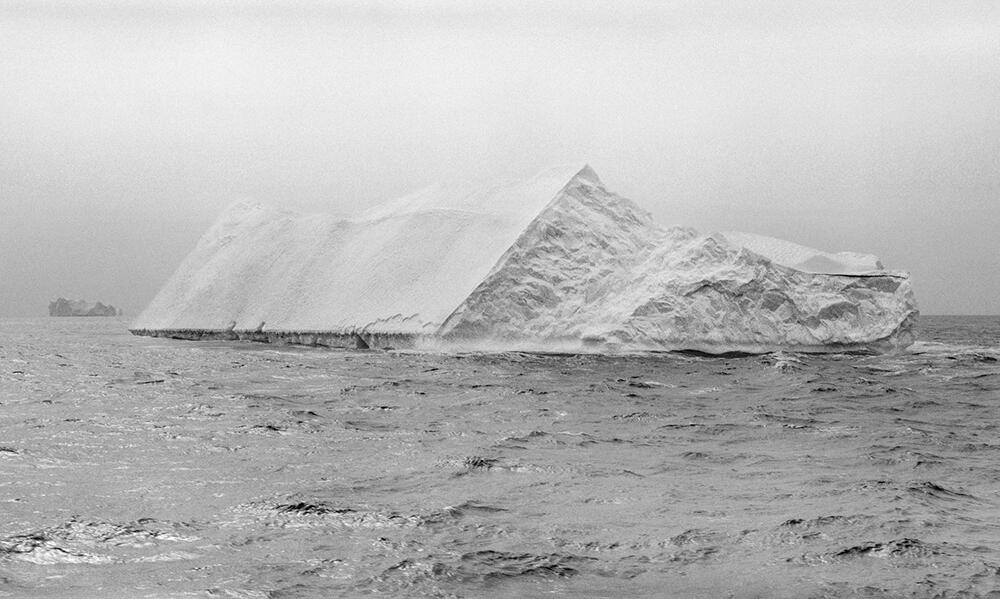 The series Monumentos a la deriva (Monuments Adrift), by Christian Carle Catafago (France, 1968), portrays the grandeur and beauty of some of the icebergs in the Antarctic region. “These giants may disappear in a matter of weeks; I see them as a symbol of the acceleration of our time,” the artist pointed out at the opening of his show at Praxis International Gallery. The statement could not have been more accurate nor the coincidence more brutal. A few days later, NASA warned about the fact that the Larsen B Ice Shelf – a gigantic glacier that has existed for at least 10,000 years and whose barrier partially collapsed in 2002 – will disappear completely before this decade ends. Now the images captured by this artist, who specializes in urban and extreme landscape photography, take on a new meaning; his formidable photographic recordings will also be testimonies of what will no longer exist.

The term “acceleration” – to refer to the movement of those ancestral masses of ice that Carle-Catafago alludes to – has not been randomly chosen. It recognizes the influence of Paul Virilio, a cultural theoretician and urban planner who developed in his texts and classes the relation between technology and speed and power, the arts, the city, architecture, and who was his teacher at the School of Architecture in France.

The artist, who started showing his work in 1996, chose to work in black and white and using a panoramic camera similar to the 19th century ones, with long exposure periods “in spite of the difficulty that taking photographs from a boat, where everything moves, represents.” Like ships plying choppy or calm waters, with stormy or almost clear skies, the ice masses breaking loose from the Antarctic Continent appear, nitid, in their majestic solitude. Carle Catafago’s vistas celebrate the extraordinary landscapes south of the South, and convey, at the same time, their disturbing fleetingness.