ART IN THE MARSH: AN EMERGING SCENE IN BUENOS AIRES

ART IN THE MARSH: AN EMERGING SCENE IN BUENOS AIRES

The cultural proposal of the collective PANTANOSUMPF and its exhibition Anábasis, in Buenos Aires. Young artists from the River Plate, between the weight of the past and the resignification of the present. 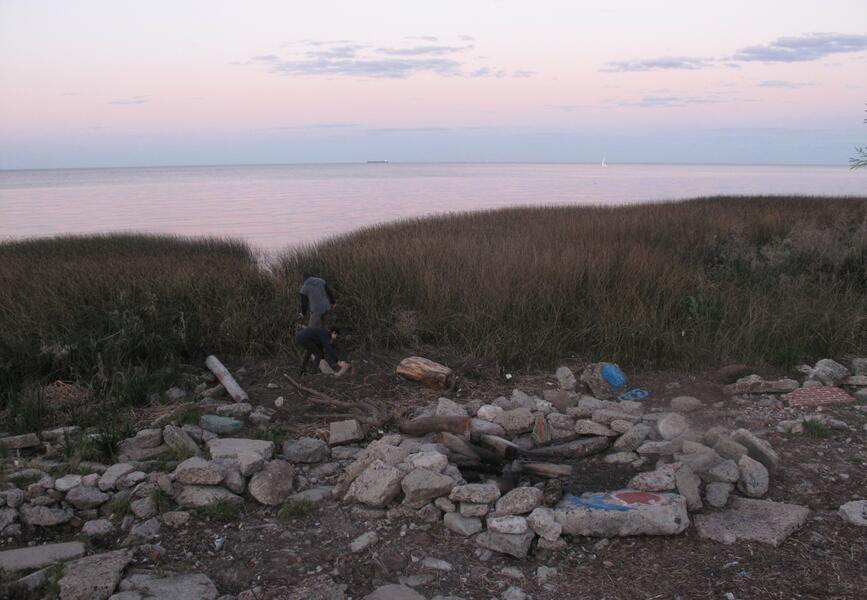 The Anabasis exhibit begins with an empty container. A worn and transparent jar, waiting to be filled. Filled with what? This abstract question defines PANTANOSUMPF's sense of being. Artists collective? Emerging platform? Cultural movement? Everything at once. The refusal to enclose themselves in a defined category is what, paradoxically, defines the people of Pantano (Marsh) (Sumpf, the same word in German).

In the Buenos Aires Sur Gallery (Bolívar 1268, San Telmo, Buenos Aires) they mounted an eclectic, intriguing, young, insurgent exhibition. An uprising against nothing in particular, a diffuse declaration of principles raised from the periphery against a center that they neither want nor can identify. The Greek term ‘anabasis’ illustrates an expedition from the coasts to the interior of a country, and that is what they propose. PANTANOSUMPF is presented as the state of mind of a youth in search of new symbols and ways of relating, it proposes the self-proclaimed “post-contemporary” reinvention of the River Plate swamp in which its members inhabit. Pantano is an attitude expressed in art, it is the search for a new identity that arises from the muddy marsh on which the globalized megalopolis of Buenos Aires beats. It is in this city, as in every large capital, where tradition and postmodernism merge into an uncertain melting pot, a constellation of unclear identities that, in the current century of atomization, do not form a defined mainstream, a unique pop culture. PANTANOSUMPF vindicates that orphanhood, it is proposed as an artistic platform and a creative opportunity of a local nature, a bastion of neoporteñism (people from Buenos Aires are called porteños, or port-dwellers) with roots in the River Plate which expresses with pride and a good eye what is happening here, as anywhere else. Without hesitation, they declare: “The River Plate imagery is cracked. Traditional symbols have expired.” In that (void?), or over that swamp, the novelty arises, an original creature of current times and of the people who today give life to the art of the region. “Everything that comes close to the swamp sticks to it. It represents caking and accumulation.”

Anabasis, then, is presented as a multidisciplinary and open exhibition, and is one of the first events of PANTANOSUMPF. It was staged by a variety of sub-30 artists who explore different themes through different platforms and methods; however, they achieve a narrative coherence that the observer manages to grasp, relying on a clearly established conceptual scheme and often with the enthusiastic guide of protagonists like Jantus, who have made the gallery a home during the month of the exhibition. Committed to the spirit of collective cooperation that reigns today on the independent scene, the organizers launched a call for social media and selected artists with whom the exhibition was completed (Eva Luna Maissa, Blas Altamira, Kris Suárez Páez, Micaela Comelli, Melanie Barbará, Uevofrito, Florencia Villafañe, Rosita Chicle, Cino, Johanna Ekonen and Fernán Cetrán).

Paintings, video installations, objects, photographs. Everything coexists in harmony, sometimes trashy, as in the installation "La Grela" (by Gatkat and Lucía Ortelli), sometimes with delicate styling, as in the paintings by Joaquín Longinotti. At times carefully conceptual, in "Ernesto Romeo" (by Bruno Prin and M in Merfai), other times with a crude clarity and not at all metaphorical, as in the paintings by Jantus that make up the work "Mutilations" - a set of paintings in acrylic and synthetic varnish on canvas, exhibited with ease, some torn and broken, revealing the frames of the painting, exposing what its author calls the "bone structure" of the work.

What is perhaps the opus magnum of the exhibition is a collective painting called “Scheme of Masculinity of Pantanosumpf”, a sort of conceptual diagram of the PANTANOSUMPF ideology. In it, Jantus, Maxi Bagnasco, Gatkat and Lucía Ortelli collaborate to metaphorize the gradual transition from the pantanesque and primitive towards our era of the digital, a path that is largely antithetical, of opposing ideals, an oscillation between chaos and order. In “Scheme of the Masculinity of Pantanosumpf” irony coexists, with an angelic and almost kitsch portrait of Goyo Degano -the vocalist of the popular band local Bandalos Chinos-, and the ode to modernity of the references to Ernesto Romeo, a talented musical producer -international reference in the field of synthesizers- and co-founder of the studio La Siesta del Fauno. Next to the collective work there were, for two days, showcases exposing a roast of decomposing hatchlings. The meat hung behind the glass, as an ironic nod to the carnivorous culture of the River Plate, but its exhibition had to be canceled when the glasses were expelled by gases, as if they had wanted to accentuate the sarcasm that PANTANOSUMPF likes to insinuate, halfway between the playful and the rebellious.

What moves PANTANOSUMPF is to fill that empty jug from the beginning with the muddy water of the Rio de la Plata. Flood with meaning a place that is used to looking outwards, praising the cosmopolitanism of others and the artistic scenes of other places. Buenos Aires is a city that lives with its back to the river, and yet it has the habit of constantly turning its head, looking askance at what happens in far corners. Thus, the city’s character has always required us porteños to complete the meaning of our time and space with elements from other times and places. We are that magnetic city that is the product of cultural mixtures and fusions, and that amalgam is the one that stands as the heart of the River Plate, an organ that struggles with foreign aestheticism in a constant, contradictory and chaotic entanglement. At the same time, it disdains it and makes it his own. Past aesthetics coexist with a vibrant and diverse present that wants to take shape, to find in these places an identity that exists in the bustle of a vibrant and diverse city. El Pantano, then, is that messy mud in which the male slush of the River Plate and the delicate petals of postmodernism merge, and PANTANOSUMPF is its voice. A clamor of young people in pursuit of rejuvenation, an unprejudiced and associative attitude that arises, worth the redundancy, as the embodiment of the present.