Article commissioned by Y.ES Contemporary as part of the 2019 Y.ES Artist Academy focused on arts writing, program led by Gabriela Poma. An iniciative of the Robert S. Wennett and Mario Cader-Frech Foundation, Y.ES Contemporary creates opportunities for outstanding Salvadoran contemporary artists to advance their artistic practice and engage with artists, curators, collectors, gallerists and the media within and outside El Salvador. 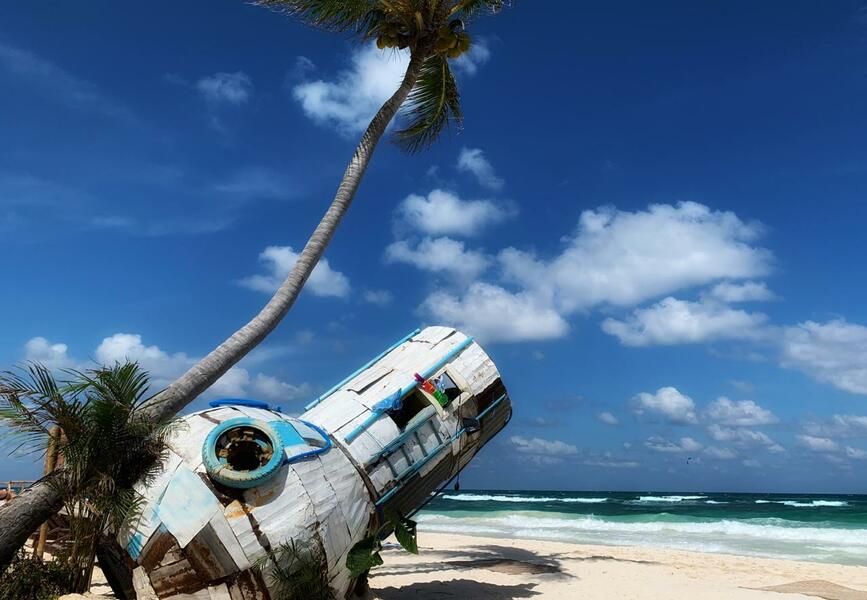 The exhibition Diálogos en el Arte Salvadoreño 1900-2017, curated by Simón Vega and Rafael Alas in 2017 for the Museum of Art of El Salvador (MARTE), offers a possible panorama of Salvadoran artistic production.

Donde hubo Fuego… (Where there was Fire…),the exhibition’s curated section of contemporary art, reveals works that create a multiplicity of languages and investigations that respond to El Salvador’s social problems and are influenced by the strong imprint of the armed conflict during the 80’s.

Although contemporary art according to Western history begins in the second half of the 20th century, in El Salvador —according to  Vega— its first expressions appeared at the beg inning of the 21st century; performances, video art, actions, among other languages catalogued as avant-garde were quickly reproduced, accompanying and gradually becoming more visible than the more traditional media common at that time, such as painting and sculpture in bronze or wood. During previous decades, aesthetic, theoretical and philosophical trends from America and Europe were being assimilated, leading to the emergence of galleries— such as Espacio, 123 and Laberinto, among others— which brought with them an incipient art market. The necessary environment was created so that the local artistic field could develop and become equal or similar to that of the avant-garde institutions being observed up to that moment. Since then, a fine line has been traced, one that is constantly evolving and strengthening.

Donde hubo fuego... besides showcasing the most outstanding artists of El Salvador’s art scene, shows how there can be a possible common denominator, a denominator that transcends the generational and remains unchanged through time; this same denominator extends itself in the different spheres in which current artistic processes are developed, modifying them in favor of a single objective: to strengthen an aesthetic regime.

“[...] according to the conventions of both rupture and formal experimentation established by the European and North American avant-garde movements. The result, as we know, often resembles a championship league with winners and losers. Usually, the winners are artists who adapt without much difficulty to this tradition. The losers, in turn, remain the art producers of non-central or marginal cultures and civilizations [...]”. In Mari Carmen Ramírez’s statement [1], the polarity marks a clear distinction between production that is legitimatized and production that corresponds to the periphery. In one extreme we find gallery/white cube artists who, in our context, are highly interested in the problematics of gender, anti-racism, ecology, violence, post-war, LGTBIQ  among others. These artists problematize the state of these issues, making this the main resource for their work [2]. At the other extreme are the peripherals, retractors resistant to these metadiscourses.

This line, established by the differences, responds to an aesthetic regime that invades the different fields of artistic production and is responsible for our need for biennials, galleries, fairs, markets, exhibitions, the entrance to the international exhibition elites, among other activities taken from the westernized model of art in which transforming the power of creation into merchandise and financial assets is synonymous with success. There are multiple examples of these conventions linked to the development of the contemporary artist in El Salvador, conventions that for the most part continue to be determined by the art model of the early 21st century. Although these conventions are to some extent positive for an artist's individual career, their detrimental impact is only measurable considering the totality of active artists in the field.

The need to resemble the center, cauterized in our subconscious, led to the emergence of this aesthetic regime that has remained stable, determining education, production models and dictating conventions that have an impact on emerging artists, promising a place in the market in exchange for diverting the drive for creation:

“[...] These new international elites dominate the art market because of their power to buy works and to participate in the boards of major museums... Artists tend to adapt to their demands in order to secure a place in this scenario. Thus, also in this field, the power of creation is being diverted from its ethical destiny and taken towards the production of merchandise and financial assets". [2]

Likewise, the regime consumes initiatives that try to break through in a field that lacks criticism, divergence and alternative ways of growth in exchange for a safe place on the stage.

Nevertheless, in the face of this aesthetic regime, there is resistance.

According to Ramírez the losers are the producers of a non-central or marginal art. Although the word loser usually has negative connotations, in this context it is not synonymous with a pejorative qualification, but with freedom. The losers, by freeing themselves from the center and from the conventions and demands dictated by the regime, develop an alternative way of creating discourses, products and aesthetic experiences that respond both to their locality and to their own researches.

Within this resistance there are artists like Simón Vega who operate from within the system, inserting themselves and their work in an international exhibition scenario, dialoguing with dynamics between the first and third world. Likewise, the work of Guadalupe Maravilla (Irvin Morazán) generates an exchange between multiculturalism and the shamanic practices and rituals of pre-Columbian cultures. Both artists, although operating in a particular type of setting in which resistance to the aesthetic regime is possibly made exotic, the interests and the implicit discourses of their proposals remain firm, revealing a link to their origin, heritage and authenticity.

This resistance, in addition to operating in the diaspora (Victor Hugo Portillo, Verónica Vides), also operates within the boundaries of the local environment with resilient artists constantly transmuting traditional production practices to create new languages that obey only to the life force of creation (Gerardo Gómez, Natalia Domínguez, Javier Ramírez/Nadie, as well as those belonging to a different generation such as Antonio Bonilla and Ana Beatriz Deleón) The production of these artists, among others, both discursively and aesthetically does not respond to the conventions dictated by the regime; rather, it responds to its transcendent flow in which the aesthetic product contains in itself a high degree of discrepancy in the medium.

Aesthetic resistance consequently potentiates a resistance to the hegemony of the regime and outlines an opening towards the renewal of the medium. To oppose the decrees dictated by this regime is to strengthen the trigger of change that our artistic medium needs.

Eduardo Crespín is a Salvadoran artist and curator based in La Libertad, El Salvador, and cofounder of “Ensayo y Error” project. He studied a BA in Curatorial Studies and Arts Management in Buenos Aires, Argentina. He has been awarded a FANTEL Scholarship, Academic Excellence ESEADE Scholarship, 2019 Flotador Grant by TEOR/éTica and a 2020 Y.ES Grant for Curators.