Under the care of guest curator Emma Lavigne, the 14th Lyon Biennale of Contemporary Art brings together a breadth of artists who echo the instability of these times. 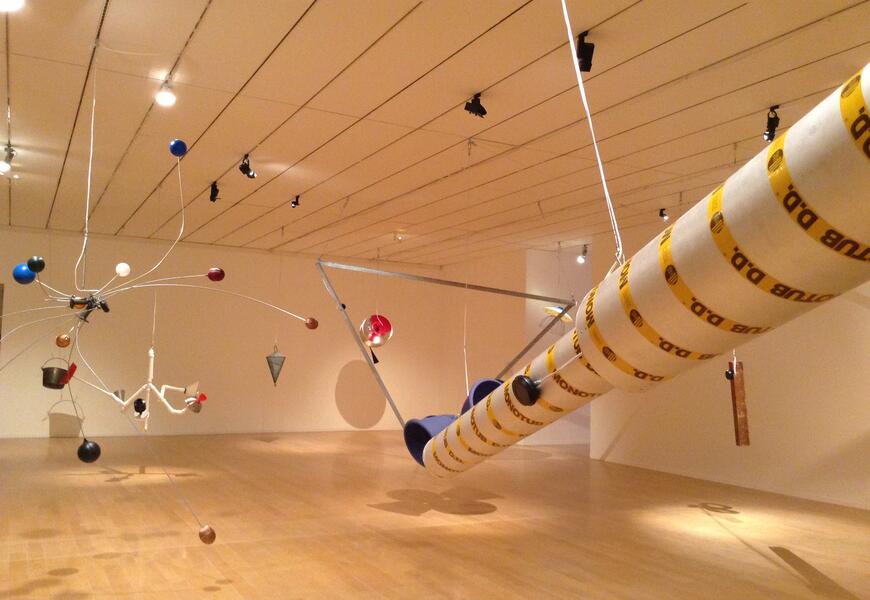 Under the care of guest curator Emma Lavigne, the 14th Lyon Biennale of Contemporary Art brings together a breadth of artists who echo the instability of these times. As is evident in its main exhibition, Floating Worlds, the event is as poetic as it is anchored in the present. Works by over seventy artists of different nationalities and generations are what render those "Floating Worlds"—a symbolic response that furthers the thread of a trilogy on modernity that Thierry Raspail, artistic director of the biennale, began in 2015.  Mix of tragedy, poetry, provocation, and utopia, the focal point here is mankind’s place in a society in the throes of globalization and the dissolution of identities.

The biennale is laid out like a promenade at the center of which lie the Musée d'art contemporain de Lyon, La Sucrière, and Richard Buckminster Fuller’s biosphere—a nomadic space where Céleste-Boursier-Mougenot’s work is on exhibit. The biennale extends into other spaces in Lyon and outlying regions: the Institut d'Art Contemporain in Villeurbanne geared to new art from France and beyond; La Tourette convent, which each year invites a contemporary artist (this year, it is Lee Ufan) to make use of the spaces designed by Le Corbusier; and the Fondation Bullukian, which is holding a show of Lee Mingwei’s work.

Interrogation of the concept of “modernity” is widespread at present; the digital age has forged ties between previously unconnected elements, thus necessitating reexamination of modernity from multiple perspectives—sciences, belief systems, globality, the environment, art, universalism, traditions, relativism, reason, and identity, that is, the sustenance of art today. Floating Worlds illustrates contemporary reality characterized by the dissolution of identities, ceaseless mobility, the elasticity of ties, and chaos in many different fields. In that context, it explores the legacy and meaning of the concept of modernity in current art. In light of a shifting modernity marked by the disappearance of borders and the formation of countless networks, the biennial organizes intersections and dialogues between works, periods, and styles, from Arp to Ernesto Neto and from Lucio Fontana to Julien Creuzet. The works engage in exchange and collusion: the forms floating in the air in the mobile by Calder are connected to Cerith Wyn Evans’s A = P = P = A = R = I = T = I = O = N inspired by Mallarmé’s poetry and to the work of Marcel Broodthaers, for whom that poet was the origin of contemporary art and the unconscious inventor of modern space.

Evident throughout the biennale is the artists’ process of discernment, of construction and destruction of codes. Visitors are propelled into a “floating world” peopled by intoxicating works. Turned into actors, they have no choice but to wander through this labyrinth of startling and diverse aesthetics and utopias, this archipelago of works that is a series of scenes or stopovers that leads viewers to slow their pace as they find themselves reaching a new awareness or besieged by admiration, by the impulse to contemplate and to reflect.