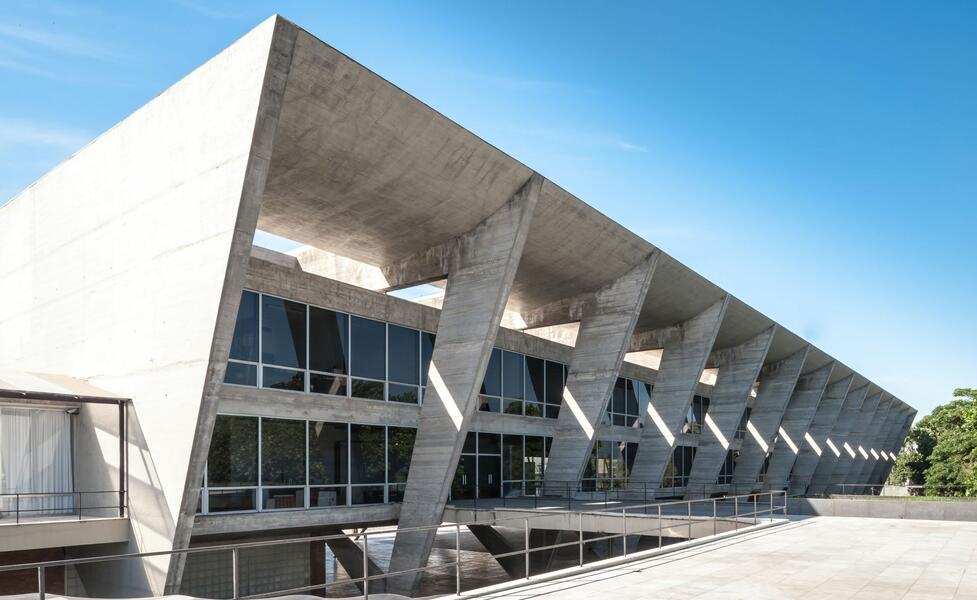 On May 3, 2020, the date of its 72nd anniversary, Museu de Arte Moderna do Rio de Janeiro (MAM Rio) has opened an international South American call to select a new artistic director. MAM Rio has one of the most important modern and contemporary art collections in Latin America.

The post of artistic director of MAM Rio is open to Brazilians, citizens of Mercosur countries (Argentina, Bolivia, Chile, Colombia, Ecuador, Paraguay, Peru, and Uruguay), and people of other nationalities with a visa to live and work in Brazil. The employment contract will have an initial term of two years, and may be renewed.

The new artistic director will replace the art critic, professor, and curator Fernando Cocchiarale, with responsibility for curating the museum, its collections, and its contemporary art exhibitions. The professional will also oversee a broad range of projects and events run by the film, documentation, and education departments, including a partnership with the Capacete international art residency, whose activities, agenda, and research processes will be integrated with other MAM Rio activities.

In line with our commitment to transparency, there will be a two-stage selection process involving two different committees. The names of the committee members will only be made known with the final result. The deliberative committee will be made up of members of the museum’s team with complementary competences. The consultative committee will be made up of actors from the field of culture, including artists, curators, and leaders of organizations in the museal sector. Care will be taken in the selection of professionals involved in the process to ensure there is no conflict of interest or risk of decisions being made for personal gain. MAM Rio is committed to protecting the privacy of all those involved in the selection process.

Founded in 1948, MAM Rio is devoted to avant-garde and experimentation in art, film, and culture. With around 15,000 artworks, it has one of the most important collections of modern and contemporary art in Latin America.

MAM Rio is a non-profit civil society organization of public interest. It is funded by individuals and corporate entities, and currently counts on permanent funding from Petrobras, Itaú, and Ternium, via the federal law for the promotion of culture, as well as sponsorship from the PetraGold Group.

The MAM Rio building, which has housed the museum since 1958, is known internationally as an exemplar of modern architecture. It was designed by architect Affonso Eduardo Reidy, who also devised the walkway that connects the museum to downtown Rio de Janeiro and the urban park, Parque do Flamengo, in which the museum stands. The MAM Rio gardens and the park were landscaped by Roberto Burle Marx, hailed as the greatest landscape artist of the twentieth century.

Since January 2020, the museum has been under new management, led by the executive director, Fabio Szwarcwald. The transformation process of MAM Rio has been designed to reorient the museum along the lines of its original purpose, sustained by the three pillars of art, education, and culture.