For my eighteenth posting ofthe Getty-led initiative exploring Latin American and Latino art in dialogue with Los Angeles, we will look at the Japanese American National Museum’s exhibition Transpacific Borderlands: The Art of Japanese Diaspora in Lima, Los Angeles, Mexico City, and São Paulo on view from September 17, 2017 through February 25, 2018. Similar to previous postings, this one is based of the museum’s press release. The presenting sponsor is Bank of America. 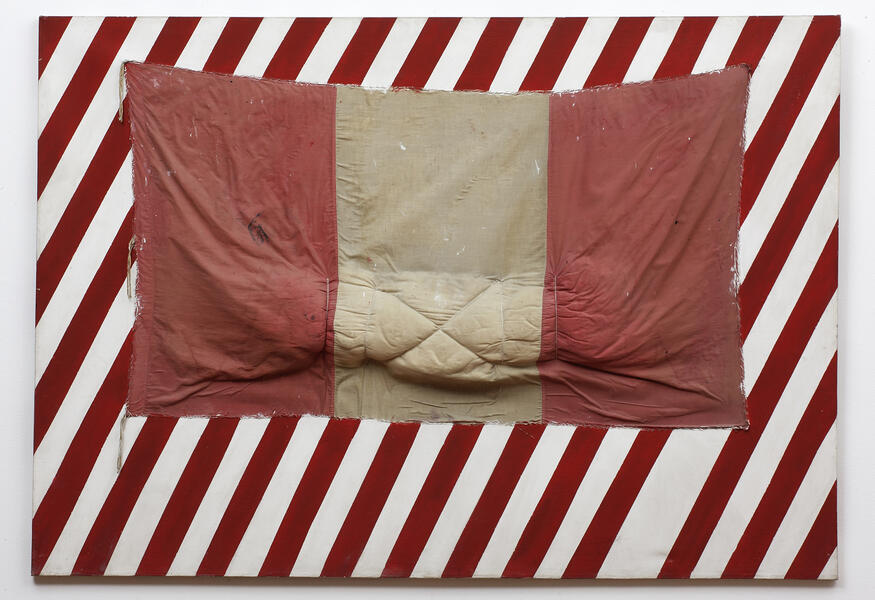 Transpacific Borderlands: The Art of Japanese Diaspora in Lima, Los Angeles, Mexico City, and São Paulo will examine the experiences of artists of Japanese ancestry born, raised, or living in either Latin America or predominantly Latin American neighborhoods of Southern California. The curators are Jaime Higa from Lima, Peru; Kris Kuramitsu from Los Angeles; Miho Hagino from Mexico City; Michiko Okano from Sao Paulo, Brazil. The accompanying catalogue features full-color images and essays by the exhibition’s four curators along with writings by leading scholars of immigration and diversity from across the Americas. It is edited by Emily Anderson and published by the museum.

Historical events have shaped the Japanese diaspora worldwide. The countries of Peru, the United States, Mexico, and Brazil experienced the most significant numbers of Japanese immigrants, mostly as a result of the need for labor. Asian American Studies and Latin American Studies scholars have researched the historic immigrant experiences of the Japanese diaspora in the Americas, but few, if any, have examined the work of artists of Japanese ancestry in these regions and their contributions to this vast cultural landscape. Transpacific Borderlands will focus on the art and artists of these four critical regions.

Peru, the first Latin American country to open its doors to Japan, has a long and rich history of Japanese integration that culminated with the controversial presidency of Alberto Fujimori. The large Japanese Peruvian population produced a number of artists who addressed a variety of human and social issues in their work, often tied to the prominent events and issues of their respective generations. Among these are Patssy Higuchi, Sandra Nakamura, and Eduardo Tokeshi.

A more reflective and individualistic outlook prevails in Mexico. Interestingly, for some artists there, the topic of religion offers an indirect means through which they can explore the tensions and intersections between Eastern and Western cultures. These artists include Yuriko Rojas Moriyama, Kiyoto Ota, and Taro Zorrilla.

The cosmopolitan melting-pot culture of Brazil has encouraged Nipo-Brazilians to develop a strong cultural and civic presence in that country. Nipo-Brazilian artists such as Magdalena Hashimoto Cordaro and Erica Kaminishi tend to explore issues of identity more broadly, drawing on a variety of cultural sources with confidence and seeing themselves as part of a dynamic cultural ecosystem in which their Japanese ancestry is as generative as the mixed society around them.

In Los Angeles, where Latinos represent a sizable majority of the population, the city’s teeming multiethnic culture has been shaped by the blending of traditions and sensibilities from all over the world. Ichiro Irie, Shizu Saldamando, Kenzi Shiokava, and Shinpei Takeda exhibit a fluid and complex understanding of multiple, contingent, and concurrent cultural identifications.

The methods of artmaking favored by the artists in Transpacific Borderlands are diverse, ranging from traditional to experimental, and the work itself illustrates perspectives of the Japanese Latin American experience directly, metaphorically, and/or abstractly. The exhibition will show how ethnic communities, racial mixing, and the concepts of homeland and cosmopolitanism inform the creativity and aesthetics of this hybrid culture. It will also provide a visual record of contemporary Japanese Latin American art and contribute to the understanding of identity in a world where the meaning of race and ethnicity is con tantly evolving.

Stay tuned for our next posting on the Skirball Cultural Center, Another Promised Land: Anita Brenner’s Mexico  from September 14, 2017 to February  25, 2018 as this extraordinary artistic initiative of PST:LA/LA unfolds.